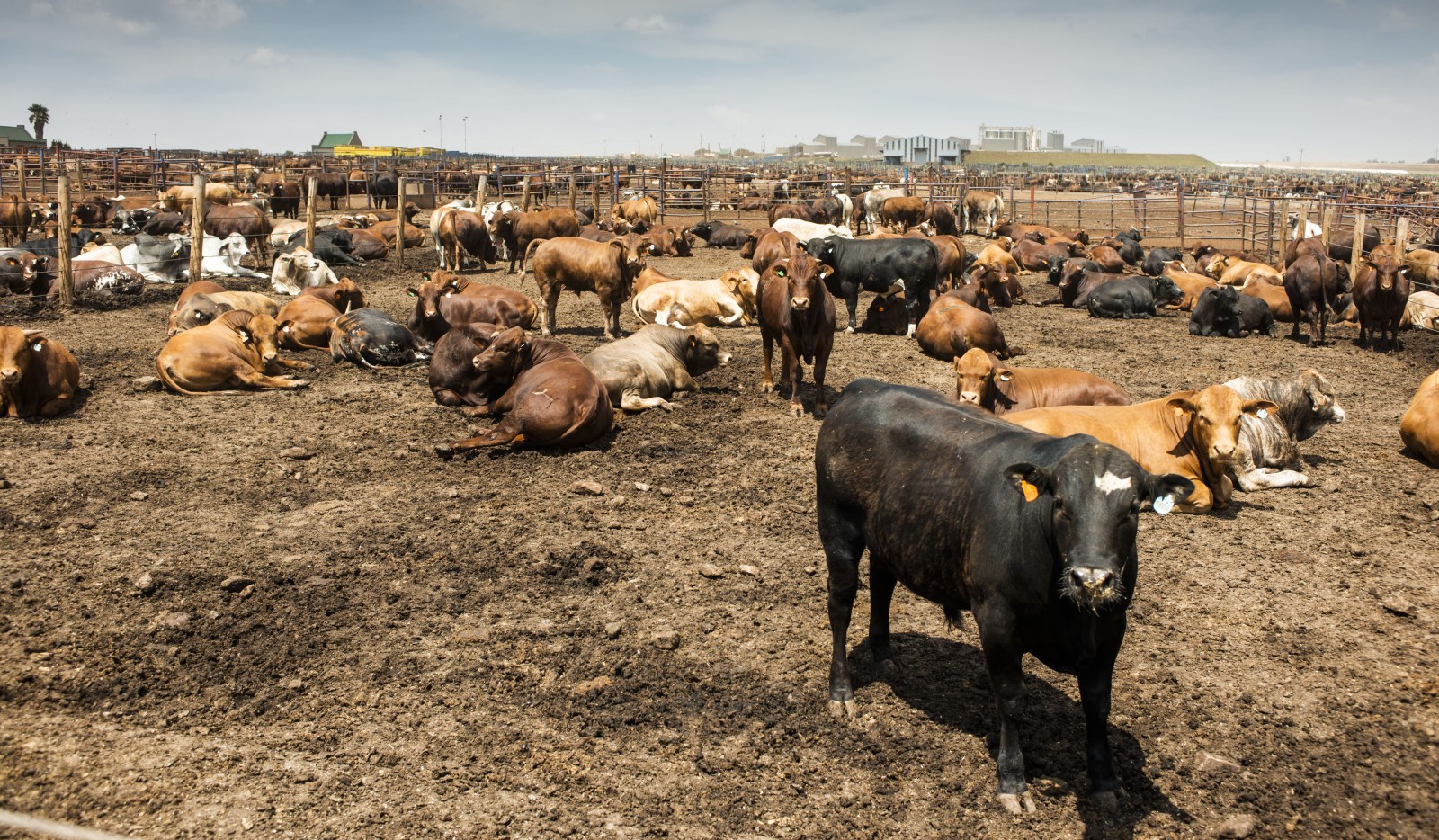 Cattle in pens at the Karan Beef feedlot in Heidelberg outside Johannesburg on 23 November 2018. Five out of nine of South Africa's provinces have detected foot and mouth disease. (Photo: Waldo Swiegers / Bloomberg via Getty Images)

As five out of nine provinces have detected foot and mouth disease (FMD) and 56 outbreak cases have been confirmed by the Department of Agriculture, the Red Meat and Livestock Primary Cluster is calling for urgent action to solve the crisis.

According to Agriculture Minister Thoko Didiza, cases of FMD have been detected in KwaZulu-Natal, Free State, Gauteng, the Northern Cape and Limpopo.

Louw van Reenen, spokesperson for the Red Meat and Livestock Primary Cluster and CEO of Beefmaster Group, said South Africa has been plagued by FMD outbreaks since 2019, with disastrous consequences.

“In March 2022 the latest FMD outbreak resulted in China suspending imports from South Africa of all cloven-hoofed animal goods, including wool, beef and other red meat products. These exports contribute billions to the economy,” said Van Reenen.

He said they are now at a crisis stage, as the burden of disease is threatening livelihoods and the sector’s viability.

“Companies in the sector have been calling for urgent intervention with wider industry participation to implement biosecurity measures, which will go a long way in preventing FMD outbreaks,” he said.

“This week the Red Meat and Livestock Primary Cluster held a high-priority meeting for industry stakeholders to discuss urgent intervention into the management of such disease outbreaks. The South African Feedlot Association, Commercial Red Meat Producers’ Organisation, Emergent Red Meat Producers’ Organisation and the Livestock Industry AAMP were among those that attended the meeting. Director of animal health at the Department of Agriculture and Land Reform, Dr Mpho Maja, was also in attendance,” Van Reenen said.

He said the event was a platform for the entire primary cluster, “from the red meat industry services sector to those in animal health forums, to discuss constructive solutions as a collective; and many of the solutions will be included in an implementation plan or a roadmap to better manage outbreaks. He added that political agendas were put aside.

They were in a better position now that they had commitments from key industry members and the government to work together to solve the crisis.

“One of the key successes from the meeting was an agreement that will see industry assist the government with vaccination of animals in red zones, which are areas susceptible to livestock being infected by FMD,” he said.

He said they are now permitted to get private sector vets to help with vaccination efforts, which they had not been allowed to do before.

“This measure will greatly alleviate the bottlenecks that are barriers in prioritising herd health within these zones.

“The World Organisation for Animal Health (OIE), which collects information on animal diseases around the world and maintains the World Animal Health Information System, also committed at the meeting to give inputs into the roadmap as well as to help the industry get back its FMD-free status with the OIE.”

Van Reenen said another positive take-out was that farmers, auctioneers, agents and all other industry participants agreed that FMD affects all stakeholders.

“We need to take responsibility and accountability as an industry collective to prioritise the health of the herd. While it is easy to point fingers at the government to do more, the crisis can be overcome, if all roleplayers – farmers, auctioneers, feedlots and everyone in the beef supply chain – work together to drive the implementation of better traceability structures.”

National Animal Health Forum chairperson Gerhard Schutte said their meeting condemned the contravention of the Animal Health Act and pleaded with the Department of Animal Health to act with the full might of the law against those individuals illegally transporting animals out of the controlled area and/or selling of these animals.

Schutte said livestock owners are encouraged to adhere to basic herd health protocols, and when buying new animals their health status should be determined.

“If animal health is not guaranteed, animals must be kept in quarantine and separate from other animals for the prescribed periods as stated by legislation.” DM/OBP