Humbled British PM apologises after fine for lockdown b... 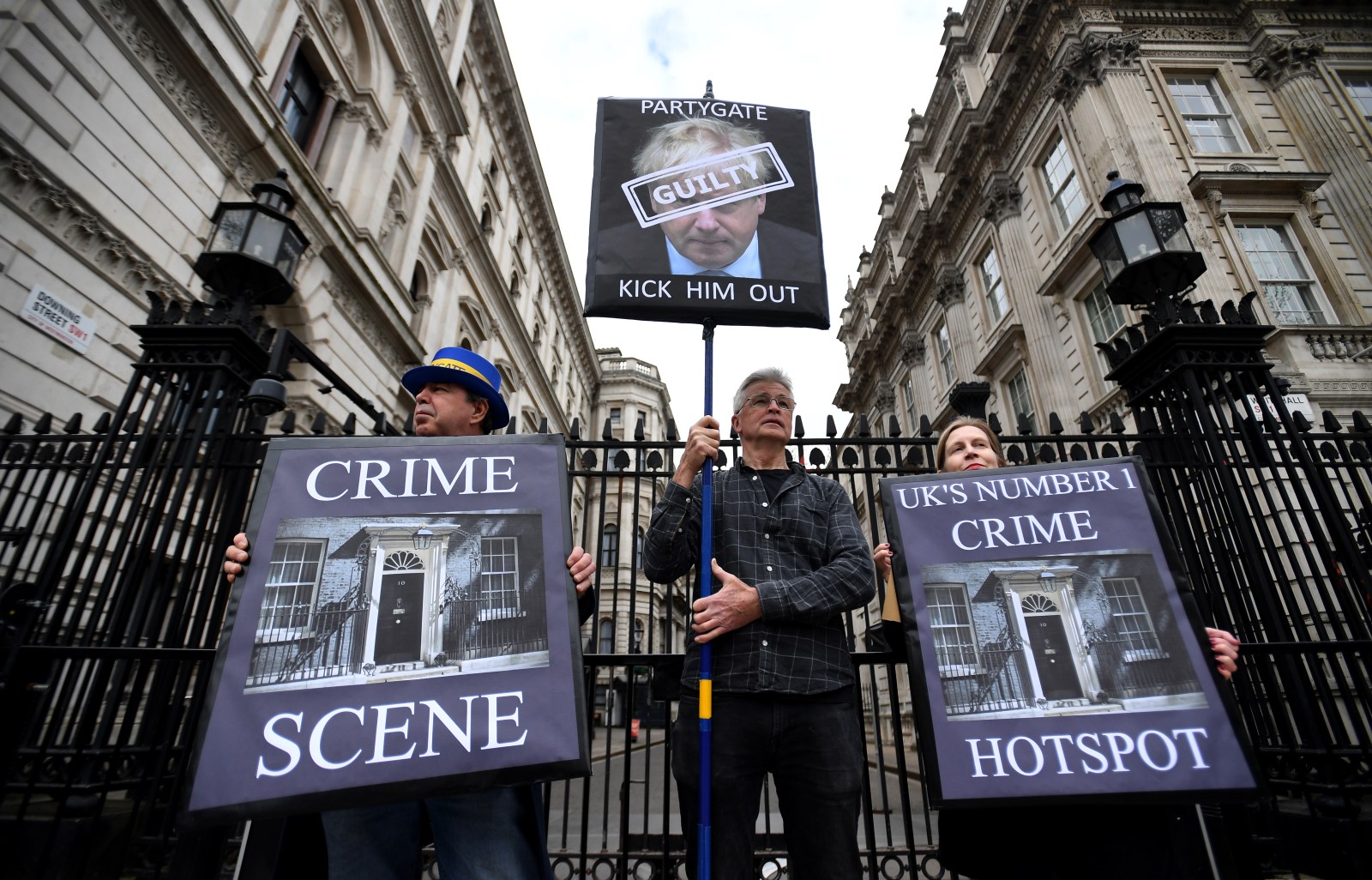 LONDON, April 12 (Reuters) - British Prime Minister Boris Johnson apologised but defied calls to resign on Tuesday after being fined for breaking coronavirus lockdown rules by attending a gathering in his office to celebrate his birthday.

Johnson said people had the right to expect better after he, his wife, and his finance minister Rishi Sunak were fined for breaching laws his government brought in to curb COVID-19.

“It didn’t occur to me that, as I say, that I was in breach of the rules. I now humbly accept that I was,” Johnson said. “I think the best thing I can do now is, having settled the fine, is focus on the job and that’s what I’m going to do.”

Police have been investigating 12 gatherings at Johnson’s Downing Street office and the Cabinet Office after a damning internal inquiry found his staff had enjoyed unauthorised alcohol-fuelled parties.

Johnson said he had attended some of the events, held when social mixing was all but banned, but he has always denied knowingly committing any wrongdoing.

Sunak offered an “unreserved apology” for breaking the rules at the same birthday gathering, adding that he respected the decision and had paid the fine.

“I deeply regret the frustration and anger caused and I am sorry,” he said in a statement.

Tuesday’s fines, three of more than 50 police said they would issue, related to a Downing Street gathering to mark Johnson’s56th birthday on June 19, 2020, an event which Johnson said lasted no more than 10 minutes.

“I understand the anger that many will feel that I, myself, fell short, when it came to observing the very rules which the government I lead had introduced to protect the public,” he said in a televised interview from his country residence Chequers.

It is believed to be the first time a British leader has been found to have broken the law while in office.

Johnson swept to power in 2019 on a promise to complete Britain’s exit from the European Union, but his premiership has suffered a series of controversies and missteps in recent months.

Revelations about boozy Downing Street parties provoked resignation calls from lawmakers in his own Conservative Party earlier this year. However, that pressure has abated with the war in Ukraine in which he has sought to play a leading role in the West’s response.

Some of the gatherings took place when people could not attend funerals or say farewell to loved ones dying in hospital.

After the events were first reported in late 2021, Johnson said there were no parties and that all rules were followed.

He later apologised to parliament for attending one event, which he said he thought was work-related. He also apologised to Queen Elizabeth for another at which staff partied on the eve of her husband’s funeral.

In June 2020, when Johnson’s birthday party took place, people from different households were not allowed to meet indoors and were asked to maintain a two-metre distance from each other.

The COVID-19 Bereaved Families for Justice UK group said it was “still unbelievably painful” that Johnson had broken his own rules when they were unable to be with dying loved ones.

Opposition Labour leader Keir Starmer said Johnson and Sunak had dishonoured the sacrifices people had made during the pandemic as well as their own offices of state.

“This is the first time in the history of our country that a prime minister has been found to be in breach of the law, and then he lied repeatedly to the public about it,” Starmer said.

“Britain deserves better, they have to go.”

MAJORITY THINK HE SHOULD QUIT

A snap poll for YouGov found 57% of voters thought he should resign and 75% believed he had knowingly lied. In another survey by Savanta ComRes, 61% said he should quit.

The prime minister’s immediate future will be determined by Conservative lawmakers, who can trigger a leadership challenge if 54 of the party’s 360 parliamentary members demand a confidence vote.

Some of those who have previously called for his head said now was not the time.

“In the middle of war in Europe, when Vladimir Putin is committing war crimes and the UK is Ukraine’s biggest ally, as President (Volodymyr) Zelenskiy said at the weekend, it wouldn’t be right to remove the prime minister at this time,” said Douglas Ross, leader of the Scottish Conservative Party.

Others warned Johnson’s long-term position was still far from secure. “This is not the end of this matter,” Conservative lawmaker Andrew Bridgen said.

In Johnson’s favour is the lack of an obvious candidate to replace him. The fines cap a terrible week for Sunak who had been considered a leading contender.

The chancellor was already facing serious questions about his family’s finances and wealth, at a time when large tax rises have taken effect, and when he has been criticised for not doing enough to help Britons through the biggest cost-of-living squeeze since records began in 1956.

His wife Akshata Murty, who owns about 0.9% of Indian IT giant Infosys INFY.NS, confirmed that she had non-domiciled tax status, meaning she did not pay tax on earnings from outside Britain. She said on Friday she would pay British tax on foreign income after days of criticism.

He also faced questions over why he only gave up a U.S. “green card” – an immigration status intended for permanent U.S. residents – after he became finance minister in 2020.

Sunak said he was, like Johnson, “focused on delivering for the British people at this challenging time”.

By Michael Holden and Kylie MacLellan.