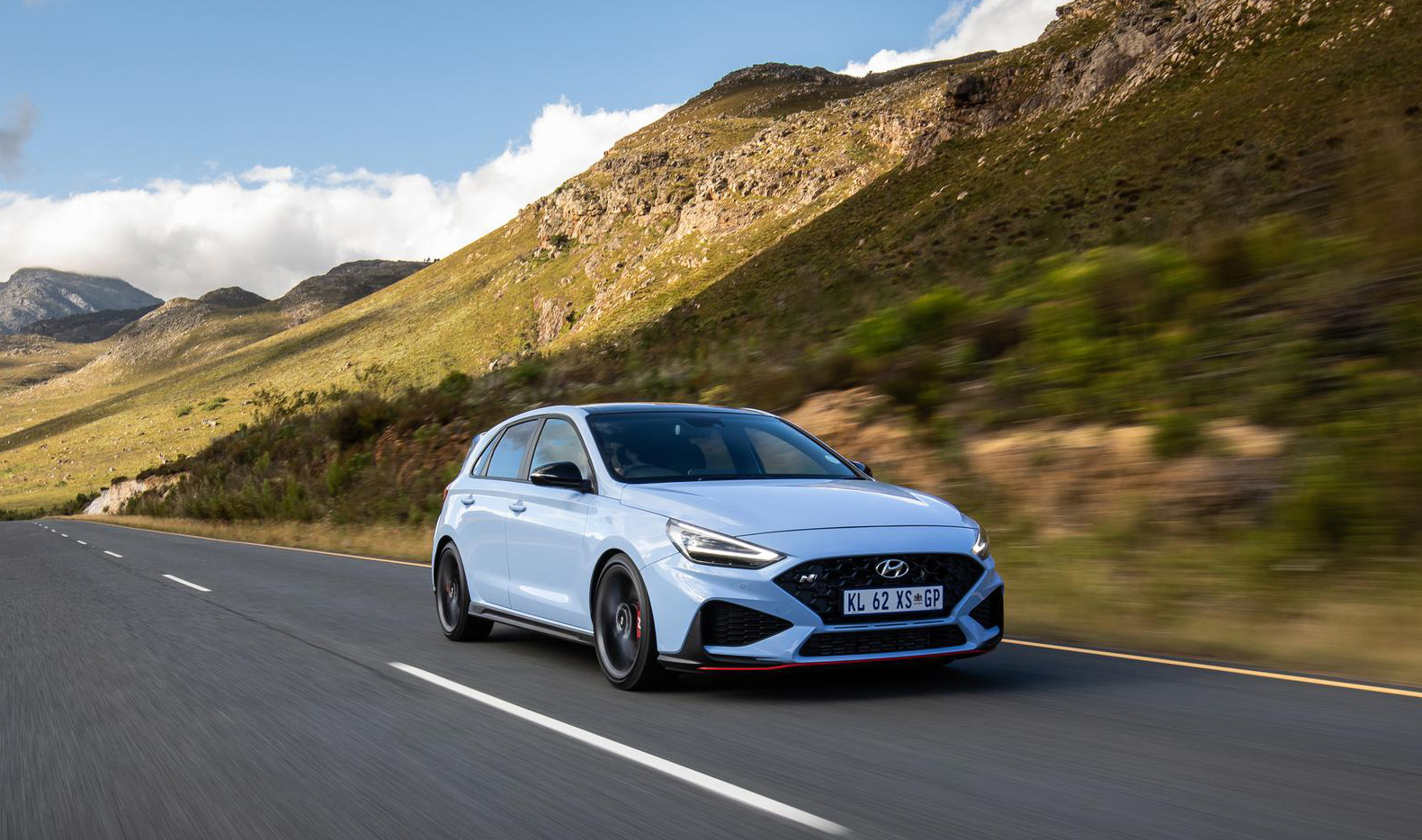 Luring BMW’s M performance guru Albert Biermann into Hyundai’s stable a few years ago has paid off handsomely for the South Korean motoring group, as seen in the just-launched Kona N and updated i30N.

The first time I drove a high-performance model Hyundai N was at the hugely anticipated reveal of the i30N, launched to much fanfare at a racetrack in Franschhoek in late January 2020.

There had been growing excitement in the world of motoring since the South Korean brand had managed to snare BMW M Division’s Albert Biermann into its embrace in 2015. After serving the German luxury brand for 31 years, he was welcomed as the Hyundai Group’s executive vice-president and head of vehicle testing and high-performance development, where he played a key role in establishing Hyundai’s N high-performance sub-brand.

The fruits of Biermann’s appointment soon became evident as Hyundai’s reputation in the high-performance arena soared with products like the critically acclaimed i30N thrilling drivers who had a love for speed.

But the timing for the launch of this racer by the local arm of the South Korean brand could not have been worse, as just weeks later the world went into a global pandemic lockdown. The gauntlet that had been thrown down at the event, that Hyundai’s hot hatch would aggressively take on the Golf GTI’s market share, never quite materialised. Over the next two years the global manufacturing industry was hard hit with the closures of factories and delays of parts and vehicles, largely due to unprecedented computer chip shortages — never mind prospective buyers being hampered by a Covid-related economic downward slide.

While sales for 2020 were beyond dismal for many manufacturers, by 2021 the niche i30N somehow managed to move a few units — 38 in total — but nowhere near to its arch-rival, the Golf GTI, which did a relatively respectable 305 units. (But remember, the GTI 7.5 was the outgoing model, with the new Golf 8 launched earlier this year.)

Perhaps fortuitously this time, on the day after President Cyril Ramaphosa announced the end of the National State of Disaster last week, Hyundai rolled out its auto gearbox i30N along with the all-new “hot hatch-like” compact SUV, the Kona N.

Hyundai SA will be hoping its latest i30N speed child will turn its February 2022 year-to-date performance figures around (which were zero), while the new Golf 8 GTI sold 172 units, claiming a 27.8% share in a segment also populated by the racy BMW 128ti, the Mercedes A-Class AMG and the Audi A3 Sportback.

But enough on the i30N, which is unashamedly a boy racer’s wet dream. Let’s get to the Kona N, globally launched in April 2021, the vehicle that was Albert Biermann’s swan song with Hyundai before he announced his retirement from the group at the end of last year. The Kona N really tickled my fancy.

With the same direct-injected engine as its i30N sibling, this maverick compact SUV features a 2.0-litre turbocharged four-cylinder petrol engine, facilitating 206kW and 392Nm, which allows this front-wheel drive to race from 0-100km in just 5.5 seconds — thanks to an overboost function that momentarily ups the power to 213kW. The eight-speed dual-clutch transmission (also seen in the new i30N) is a “wet clutch”, which improves heat management and durability and is deliciously capable of quick shifts, especially when in N-mode, which of course is very fast mode.

While it’s a well behaved, proper compact SUV on normal roads, offering decent boot space of 361 litres with back seats up, the Kona N behaves like a proper rapscallion hot hatch on track, leaving a delighted grin on the dial as it reaches 200km/h with ease.

Talking of grinning, there’s an actual N Grin Shift (NGS) button that allows the turbo overboost function to kick in, giving the Kona N extra speed for 20 seconds. You’ll find this red round button on the steering wheel and if you like gimmicks, you’ll love the flames that flash on the 10.25-inch digital driver’s display as you receive your extra power injection.

Like its sibling, the i30 N, the Kona N features five drive modes, which influence engine responsiveness, stability control grip, precision in steering as well as the levels of roar from the exhaust. Inside, it offers N-inspired racing seats, a 10-inch digital dashboard and a snazzy infotainment touchscreen where info such as performance data, lap times and G-force figures can be uploaded. Forget about this being a boring yummy mummy car.

While the racing leather-bound steering wheel does a sterling job in allowing you to imagine that you’re Louise Hamilton, I did find the blue N paddle shifts a tad tiny and plasticky.

A sporty compact SUV is hardly revolutionary or a new concept — the Beamer X2 M35i, the Audi RS Q3 and Mini Countryman John Cooper Works have been revving it up in this segment for quite a while. But they’re all Germans and this is the Korean company’s first foray into this niche division.

While the more sedate straight Kona (named rather obscurely after a top coffee destination in Hawaii) has been around since 2018 in “normal guise” and where for example, the present generation Hyundai Kona 2.0 Executive costs R464,500, it will be interesting to see if there’s a local appetite for the  pricier “hot hatch-like” compact SUV Kona N. And of course whether Hyundai’s other rapscallion, the i30N, can this time round steal some of that GTI pie.