A ‘torturous’ journey to the heart of her father’s killing: Some hope but few consoling answers 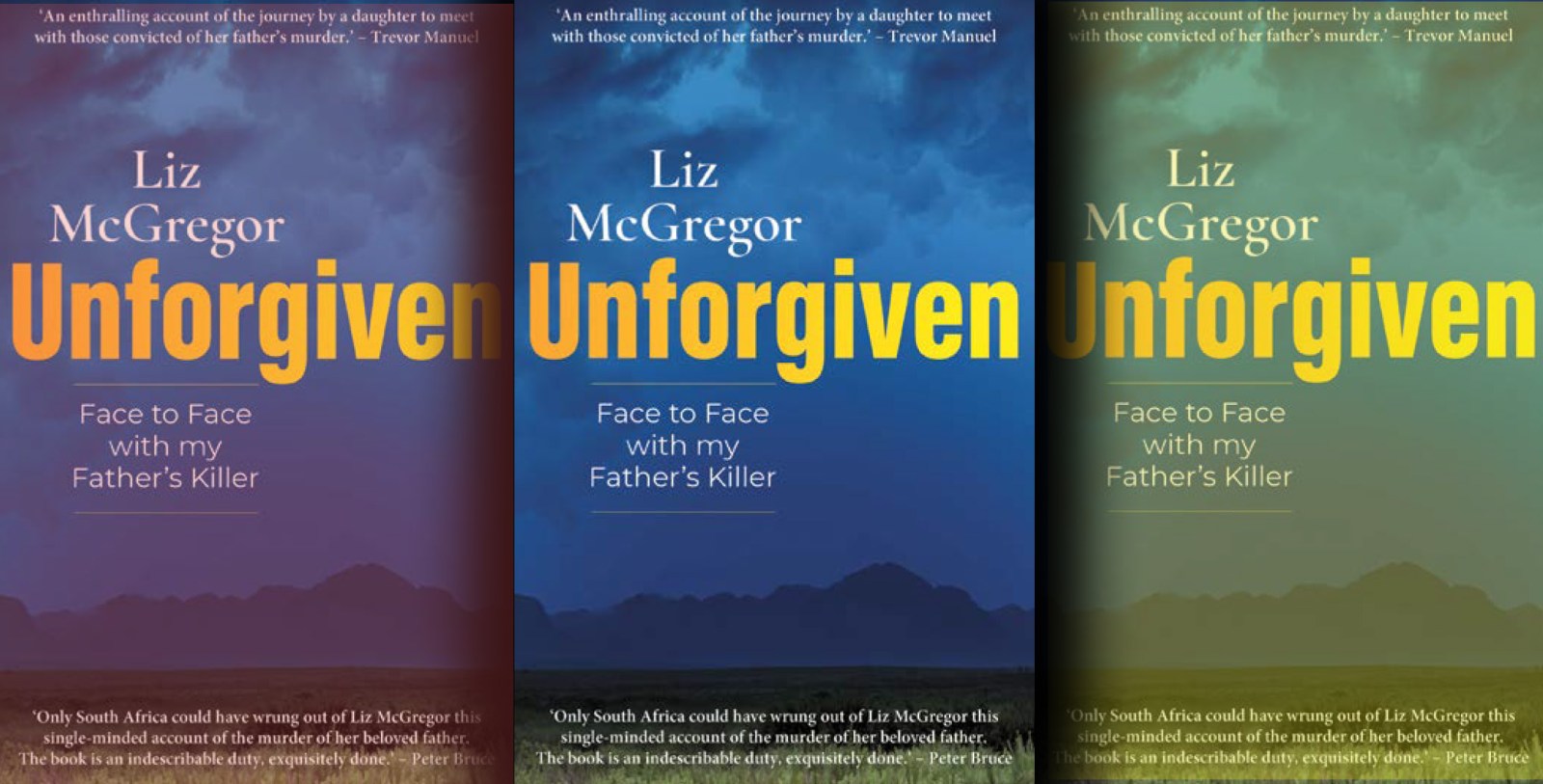 In her brave and powerful book, Liz McGregor writes with raw honesty about her obsession with meeting her father’s murderer, and the disturbing realities of South Africa’s prisons.

‘Two days after we buried my mother’s ashes, my father was murdered,” begins Liz McGregor’s new book, Unforgiven. It is a compelling opening line to a memoir that hooks you from start to finish. To describe a book as “unputdownable” is now a literary cliché; in the case of McGregor’s book, it also happens to be true.

In 2008, McGregor’s father Robin – a well-known publisher – was murdered in the pretty Western Cape village of Tulbagh. It was immediately apparent that the most likely motive was financial: Robin McGregor had been carrying out renovations to the house he had only recently moved into after the death of his wife, and two safes were missing. A man called Cecil Thomas was arrested for the murder, tried, and convicted on the basis of overwhelming evidence against him. That in itself is a better outcome than many South African crime victims can hope for – but for McGregor, it was only the beginning of the story.

When it came to the man who killed her father, McGregor told DM168, she was driven by a compulsive need to find out “what created him; what forces brought him to that point”. She became aware of the concept of “restorative justice”, which brings together victims and offenders in a dialogue aimed at offering the prospect of healing on both sides. In the best-case scenario, the offender talks honestly to those affected by his or her crime, explains how it happened and why, and expresses genuine remorse.

The “victims” – a term McGregor says she is uncomfortable with – have a chance to tell the offender how the crime affected their lives. If they feel able, they may offer forgiveness.

The founding narratives of democratic South Africa are steeped in the concepts of reconciliation, dialogue, restitution and healing. Over the past three decades, stories that match these ideals have been hyped and celebrated: from the example of Nelson Mandela to the forgiveness demonstrated by the parents of Amy Biehl, the American aid worker murdered in Gugulethu in 1993. The experience McGregor recounts in her book is bleakly, starkly, different – one reason she says it took her “four really torturous years” to write.

In the process, she would uncover disturbing realities about South Africa’s prisons, about the extent to which the tentacles of gangsterism reach into the criminal justice system, and about the difficulties of achieving closure in a situation where the only version of restorative justice on offer is, in McGregor’s words, “a farce”.

She writes of the need to meet her father’s killer becoming something close to an obsession. It was fuelled partly by something that was already made clear by the trial: that Cecil Thomas seemed an unlikely murderer in multiple ways.

“He was so atypical,” McGregor told DM168. “Most people who commit violent crimes are severely damaged by their background. The courtroom was full of women weeping for him. He was the first of his family to go on to tertiary education!”

In Unforgiven, McGregor writes candidly of her surprise at meeting up with Cecil Thomas’s niece, who grew up with him, and discovering that she is a middle-class professional who works in media, much like McGregor herself.

Ultimately, there are very few easy or consoling answers to be found at the heart of Robin McGregor’s murder, or in the identity of his murderer.

This is a brave and powerful book, not least because McGregor writes with raw honesty about the conflict that arises on occasion between her progressive politics and her response to the circumstances around her father’s killing. In court, it emerges that possibly more than one suspect was assaulted by the police after arrest.

“Normally, I would have been appalled by this evidence of police violence,” writes McGregor. “Now I think: I’m glad they beat the sh*t out of the f*ckers.”

Unforgiven has the taut structure of a thriller, building to the moment when the face-to-face encounter between McGregor and Thomas finally takes place.

Despite the fact that restorative justice is assumed to be one of the pillars of the South African penal system, the difficulties faced by McGregor in arranging this meeting were substantial. She is open about the fact that it almost certainly would not have happened if she had not had the money and connections to bypass the prison bureaucracy – something she points out would be impossible for the majority of South African crime victims.

“I have become quite evangelical about my experience, in terms of how difficult it was to see [Thomas],” McGregor said.

The latest South Africa crime statistics recorded 75 murders a day – “with all those families left as we were, shocked and grieving and traumatised, and with very little available in the way of helping [them] come to terms with it”.

It would do a disservice to future readers of the book to reveal too much of what eventually happened when McGregor and her father’s killer sat down to talk, except to say that the encounter exploded any remaining chances of a consoling resolution to the saga for the time being. Robin McGregor’s killing has understandably left his daughter with an “acute anxiety” about crime.

In conversation with DM168, she was at pains to stress that her family has no intention of reopening her father’s murder case: to even hint as much could open them up to gang-related retaliation.

Yet the book ends with light and hope, and McGregor says she still believes in the concept of restorative justice.

“In fact, we need many more of such processes,” McGregor said. “It’s the only way that these prisoners are going to have any chance of being reincorporated into communities. It’s a massive, massive thing and we haven’t even begun to do it.” DM168