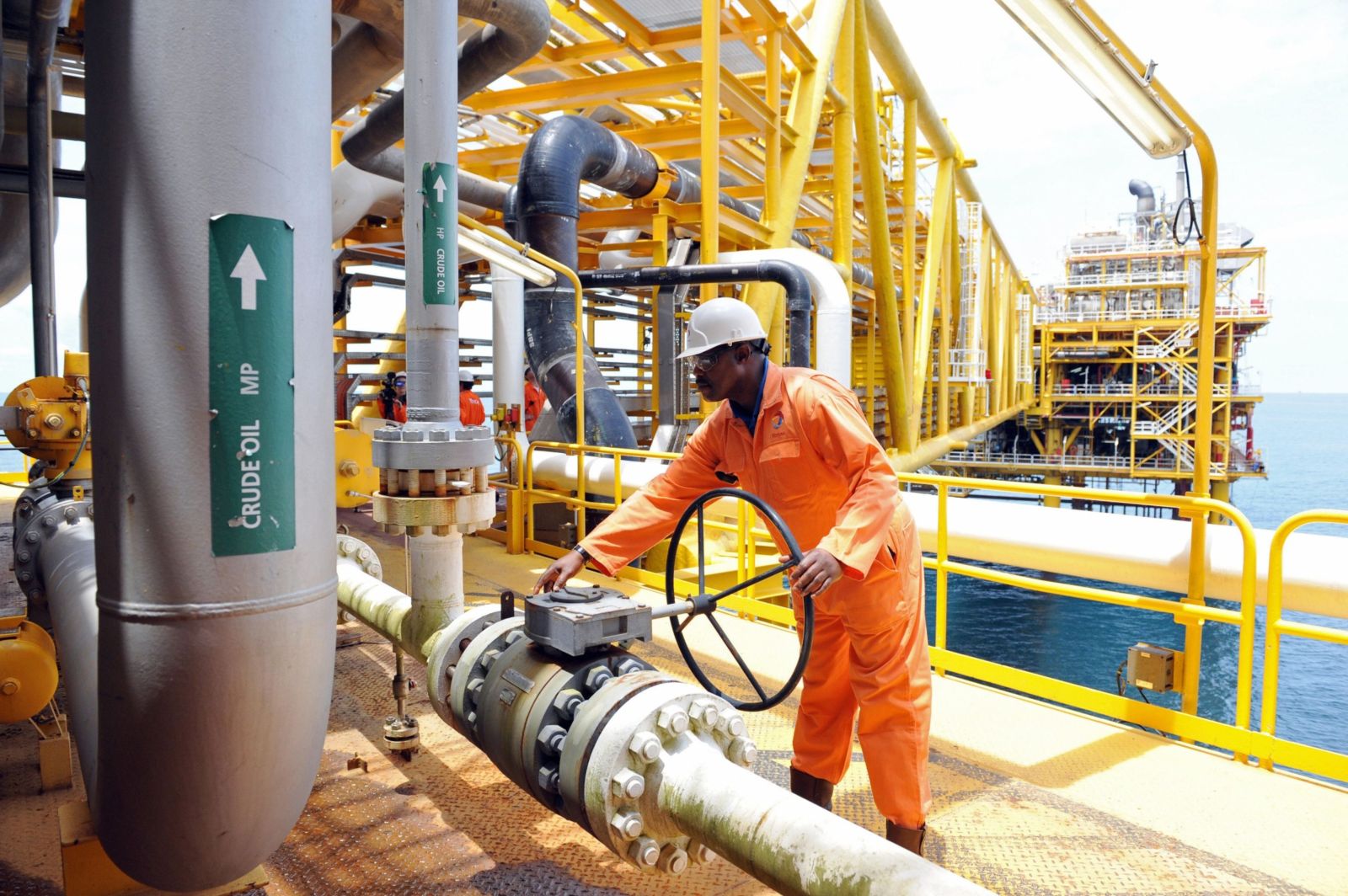 A worker inspect facilities on an upstream oil drilling platform at the Total oil platform at Amenem, 35 kilometers away from Port Harcourt in the Niger Delta. Photographer: Pius Utomi Ekpei/AFP/Getty Images

Russia’s invasion of Ukraine has caused one of the biggest upheavals to global petroleum markets in living memory. It still isn’t resulting in a clamor for replacement barrels from west Africa.

Many of the region’s April oil cargoes have yet to find a home because the three biggest customers — China, India and Europe — are buying less, according to traders specializing in West African barrels.

“The Asian market has softened with the lockdowns and there is not as much West African crude going to China,” said Livia Gallarati, an analyst at Energy Aspects Ltd. “There has been some call on West African supply in Europe, but it isn’t as strong as North America or the Middle East.”

Angola depends heavily on China for crude sales, but oil demand there is weaker because tens of millions of people are once again under lockdown, and smaller independent oil refiners known as teapots have cut back purchases.

Last year, China accounted for roughly 84% of the purchases of Angolan barrels and has dominated buying for at least a decade. That means there are no ready markets elsewhere that can easily soak up cargoes from the west African country on a comparable scale.

Nigeria’s sales to Asia are also suffering because its key buyer, India, is looking well-supplied following a spate of Russian oil purchases, McKay said, adding that India imported almost as much Urals from Russia last month as in all of last year.

The nation’s top refiners such as Indian Oil Corp. have been importing less African oil since the crisis started, tender data compiled by Bloomberg show.

Several shipments of Nigerian crude have been offered for sale in Europe multiple times in a pricing window organized by Platts in recent weeks, without securing either buyers or bids.

“The prompt market in Europe is already well-supplied with European refiners being very cautious about run rates,” said Gallarati.

The signs of a relatively slack West African market add to signals that initial concerns about prompt supply tightness caused by Russia’s invasion might be easing. In the North Sea, key indicators of market strength have also been cooling.

READ: How the North Sea oil market is also cooling off

Still, sales for West African crude are likely to improve in the coming months as refining runs ramp up for the summer and crude flows from Russia start to dwindle in earnest, particularly in northwest Europe, according to Energy Aspects.

Russia was also a key supplier of diesel to Europe before the crisis, and profit margins for producing diesel in the continent have soared during the conflict. Refiners in the region have the financial incentive to produce as much diesel as they can. A lot of West African oil tends to be rich in gasoline, which has had a less stellar rally.

“In June and July, we expect global crude balances will be very tight because we expect runs to increase,” said Gallarati. “There will be less Russian barrels coming into Europe in the coming months, so refiners are going to call on pretty much everywhere, including West Africa.”

–With assistance from Julian Lee.