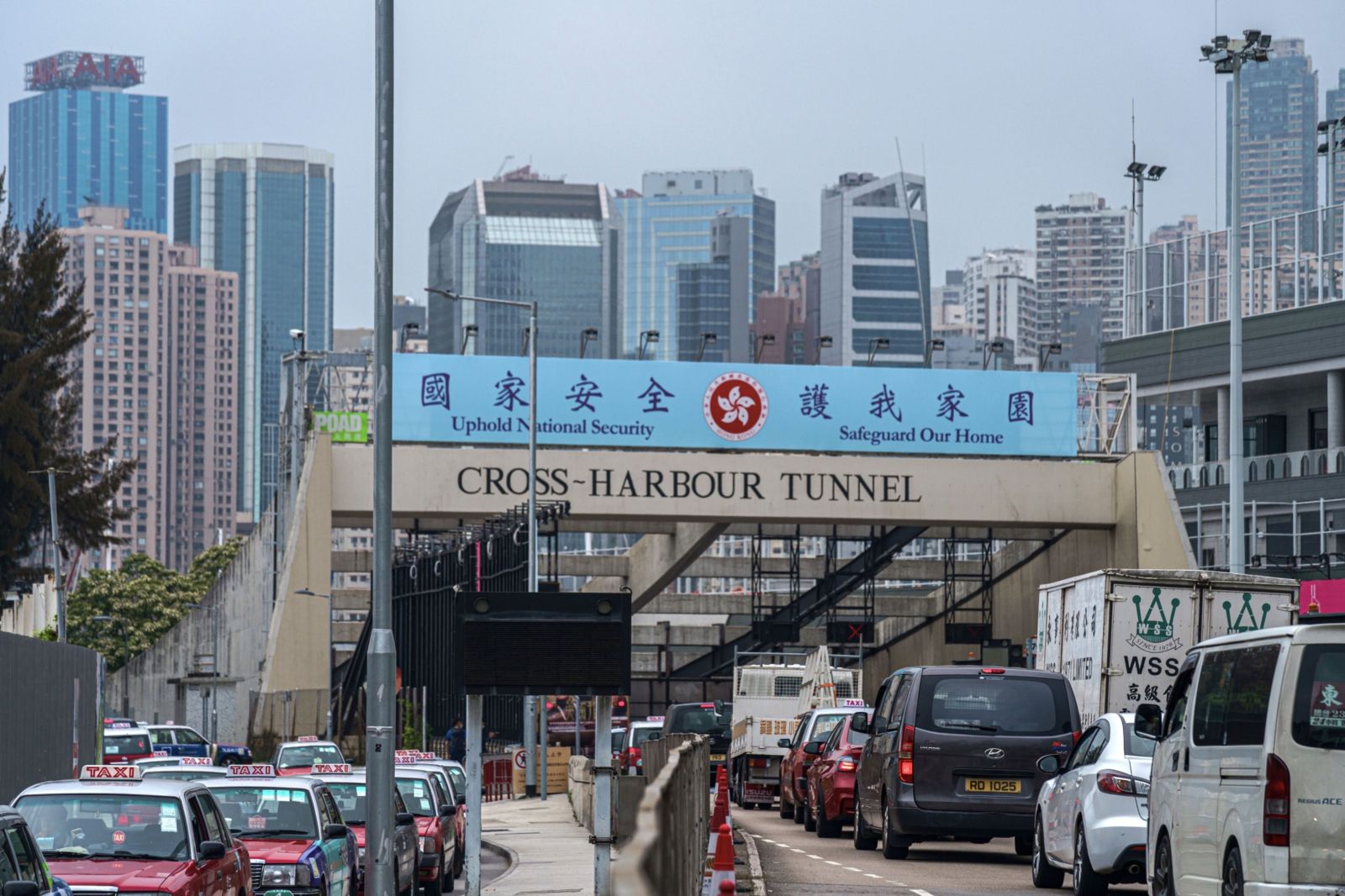 Vehicles travel past a government-sponsored advertisement promoting the national security law atop an entrance to the Cross Harbour Tunnel in Hong Kong, China, on Wednesday, April 14, 2021. Hong Kong's government has announced that the 'national security education day' will be held on April 15. Photographer: Lam Yik/Bloomberg

The US has criticised Hong Kong over the arrest of a journalist on sedition charges, ramping up tensions over a Beijing-led crackdown on dissent in the former British colony.

“Hong Kong’s position as a free, global financial centre depends on the free flow of information and opinions,” State Department spokesman Ned Price said in a Tweet late on Monday.

“Journalism is not a crime,” Price wrote, adding that the Hong Kong government should also free “others imprisoned for exercising their fundamental freedoms.”

The Hong Kong government said in a statement on Monday that national security police arrested a 54-year-old for conspiracy to publish seditious material. The South China Morning Post and other local media identified the person as Au, citing people familiar with the matter. The newspaper added that articles he wrote for the now-closed Stand News allegedly “incited hatred against the government”.

Au has been released on bail, the local Sing Tao newspaper reported.

The US has been among the most vocal critics of China’s crackdown on dissent in Hong Kong. About 180 people have been arrested by the national security police who detained Au, with a growing number charged with sedition under a colonial-era criminal ordinance that until recently had been dormant for decades.

A national security law that Beijing imposed on the city in 2020 – which bars terrorism, secession, subversion and collusion with foreign powers – has also been used to prosecute pro-democracy activists, including former media mogul Jimmy Lai. Convictions under the law can be punished by prison sentences of up to life in prison.

The report highlighted the closure of two of Hong Kong’s largest independent media outlets, Apple Daily and Stand News, as examples of reduced freedom of speech.

Stand News ceased operations late last year after more than 200 police raided its newsroom, froze some HK$61 million ($7,8 million) of assets and arrested seven people linked to it under the sedition law. Until then, Stand News had been Hong Kong’s last major pro-democracy news outlet. BM