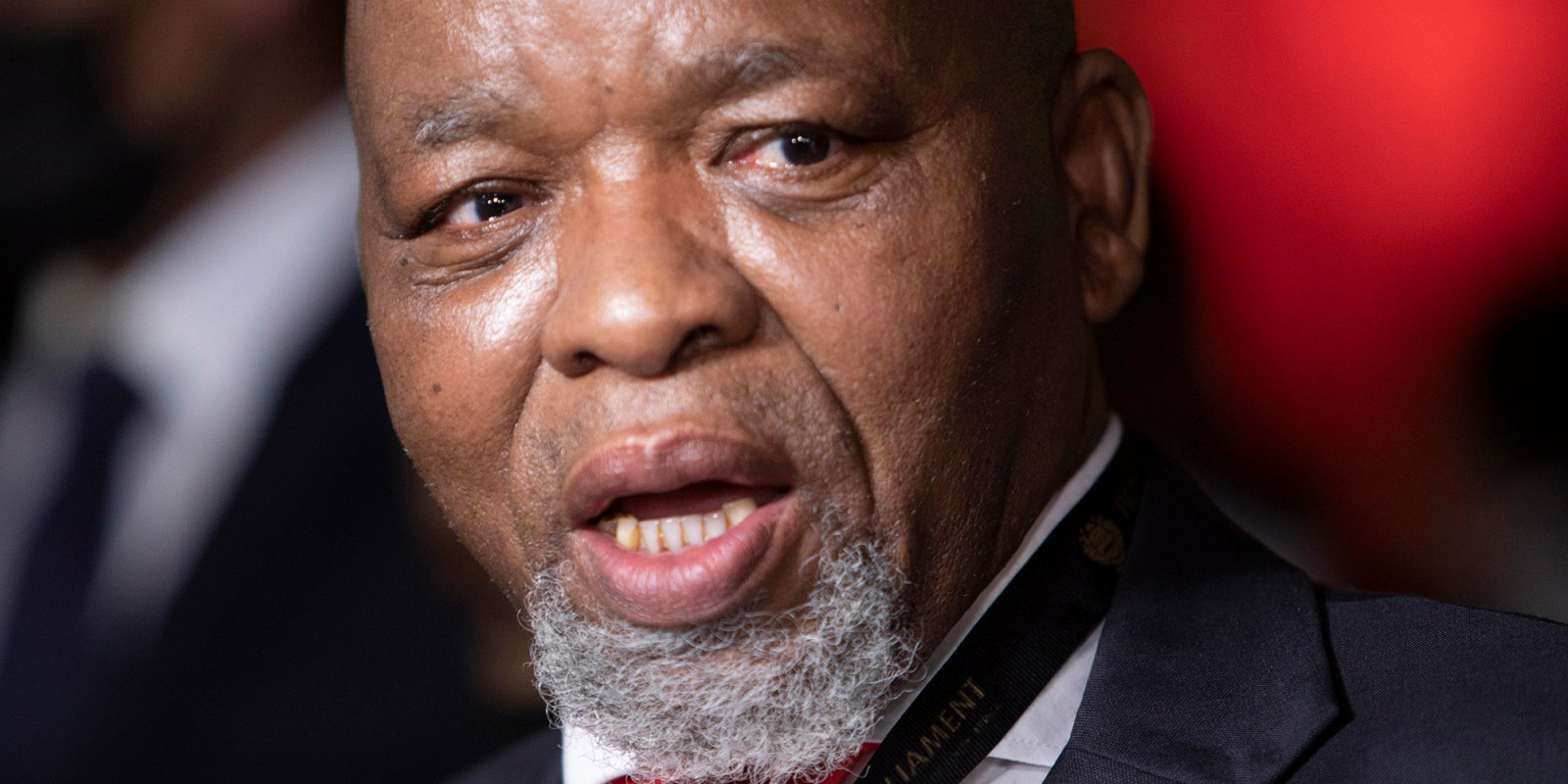 Mineral Resources and Energy Minister Gwede Mantashe has revealed that South Africa still plans to tender for proposals to build new nuclear capacity. The exact timing of the tendering and amount of megawatts are not set in stone, but ‘the sooner the better’ is the goal.

Energy Minister Gwede Mantashe made the remarks at the department’s offices in Pretoria during a roundtable discussion with Daily Maverick.

“We are going to send out the proposals,” the minister said, speaking specifically to the issue of nuclear power. Asked about the timing, Mantashe said: “The sooner the better … we are going to do it.”

Mantashe, who is regarded as a close ally of President Cyril Ramaphosa, has often spoken approvingly of nuclear energy. Last year, meetings were held in St Francis Bay and Jeffreys Bay by the National Nuclear Regulator to discuss the possibility of a new site at Thyspunt on the Eastern Cape coast.

But this is the first clear signal in some time that the DMRE is actively planning to open up the process for bidding. Such a move would come against the backdrop of Eskom’s ongoing woes, concerns about the cost of such projects, safety jitters at South Africa’s only nuclear power plant, Koeberg, and moves by the European Union to label nuclear energy as green.

Nuclear is declared green, but specialist skills are vanishing and costs are spiralling

“When you send a request for proposals, you are doing two things. You are testing the applicants of the market, and then you decide on the modalities. There can be someone who will say, we will build it, we will use it, and then give it back to you. That is covering our costs. That is an option,” Mantashe said.

That would imply a clear element of privatisation in the process, which would hopefully take the South African taxpayer off the hook – not to mention the Treasury, which is trying to contain its debt burden and make the process affordable.

That is a legitimate concern considering the cost overruns that have plagued nuclear power plant projects elsewhere, most recently in Finland, where the Olkiluoto-3 plant – Europe’s first in almost 15 years – saw costs surge from initial estimates of  of €3-billion to €11-billion, according to the 2019 World Nuclear Industry Report.

And after the debacles of the Medupi and Kusile coal-fired power plants – with their cost overruns, missed deadlines and shoddy performance – there is a reason why load shedding returned this week. South Africa should be aware of the ultimate price to be paid from any megaproject.

“It’s not only us who are looking into that option,” Mantashe said, referring to Ghana, Nigeria and the UK.

He also said South Africa was not planning on building the 9,600MW envisioned under former president Jacob Zuma, but an unspecified amount that would depend on the bidders.

The Zuma plan was, of course, linked to Russia’s Rosatom, with an estimated R1-trillion price tag that was widely seen as enriching more than just uranium. A certain “fire pool” was seen getting an upgrade as a result of such a deal.

Civil society would likely regard any nuclear deal with Russia – if it emerged as the preferred bidder or supplier from any process – as radioactive, given the obscene crony capitalism that has come to define Vladimir Putin’s autocratic regime, which now stands accused of committing war crimes in Ukraine. Also, the stench of Zuma’s bungled nuclear deal would hang in the air.

Nuclear power can deliver cheap energy once everything is up and running, and it is being given a green sheen – which is not without controversy – as the planet grapples with climate change. But the devil will be in the details.

The bottom line is that the DMRE has its finger on the nuclear button, and any deal on that front will be subjected to intense scrutiny and debate. DM/BM