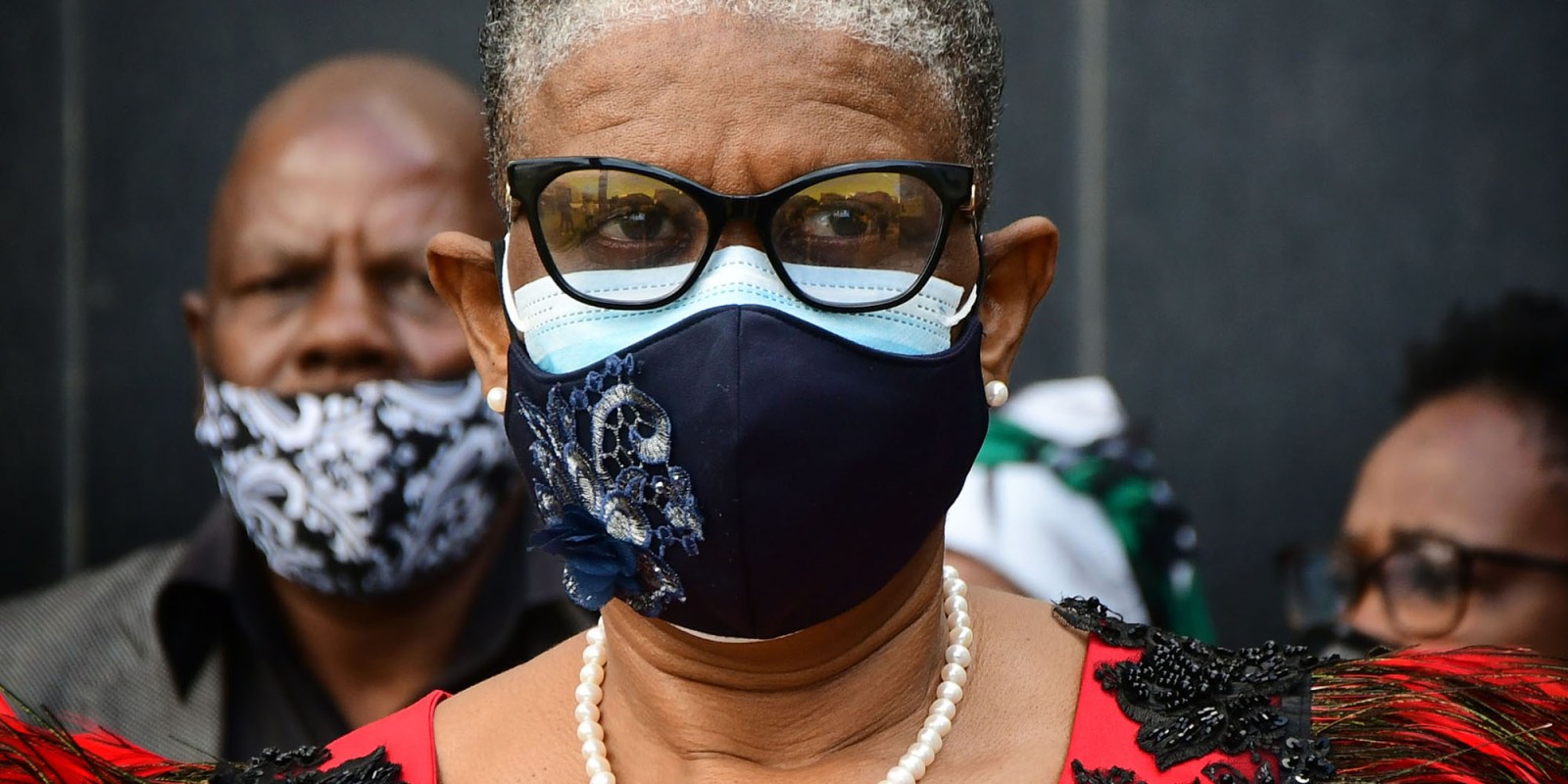 In what could be seen as a stinging blow for Cyril Ramaphosa and his camp, Former eThekwini Mayor Zandile Gumede and her Unity slate made a clean sweep against the RRU faction in the eThekwini regional conference leadership vote.

Ntando Khuzwayo walked with a spring in his step after the much-awaited eThekwini ANC regional conference results were announced on Sunday night. Former eThekwini Mayor Zandile Gumede and her Unity slate made a clean sweep in their contest against the Renewal, Rebuild Unity (RRU) faction.

Gumede is facing fraud, corruption and money-laundering charges with 21 other co-accused after the R320-million Durban Solid Waste tender awarded by the eThekwini Municipality. The case will resume in the Pietermaritzburg High Court from 13 July to 31 August.

Now that she has won the leadership of the region, it remains to be seen whether Gumede will step down from her position until her cases have been settled.

She indicated during an interview with News24 last week that she would be willing to respect the ANC’s step-aside resolution.

Khuzwayo is one of the leaders credited with criss-crossing the eThekwini region — the biggest ANC region in the country with 111 delegates — and delivering the delegates to vote for “Mama Gumede” at the conference.

“This victory is very sweet for me, it is a sweet victory for the branches because it means that eThekwini that was stolen from us, is back,” he said, wiping away tears.

Khuzwayo said they would extend an olive branch to the losing side to work together to bring unity to the region.

“Now that we have won the conference, it is now time for the tough role of restoring the dignity and unity of the eThekwini region,” he said. The region will also now begin the process of engaging with other regions on the path forward.

Before the conference, nominations were too close to call.

The conference was delayed by disputes.

The first point of dispute was whether to allow the ANC’s eThekwini Women’s League and the ANC Youth League — both of whose terms of office had expired — to be accepted as voting delegates.

The Unity faction insisted the league should vote while the RRU tried to block this, saying these leagues could participate as delegates, but should not be allowed to vote.

In the end, the leagues were allowed in as voting delegates. A total of 25 votes were up for grabs — 13 for the Women’s League and 12 for the Youth League. This is what decisively tilted the balance of power in Gumede’s favour.

Gumede’s supporters could not contain their joy when it was announced that all five nominees on their slate had won. Gumede won with 210 votes, beating current eThekwini Municipality Speaker Thabani Nyawose, who secured only 181 votes.

Due to the step-aside resolution, Gumede was not at the conference and followed the proceedings from the great comfort of her home.

The result is seen as a huge setback for Cyril Ramaphosa and his camp, but could also have serious ramifications for the leadership of the ANC in KwaZulu-Natal. The province is due to have its electoral conference in mid-July.

Nyawose told Daily Maverick shortly after the results were announced that he was not bitter about the results “because democracy has prevailed”.

He said he would give his full support to the newly elected leadership, but believed that Gumede should step aside until she had been “cleared by the courts”.

Nyawose said he did not think that losing the elections necessarily meant his job (as eThekwini Speaker) was in jeopardy.

“The results tonight have nothing to do with my job. I contested the elections because I believed that I could contribute something. I was deployed by the ANC to my job. The future is unpredictable; if the ANC is still happy with my services I will continue, but if the ANC feels that they must recall me I will accept.”

Nyawose has been unreservedly supportive of Ramaphosa’s second-term bid.

“The election result tonight has nothing to do with the performance of Cyril Ramaphosa as the president of the ANC. I don’t think it will affect his chances of re-election. When the nomination process for national leadership opens in August, I believe that branches of the ANC in eThekwini will assess the performances of the leadership collection and make appropriate decisions,” Nyawose said.

Pule Mabe, national ANC spokesman, said the new eThekwini regional leadership had to be given a space to reflect on the way forward on Gumede’s step-aside issue.

“I think it is only fair that this new leadership is given its space to conduct its business, including reflecting on the step-aside issue. The National Working Committee (NWC) will be meeting on Monday to reflect on this and other matters to communicate one singular message on the step-aside issue so that our members will not be misled,” Mabe said.

Before the results were announced, Gumede’s supporters began singing songs in her praise.

Thembo Ntuli, the newly elected deputy chairperson, said leaders who were on the losing slate would not lose their jobs in the municipality as they “view them as comrades and not opponents. It is just that they had a different view to us”.

When the conference resolutions and adopted policies were announced, the Durban ICC conference hall was almost empty as supporters of both factions had left, the Unity faction to celebrate and the RRU faction to reflect on the loss. DM