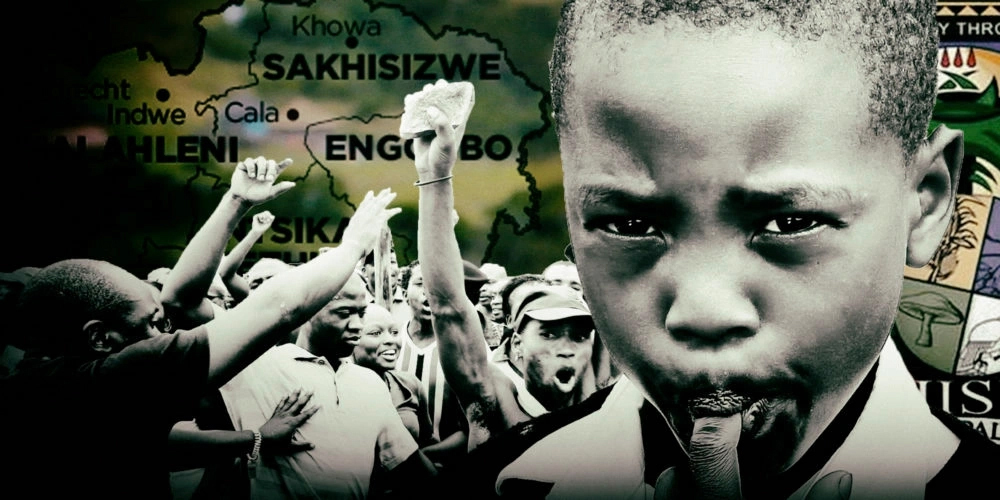 Four civil society organisations will square off with the Minister of Cooperative Governance and Traditional Affairs, Nkosazana Dlamini Zuma, in court over what they have termed ‘the failed intervention’ by the Eastern Cape provincial government in the struggling Sakhisizwe Local Municipality.

Civil society organisations in the Sakhisizwe Local Municipality will ask a court to compel the Minister of Cooperative Governance and Traditional Affairs, Nkosazana Dlamini Zuma, to take a decision on a national takeover of the local government after a futile four-year fight.

The Sakhisizwe Local Municipality is the seat of local government for the towns of Cala and Khowa (formerly Elliot).

Lwazi Ncapayi from the Cala University Students’ Association (Calusa) said they and other civil society structures in the municipality had decided to institute legal proceedings against Dlamini Zuma after her office failed to take a decision on a request for national intervention in the affairs of the Sakhisizwe Local Municipality.

The request for national intervention was first lodged at the minister’s office on 9 September 2020 after what Ncapayi called “a minimalist and ineffective” intervention by the provincial government which involved the secondment of officials from the provincial office of the MEC for Cooperative Governance and Traditional Affairs (Cogta), Xolile Nqatha.

“This intervention was triggered by correspondence addressed by Calusa and the civil society structures to the MEC of Cogta decrying the collapse of governance and the state of the dysfunctionality of the Sakhisizwe Local Municipality in 2018 and up to 2021,” Ncapayi said.

In 2018, after a wave of protests in the then Elliot and Cala over the dysfunctional Sakhisizwe municipality, civil society organisations in the two towns created a forum led by Calusa. The forum opened a dialogue with the local government structures.

What followed was a frustrating four years of attempts to get information from all levels of government.

Nkatha was asked to help and in the letter to him, Calusa addressed the failure of service delivery in the municipality. Calusa says no response came.

In April 2019, the forum tried again. The MEC did not respond and the forum asked the Public Protector to intervene.

A few weeks later another letter was sent, asking that the municipality be placed under administration.

Meanwhile, the fight to get access to the information requested from the municipality continued, with officials questioning the authority of the forum to ask for the documents they had requested.

An acting municipal manager was appointed, but the forum received no report-back.

On 29 August 2019, the forum again lodged an application for access to information concerning the state of governance of the municipality. They were told the documents had not been handed over because the municipality did not have a portfolio head of finance and administration.

The Public Protector instructed the municipality to respond to the Promotion of Access to Information Act application.

From 2020 several requests for a response were ignored and Calusa stated in an update on their work that “our attempts at engaging Sakhisizwe Municipality have reached a deadlock”.

“When the provincial government failed to intervene as requested in Sakhisizwe, the matter was taken up to the minister’s office for its intervention and, after a long period of non-response, the minister’s office acknowledged receipt of the complaint on 19 February 2021 and advised that the minister had requested documents from the Office of the MEC and ‘that an assessment would be conducted, and a report would be tabled by 05 March 2021’,” Ncapayi said.

“The minister failed to meet the 5 March 2021 deadline and Calusa, through its lawyers, the University of the Witwatersrand’s Centre for Applied Legal Studies (Cals), addressed a letter to the minister registering its dissatisfaction with the state of the municipality, its impact on the delivery of basic services to the Sakhisizwe community and requesting access to the MEC’s report to the minister concerning the intervention in Sakhisizwe.

“When good faith engagement with the office of the minister proved fruitless, we were forced to bring an application for access to the reports that were in the MEC’s office by bringing an application before court in terms of the Promotion of Access to Information Act in order to access the provincial government’s reports on the ‘support’ given to Sakhisizwe.”

A further visit by a delegation from the minister’s office and officials from the offices of the Eastern Cape premier and Nqatha led to a commitment from the minister to conduct an assessment of the situation and provide feedback.

“On Friday, 1 April, Calusa, in consultation with its legal representatives, Cals, resolved to institute judicial review proceedings in terms of the Promotion of Administrative Justice Act for an order of the court mandating the minister to intervene and produce a report outlining the depth of the problems facing Sakhisizwe municipality and what kind of intervention her office will make in remedying the crises.

“The intervention is important for several reasons, such as the municipality’s ability to deliver basic services to the residents of Sakhisizwe in a sustainable manner and to seek accountability for the financial problems being experienced by the municipality.”

Calusa is supported by the Domestic Violence Unit in Cala, the Elliot Residents’ Association and the Siyazakha Land and Development Forum.

Last week the national government took over the Enoch Mgijima Local Municipality based in Komani (formerly Queenstown) after two attempts by the provincial government to place it under administration had failed – despite one of these being an order of court.

The Democratic Alliance’s constituency leader in the Komani district, Jane Cowley, said the provincial government lacked the political will to sort out the mess.

One of the province’s biggest district municipalities, the Amathole District Municipality, a major water supplier for the central part of the province, is still under administration.

The OR Tambo Municipality was brought out of administration earlier this year after complying with regulations. DM/MC