African nations must base foreign policy on domestic interests, not past ideological ties 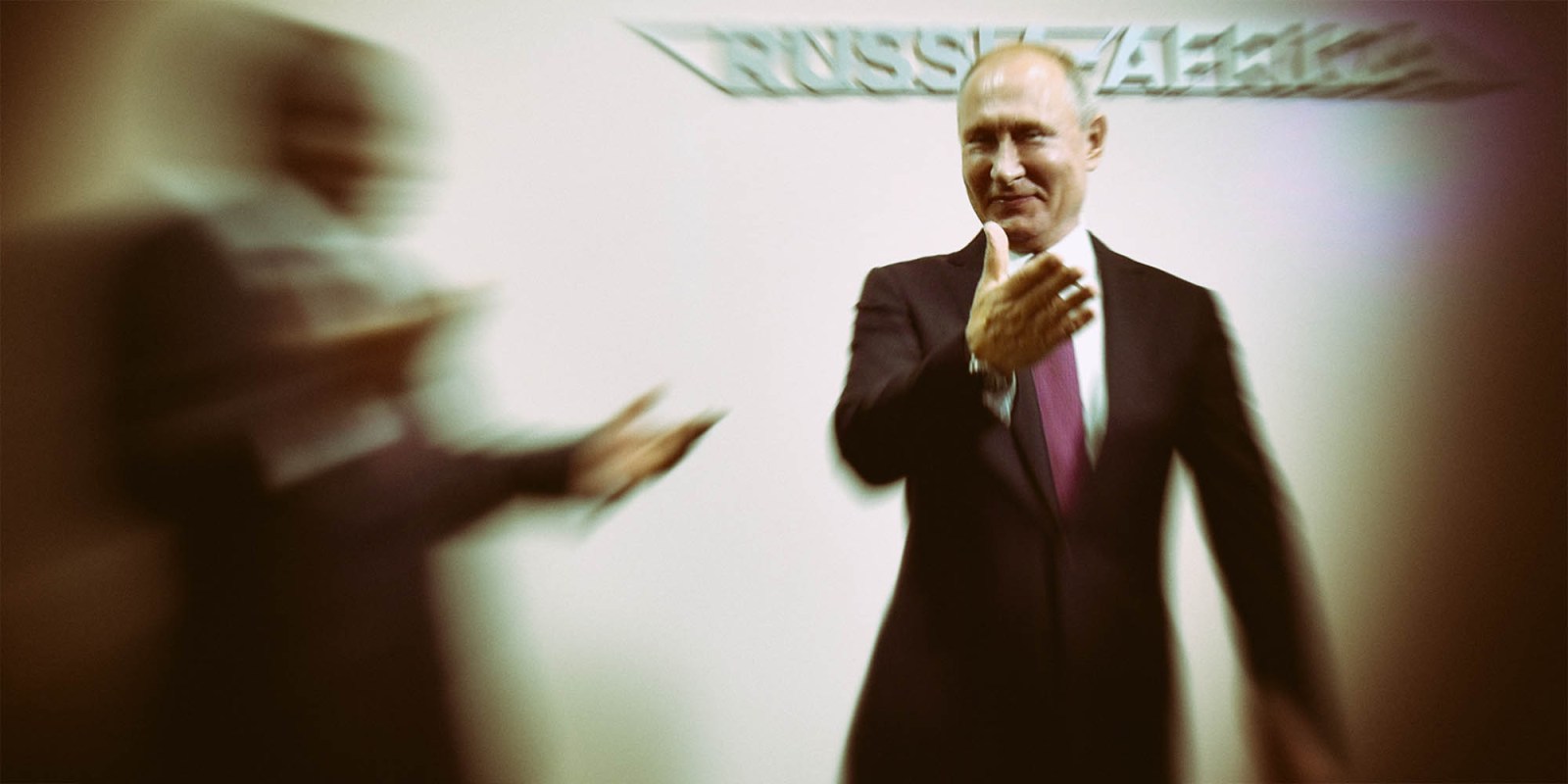 President Cyril Ramaphosa meeting with President of the Russian Federation Vladimir Putin on the side-lines of the first Russia-Africa Summit held in Sochi, Russia. (Photos: GCIS/Flickr)

South Africa and 18 other African countries have supported, or are perceived to have supported, Russia in its war against Ukraine based on the past support of the USSR for African independence and liberation movements.

Russia’s war against Ukraine, which has negatively affected the economies, political stability and investment attraction of South Africa and most African countries, underscores the fact that these countries must pursue an individual foreign policy that safeguards their own political and strategic interests, ultimately to ensure such support stimulates domestic economic growth, employment and stability.

This means that South Africa and other African countries must stop partnering with industrial and emerging powers based on the past, ideology and leaders’ personal connections, but need to rather prioritise their domestic development and democratic and peace interests in such diplomatic relations.

South Africa and 18 other African countries have consistently supported, or are perceived to have supported, Russia in its war against Ukraine based on the past support of the Union of Soviet Socialist Republics (USSR) for African independence and liberation movements during the anti-colonial and anti-apartheid struggles – even though it has often been to the detriment of their domestic economies, public finances and stability.

The war has had a direct and disproportional impact on the livelihoods of poor South Africans, as it has led to food, energy and transport price increases, rising living costs, and pressure on the country’s already squeezed public finances. And it is dragging down economic growth.

This impact and the likely austerity needed to deal with South Africa’s deteriorating public finances, combined with abysmal public service delivery and the lack of action in dealing with corruption, could trigger more large-scale violent unrests by the long-suffering poor across the country, similar to the violent looting in July last year.

Because of the war, foreign investors are likely to put a brake on any new investments in South Africa and other African countries. During global uncertainty, investors often move their positions from emerging markets. Western governments are likely to divert development funding away from South Africa and Africa to eastern Europe – which will have an impact on the critical services provided by many NGOs that have replaced government services in many parts of the country.

A slump in global economic growth could see demand for some of South Africa and Africa’s commodities being slashed, reducing the income that many African countries depend upon. The war is also causing food price rises, food shortages, energy increases, soaring living costs and revenue losses for many African countries.

Even if the war stops soon, the destruction of Ukraine – one of the breadbaskets of the world – and the continued Western economic sanctions against Russia – the world’s third-largest oil producer, the largest gas exporter and the sixth-largest producer of coal – will only worsen this plight.

The International Committee of the Red Cross last week said more than a quarter of Africa’s people – 346 million – are facing a food security crisis “that has millions of families skipping meals every day, an alarming hunger situation that risks intensifying in the coming months”.

Hard-line religious organisations and populist and separatist groups could take advantage of increased political instability in African countries, caused by a protracted Russia-Ukraine war. Combined with a food crisis and diminished development funding, this could lead to a new wave of mass popular uprisings, coups and terrorist insurgencies across the continent, as well as migrations away from local conflicts. African countries may also see devastating food riots – hunger makes people less tolerant of autocratic, incompetent and unresponsive governments.

South Africa and other African countries supporting Russia further risk their isolation by Western powers and investors as global pariahs, scuppering their attempts to attract new investment and ultimately undermining their domestic economic growth. This is at a time when these countries desperately need new resources to tackle poverty and unemployment and to stop their rapid deindustrialisation.

Africa has also supported Russia on the basis that the country is an opponent of the US and Western powers, which many African and South African leaders implacably oppose because of their dominance of the global institutions, economy and markets.

More recently, Russia has provided troops to shore up autocratic African leaders: countries militarily supported by Russia have tended to support the country in return. Russia has recently sold military hardware, nuclear power and technology, and invested in Africa’s oil and gas developments, often using loan schemes, in which Russia acts both as the vendor and financier – locking the recipient of Russia’s largesse into Russia’s political sphere.

Western powers have isolated Russia internationally, launched sanctions against it and impounded the assets of key Russian political leaders, oligarchs and figures associated with Russian President Vladimir Putin. The problem now is that countries perceived by Western countries, global investors and ordinary citizens to be aiding and abetting Russia could suffer collateral economic damage. It could cause negative market sentiment and investment withdrawal, just when it is desperately needed to lift post-Covid-19 growth levels to tackle poverty and unemployment and to reverse deindustrialisation.

The world has now changed into a multipolar one, away from the domination of the US-led global order – which has held sway in the post-Cold War era – into one where power will become more evenly spread across regions and countries across the globe. Foreign policy is likely to become more complex and needs to be more strategic and tightly linked to domestic economic interests, political stability and our constitutional democracy interests.

South Africa and other African countries need industrial strategies that diversify their manufacturing and agricultural production to strengthen agriculture and produce products that they need but currently import. They must also trade more with each other and seek alternative markets for products they traditionally export to Russia and Ukraine, and products imported from these countries, such as wheat and vital inputs like fertiliser.

The crucial point is that South Africa and African countries must link their foreign policy to their strategic domestic economic interests, political stability and investment attraction – rather than base it on mere ideology, leadership connections or corrupt interests. DM

William Gumede is an associate professor at the School of Governance, University of the Witwatersrand and author of South Africa in BRICS (Tafelberg). This is a shortened edited extract from a new report, “The Russia-Ukraine War: Impact on South Africa, fellow BRICS Members and Africa”, published by the Inclusive Society Institute.