A ‘360-degree’ mindset has changed the women’s cricket game 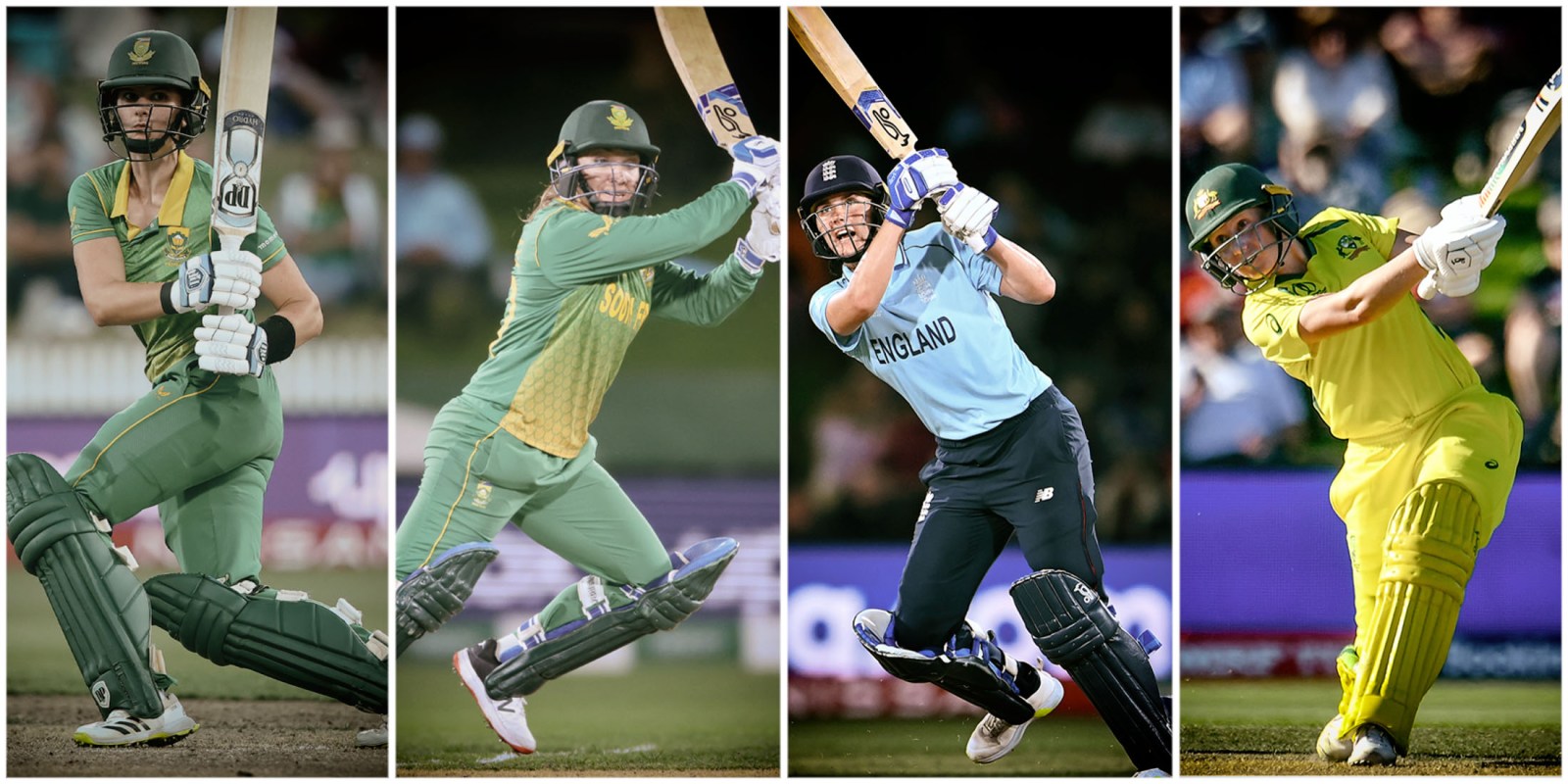 The sport is rapidly evolving thanks to a new generation of players with better conditioning, skills and opportunities.

It was one of the best innings ever seen in a World Cup final. Natalie Sciver’s flashing blade had plundered 148 unbeaten runs from the 121 deliveries Australia hurled in her direction. She walloped 15 fours and one almighty six over mid-wicket that was brutal and elegant in equal measure. It was a knock that deserved a trophy all on its own. Unfortunately for Sciver and England, an even better display with the bat had occurred a few hours before.

Australia’s Alyssa Healy crunched 26 fours from 138 balls for a tally of 170 at the top of the order. It is the highest individual score ever recorded in a World Cup final, beating Adam Gilchrist’s 149 against Sri Lanka in Bridgetown in 2007.

That Healy’s heroics and Sciver’s scintillating performance occurred in the same match underlines the progress made across the women’s game.

Almost a third (28%) of the top 125 scores in the history of women’s one-day international (ODI) cricket have been scored in the past four years. By contrast, that figure is around 15% in men’s ODIs in the same period. In T20 cricket there have been even greater strides made in recent years, where the six highest individual scores by women in the shortest format have been recorded since 2019.

“It’s taken off like a rocket,” says Kruger van Wyk, a former New Zealand cricketer who kept wicket in nine Tests for the Black Caps and who has worked as a consultant for the Proteas Women since 2018.

“Bat speed, shot innovation, raw strength, timing, every metric has improved. I actually think we need to seriously consider moving the boundaries back. Every team has two or three players who can easily clear the ropes and we’ve seen twos and threes – once staples in the women’s game – disappear. It’s frightening how hard they’re hitting it.”

The professionalisation of the women’s game has accelerated this development. The Women’s Big Bash League (WBBL) in Australia as well as the Women’s Super League in the UK have provided female cricketers a platform to showcase their talents and earn a lot of money while doing so.

In the second edition of The Hundred competition in the UK, the highest-earning players will take home £31,250 (just under R600,000) for a month’s work, up from £15,000 (R287,587) last year. This dramatic rise means that top athletes are more inclined to pursue a career in cricket when they might have had their heads turned by other sports in the past.

“When I was younger, I didn’t know you could make any money playing cricket as a woman,” says Lizelle Lee, the Proteas opening batter who is one of the most destructive power hitters in the world.

“We still don’t earn the money that the men earn, of course. But we don’t have to worry about anything else besides cricket. The young girls coming through are fitter and stronger than we were when we were their age. It’s great to see.”

A more robust strength and conditioning programme has also had an effect on bowling. Though the fastest women tip the speedometer around 130km/h, more are reaching these heights. But beyond an increase in bouncers, bumpers and (occasionally life-threatening) beamers, this will also lead to an increase in sixes, particularly backward of square on the leg side.

“The women’s game is mostly one that has been played on the front foot,” explains Charlotte Edwards, a former captain of England who scored nine ODI centuries, four Test centuries and led her country to a rare double in 2009, lifting both the ODI and T20 World Cups titles.

Now as coach of the Southern Vipers, she believes we’re on the cusp of a more 360-degree game as seen on the men’s circuit.

“Because women bowl slower than men, they’re often more wicket to wicket,” Edwards says. “So batters have to be adept at hitting down the ground. When they want to go big the shot they tend to play is the big swing through the line, which takes the ball towards a wide long-on, mid-wicket area.

“Some players can go inside-out and hit it through the off-side. Laura Wolfvaardt’s off-side game is remarkable. But she’s rare. Most women go over cow corner, which is why the better fielders tend to field there in the latter part of the game.

“But with bowlers revving it up, they’re varying their lengths more. Some are bowling shorter. This means we’ll start seeing long leg open up and even deep backward point. It’s exciting. We’re in an exciting era in the women’s game.”

Faster bowling, better conditioned athletes and a shift in mindset regarding where (and how) runs can be scored has reverberated throughout women’s cricket.

Sharne Mayers is a Zimbabwean all-rounder who captained her country in the 2017 World Cup qualifying tournament. She is also involved in the development of the next generation of South African stars, lending her knowledge in coaching the under-19 girls who are based in Johannesburg.

“I also coach boys and what I’m finding is that the way I coach young boys and girls is starting to become identical,” Mayers says. “Before, I’d coach young girls to explode into their swing across their bodies because that’s where their bat speed was naturally faster. A lot of them struggled with cover drives and cuts so we’d work on just getting the fundamentals right.

“Now, though, they’re smashing those shots. My most productive shot is the one that goes over extra cover and I’m not alone. These youngsters have all the shots. That’s a result of better bowling, better conditioning but also just a confidence in their game. They’re not limited in their thinking or ability,” Mayers says.

Van Wyk is adamant that we should avoid comparing the men’s and women’s game.

“They’re almost different sports,” he says. “It does the women’s game a disservice when we constantly hold it up against what the men are doing.”

In this case, however, it is a sign of progress. As Van Wyk says: “There was a time when the goal of women batters, especially when chasing, was to maintain a required run rate. If they fell too far behind they’d be in trouble.

“Now, that rate can climb to seven or eight and the players don’t panic. They can haul 50 runs from the last six overs with balls to spare,” he says.

Indeed, in successful chases in T20 matches, most teams hovered between six and seven runs per over before 2017. Since then, those numbers have shot up. South Africa have gone from 6.35 to 8.26 whereas Australia, the perpetual pace setters in the women’s game, have exploded from 7.01 to 8.26 when reaching their target within 20 overs.

Again, the knock-on effects are widespread. This forces bowlers to adjust their lines and lengths, better utilise slower balls and, if they’re quick enough, dig one in short and unleash a bouncer.

Fielding and fitness standards must also improve to keep stride with the relentless march of these free-wielding batters. And with big money contracts in the offing, the stakes have never been higher. DM168