Mining’s image is so toxic the Red Cross won’t take...

Refusal by charity to accept Anglo donation underscores the industry’s image problem. But it’s doubtful anyone who wants to halt all mining tomorrow also aspires to live in a cave. (Photo: iStock)

Refusal by charity to accept Anglo donation underscores the industry’s image problem. But it’s doubtful anyone who wants to halt all mining tomorrow also aspires to live in a cave.

The world as we know it, for better and worse, would not be possible without mining. Yet the sector has an image problem of note.

The issue was thrown into sharp relief at the Platinum Group Metals (PGM) Industry Day held in Johannesburg on 6 April, an event organised by Resources for Africa. Natascha Viljoen, CEO of Anglo American Platinum (Amplats), told the conference that Anglo American had offered to make a donation to the Red Cross to help with its humanitarian work in Ukraine.

The offer was declined on the grounds that Anglo is a mining company.

The inference was clear: the Red Cross did not want to accept what it considered to be “tainted money”. A lot of the capital generated from mining over the centuries has indeed been tainted — and much of it still emits a stench — but the times are changing.

And love it or hate it, we cannot do without mining. The Red Cross is not carrying out its commendable work on horseback, using only materials derived from wood, stone and animal skins.

“The reality is that they can’t accept money from us because it goes against their values,” Viljoen told DM168 in an interview. “That is the reality of the perception out there around mining.

“That is not where we need to be. The question is, how do we change that? In my view, there are two things. I don’t think that society understands the role that mining plays and I don’t think that there is an appreciation that, if it’s not grown, it’s mined and that none of our societal realities around us would have been possible without mining,” Viljoen said.

This is certainly a narrative that Anglo has been pushing. Mark Cutifani, the affable Australian who is stepping down as Anglo’s CEO, last year told a virtual conference that “…mining simply makes life possible on this planet”.

By that he meant human life or the modern world we inhabit. It is doubtful that anyone who claims to want to halt all mining tomorrow also aspires to live in a cave.

Mining’s past is certainly chequered, and much of its footprint is downright dreadful: the ruined lungs of silicosis sufferers, countless violent deaths underground, workers subjected to grotesque exploitation and a toxic ecological legacy that includes climate change. Sexism and racism in a work environment long defined by antiquated notions of masculinity persist.

Concerns remain over conflict minerals in countries such as Democratic Republic of Congo, the illicit gold trade spawns vicious levels of criminality, coal emissions continue to burn our planet, and downright looting continues with the elaborate use of tax havens.

The “resource curse” still casts its spell on some economies, which are addicted to the intoxicating allure of commodities but fail to save or diversify for periods when prices go south.

On the other hand, the transition to a green economy is not possible without mining — solar panels and wind turbines do not grow on trees, while electric vehicles require a range of mined metals. Companies such as Anglo, in the face of investor and public pressure, have ditched coal assets as they target net-zero emissions.

Health and safety in South Africa and other mining jurisdictions have seen huge progress. And publicly listed mining companies, in particular, have embraced environmental, social and governance (ESG) issues with the fervour of converts.

One upshot is an emerging shortage of critical skills as the sector’s lingering reputation repels young people. Impala Platinum recently flagged this as a concern at its nascent operations in Canada, where over half of the mining workforce is over 45 years old. Over the next decade another 100,000 new workers will be required for Canada’s mining sector and new entrants to the labour market are hardly flocking to the pit.

In South Africa, this skills shortage will mirror wider trends in the pay gap, as skilled workers command a premium while wages for unskilled and semi-skilled workers stagnate or fall.

Viljoen spoke of a young female executive at Amplats who would not tell her friends where she worked — out of shame. Her concealment of her job, and the refusal of a donation by the Red Cross, stem from the same thing: the perception that the mining sector is deeply flawed.

It’s almost as if this young lady worked for the mob, or Tony Soprano offered to make a donation to the Red Cross.

“The reality is that even in a country like ours, even with its high levels of unemployment, the moment you’ve got skilled people they are not prepared to come [and] work in the mining industry because of the perception,” Viljoen said.

The industry can also be damned if it does and damned if it doesn’t, on some fronts. Automation,  for example, is regarded as a trend that is devouring jobs. But, aside from productivity gains, it also makes the industry a far safer and healthier space in which to work.

“We often get this view that automation is going to destroy job opportunities. I think we might find ourselves in a place that unless we automate we are not going to have people work in the mining industry,” Viljoen said.

She went on to ask how the narrative can change gears.

“We have done amazing work around the world but the only thing people see is when you have a tailings dam failure,” she said — an obvious reference to the 2019 Brumadinho dam disaster in Brazil which killed 270 people.

“They only see the things that go wrong, and when it goes wrong it goes really wrong. But it needs to be accompanied by an honest narrative. So, from an ESG perspective, it’s how we do our work and make sure our safety record is improving and things like that,” Viljoen said.

The world of mining is in many ways kinder and gentler than it was a few decades ago. But the public remains unconvinced. DM168 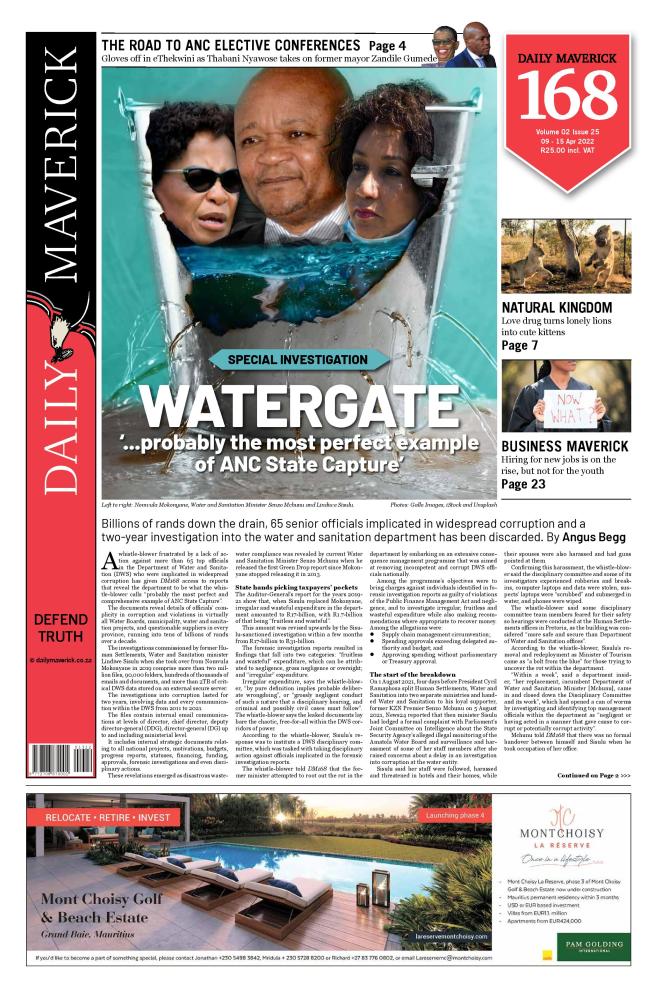