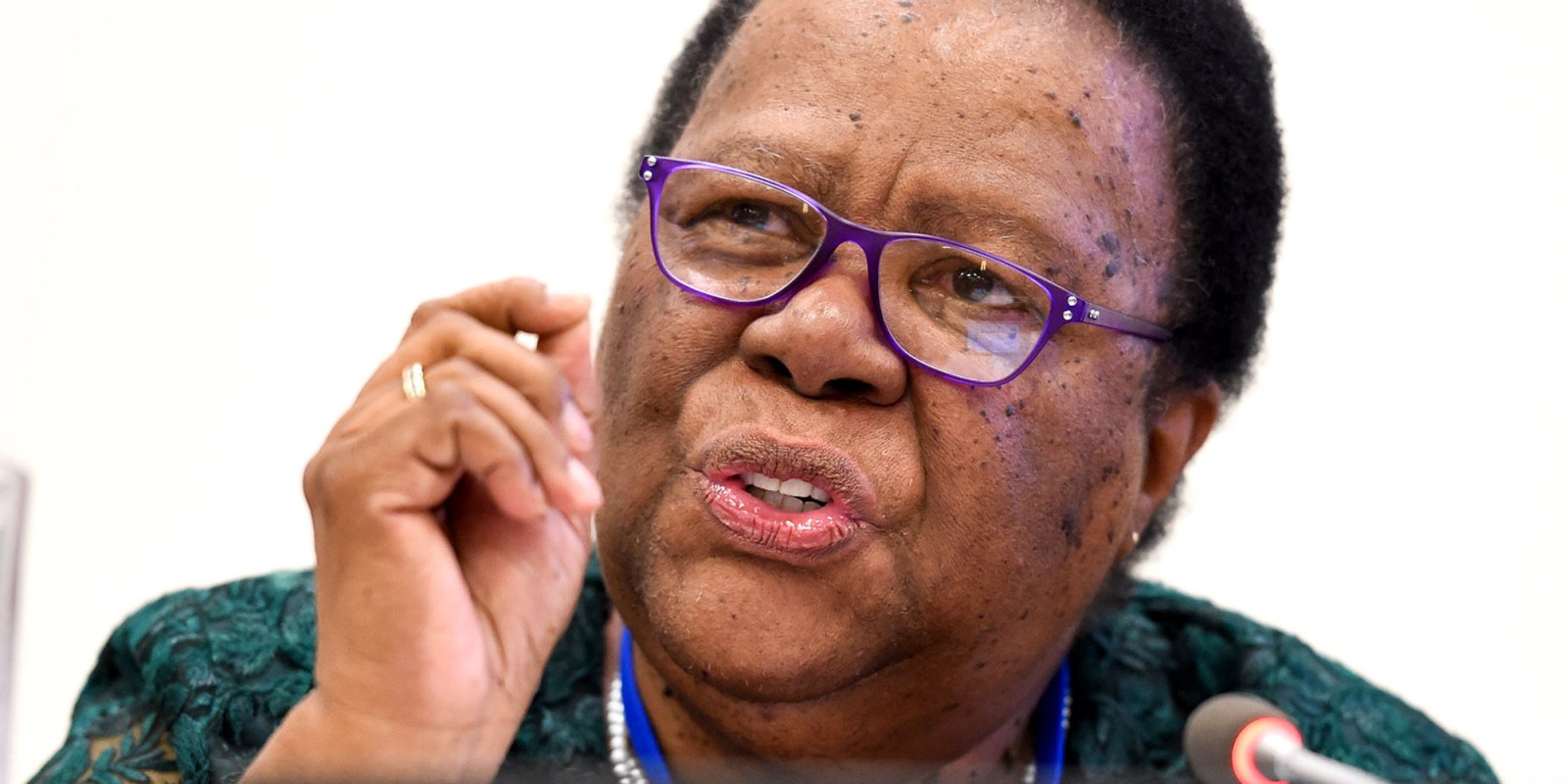 South Africa had abstained three times since March 2 from resolutions in the United Nations General Assembly on the Ukraine war, which were highly critical of Russia, because Pretoria believed that condemning Russia’s aggression would not advance the cause of peace – and could even provoke Russia to further “offences”, according to International Relations and Cooperation Minister Naledi Pandor.

South Africa’s non-aligned position on the war in Ukraine does not mean that it condones Russia’s military intervention in Ukraine, International Relations and Cooperation Minister Naledi Pandor insists.

“We believe that intervention is in violation of international law,” she told a media briefing on Friday.

“South Africa has always opposed violations of the sovereignty and territorial integrity of member states and we don’t choose which member state. Any violation to us is an infringement of the UN Charter and its core tenets,” Pandor said.

“We have also decried the humanitarian disaster that has resulted from this military incursion and called for the urgent opening of humanitarian corridors and the provision of aid to the civilian population which, as usual, bears the brunt of the suffering when violent confrontation breaks out.

“We have held these views on the core principles and values of the UN Charter and on humanitarian support [also] with respect to Palestine and many other countries where sovereignty is threatened. “

But she added that South Africa had abstained three times since March 2 from resolutions in the United Nations General Assembly on the Ukraine war, which were highly critical of Russia, because Pretoria believed that condemning Russia’s aggression would not advance the cause of peace- and could even provoke Russia to further “offences”.

“Constantly poking a bear that is injured merely serves to make that bear more angry and more reckless,” Pandor said, adding that “the aggressive discourse, the name-calling and the use of the General Assembly for the passing of resolutions that add further to criticism, doesn’t add to the resolution of the problem.”

This week South Africa abstained again from a UN General Assembly resolution – which easily passed – suspending Russia from the UN Human Rights Council in Geneva, in response to new accusations that Russian soldiers had deliberately killed civilians in Bucha, a town near the capital Kyiv, where bodies were found with their hands bound and gunshot wounds to the head, inflicted at close range.

Pandor said at the briefing that she was particularly concerned about the suspension of Russia from the Human Rights Council.

“Because I think that when a country that is party to such conflict and hostility is placed at the margins of international bodies, the level and opportunity for increased lack of accountability is just too open for us.

“So we are very concerned that the more marginal you become the worse the offences might be.”

Pandor was pressed by a journalist who asked if South Africa believed that Russia was violating international law and human rights, would it not make sense to express that view by voting with the resolution to suspend Russia from the UN Human Rights Council. But she repeated that South Africa had questioned whether these resolutions advanced peace.

Pandor said she told foreign ministers who had called her to urge her to vote for the resolution that “I’m worried that if we place Russia outside of institutions of global governance, we’re almost giving a licence to say ‘do what you will, we’ve now given up. There’s nothing more’”.

She said siding with the “yes” camp would not bring peace as any settlement would have to include Russia and using “UN instruments as tools of war” would not help to draw the country towards peace.

Pandor also insisted that South Africa had “resisted becoming embroiled in the politics of confrontation and aggression that has been advocated by the powerful countries… we adopt an independent view as to how we vote. In no way can we be directed by anyone as to how we should vote”.

This is in keeping with the approach of the Non-Alignment Movement (NAM), which was formed in 1961 by developing countries who wished to stay out of the Cold War.

Pandor also accused the nations taking action against Russia of double standards. “When Israel launched sustained offensive military operations against the Gaza strip, killing hundreds, flattening homes, burying civilians under the rubble, and devastating the already dilapidated infrastructure in such a small and densely populated area, the world failed to respond in the same way as it has on Ukraine.

“We don’t see Palestinians as different from Ukrainians. But the way the world is reacting suggests that Palestinian lives matter less than the lives of Ukrainians. This is something that concerns us. And we hope we will see the UN acting with as great vigour by the powerful member states, on Israel, on Morocco and others which infringe the sovereignty of nations,” she added, referring also to Morocco’s claim on the Western Sahara which Pretoria recognises as an independent state.

Pandor said she did not believe the Nato leaders who were trying to mediate in the conflict were the right ones for a task which required neutral mediators. “We cannot understand for example why the secretary general of the UN [António Guterres] is invisible in this huge international crisis.”

President Cyril Ramaphosa called Russian President Vladimir Putin early in the war to get his perspective and said that he had been asked to mediate in the conflict – without saying who had asked. Some time after that, South Africa asked Ukraine if Ramaphosa could also call President Volodymyr Zelensky but received no reply. The Ukrainian government was apparently offended that it took Ramaphosa so long after speaking to Putin to request a conversation with Zelensky.

Nevertheless, Pandor said a possible call by Ramaphosa to Zelensky was still on the agenda and South Africa remained ready to help mediate, if requested. She said South Africa had the experience, the expertise and the people to do that.

“To some degree Ukraine and the civilian people of Ukraine are the victims of a huge breach of trust and a concern about security on the part of Russia,” Pandor said.

“We need negotiations that help resolve that level of insecurity among the parties. It has to be addressed. It cannot be neglected. It’s a long-standing historical problem that must be confronted in real terms,” she said, apparently referring to Putin’s complaint about Nato expanding its membership up to the frontiers of Russia.

At the briefing South Africa’s ambassador to Ukraine Andre Groenewald – who has had to flee to Hungary – revealed that five South African families were still in Ukraine. One of these families comprised 10 people. All of them felt safe and said they didn’t want to leave, though he said he had urged them all to draw up evacuation plans in case their situations changed.

One of the families was in Kherson, the southern Ukrainian city which was now occupied by Russian forces. But they were also safe, he said. DM