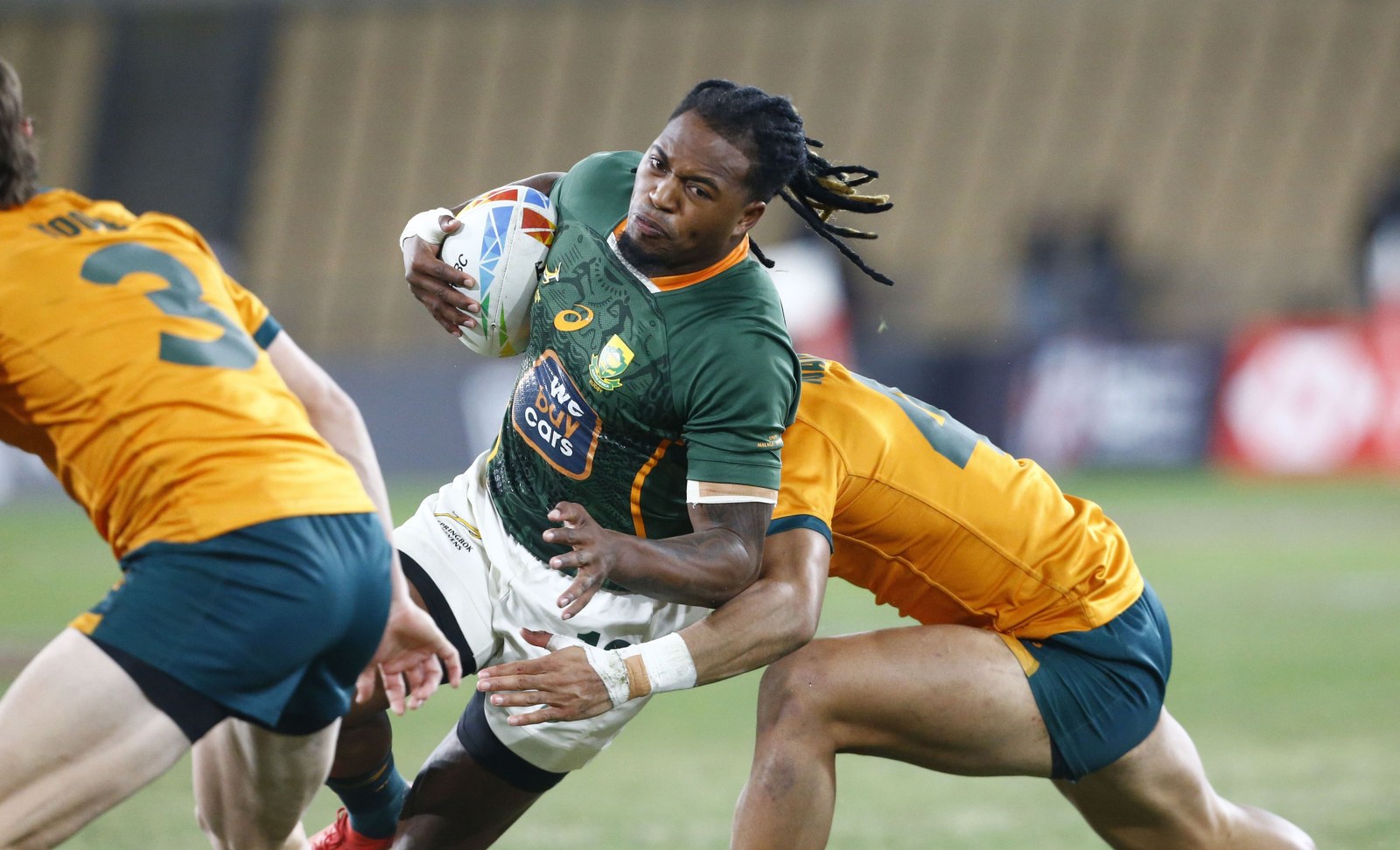 The Springbok Sevens team have dominated the 2022 World Series, but that could be about to change in Singapore if Olympic champions Fiji and perennial winners New Zealand have a say.

The Blitzboks will finally have a chance to test themselves against traditional sevens powerhouses Fiji and New Zealand in Singapore this weekend. Or they might not, depending on the draw.

Fiji and New Zealand, as well as Samoa, did not participate in the first four rounds of the 2021/22 HSBC World Sevens Series because of Covid-19 restrictions. In their absence the Blitzboks have taken full advantage and dominated the series.

Including the truncated 2021 season, the Blitzboks have won six tournaments in a row and are on a 34-match winning streak going into the Singapore leg. They have won the first four tournaments of the 2022 campaign and have a maximum 88 log points. They have been unstoppable, but this weekend the standard of opposition will ask tougher questions.

New Zealand captain Sam Dickson said: “It’s been almost three years since we were here in Singapore and it’s been a while since we’ve played international sevens. We’ve been working really hard the last few months and we’re going to bring a lot of hunger and energy, and hopefully our experience and our natural rugby ability will be able to do the job.”

It was a cautious assessment and a humble approach from New Zealand. Ever the pragmatist though, coach Neil Powell was not looking to possible clashes with Fiji or New Zealand because neither side is in their pool.

If they do eventually meet it will be in the knockout phase, but South Africa’s coach is not peering that far over the horizon. They need to take care of business in Pool A first.

It’s a wise policy because the three teams they face – Canada, Kenya and the USA – are accomplished sevens outfits desperate to become the first team to topple the Blitzboks this season. The price of success for South Africa is having a huge target on their backs. Everyone raises their game when they face the Blitzboks.

“It is not an easy pool and if you are not prepared well, you can easily trip over any of these three sides,” said Powell.

“The last time we played Canada (in Malaga in January), the score was still 0-0 at the break and I am sure they will take a lot of confidence out of that performance. Our focus will be on that game and, as always, we would like to set a standard for ourselves for the remainder of the tournament. So, we do target a good start.

“Our matches against Kenya are always very physical and a true African derby. They are improving all the time and we need to make sure we play them on our terms.”

And according to the Blitzbok coach, the USA side remains one of the most dangerous, especially with strike runners such as Kevon Williams and Perry Baker.

“They have some players that are getting used to the World Series, but with pace like that you need to be very protective of your ball possession, because those guys can score from anywhere on the field,” Powell said.

The other factor that the Blitzboks will have to overcome is travel fatigue. As part of the management of jet lag, they arrived a few days earlier than usual. The extra acclimatisation period could be a massive factor in the knockout phase, should they reach it.

“We executed that plan from our medical team with success,” said Powell. “We arrived early which helped, and we managed a defence and attack session, and both went well.

“We deliberately wanted to create high intensity early in the week and managed that. It was not perfect, but overall I am happy with the effort the guys showed in those early sessions.”

The team is back to full strength with the return of playmaker Ronald Brown, who missed the last tournament in Seville with a knee injury.

Brown, a cancer survivor, had been one of the star performers during the early part of the season before the injury setback. With Hodgkin’s lymphoma now defeated, Brown took the World Series by storm.

But his knee injury forced him to slow down and he now sees the break as something positive. His knee has recovered fully.

“I used the time well during the time away from the team,” said Brown. “First, I had to get the knee right, so that was the big focus for me. And then get fit and able to play, and I am happy to say that it worked out well. It was also a good mental break for me. Now, coming back into the squad, I can just focus on rugby again.”

The big talking point in Singapore this week has been the return of Fiji and New Zealand to the circuit, teams Brown has never faced in the World Series.

“We will stick to our guns and do what we do. We will face them as a squad and not individuals and that will make the job easier,” he explained.

“We all know they bring something different to the tournament and everyone is excited to experience that. They will challenge us in unfamiliar ways. That makes it even more exciting.” DM