Joburg’s City Power employees under the gun as copper...

Johannesburg’s City Power under the gun as violence, vandalism and theft spirals 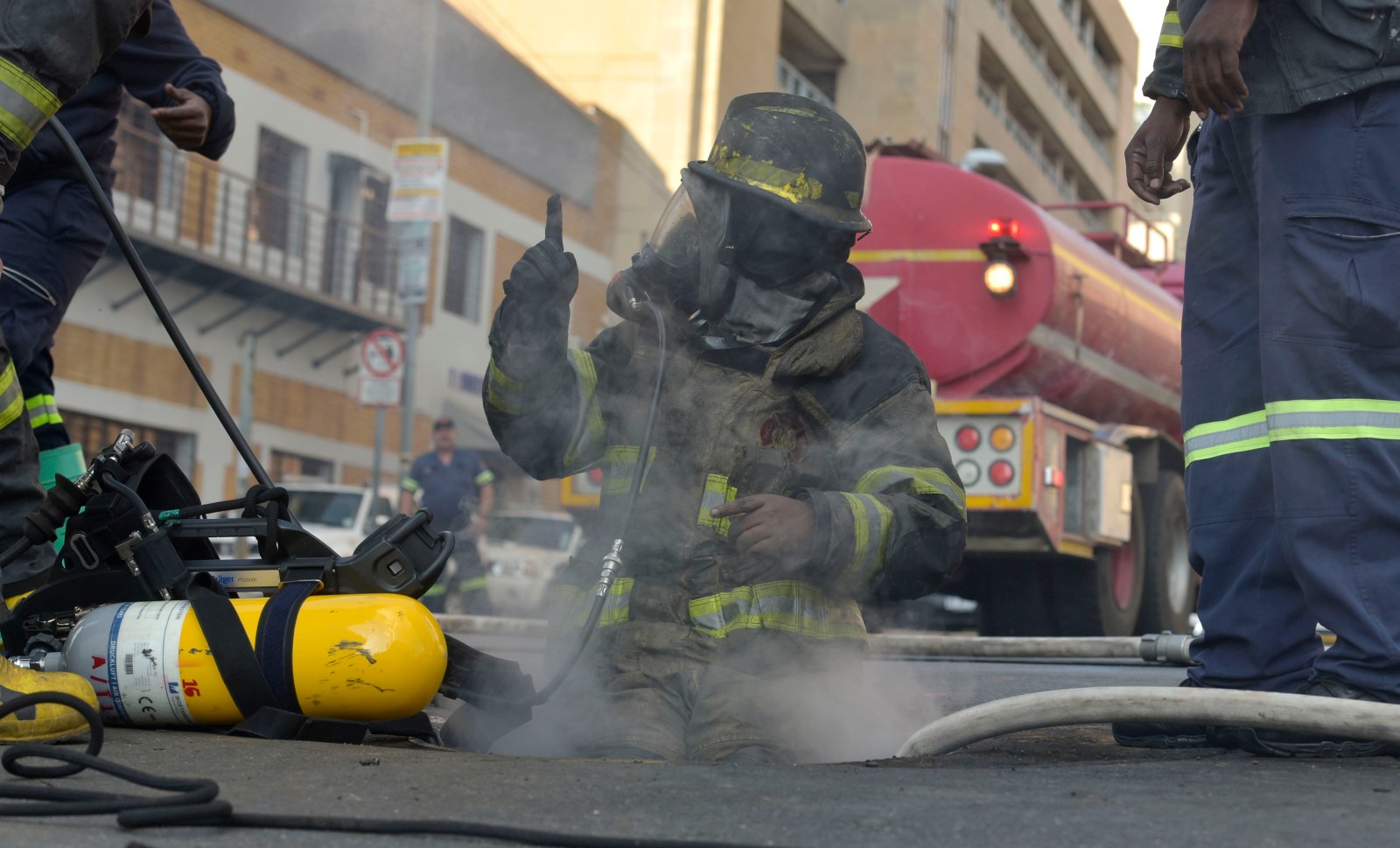 Johannesburg firefighters tackle a blaze that flared up underground in the Ferreirasdorp area of the CBD on 23 March 2022. (Photo: Neil McCartney / The Citizen)

The two security guards were shot after escorting one of the power utility’s trucks to City Power’s salvage yard in Booysens, Johannesburg. The truck was loaded with copper cables that were burnt in an inner-city underground tunnel fire.

The officers were patrolling some of the cable theft hotspots around Newtown when they were ambushed by an unknown number of men around 10pm on Thursday, 31 March.

They were sitting in their vehicle in Carr Street when gunmen appeared on both sides of the car, shooting the security guards execution-style. The killers then pulled their bodies from the vehicle and stole a firearm.

There have been no arrests.

The following day, Friday, there was an exchange of gunfire with criminals in the informal settlement, Kya Sands. A City Power security officer died after being shot in the head.

These are not isolated incidents.

High price of theft and vandalism

City Power has lost more than R187-million as a result of copper cable theft and damage to electricity infrastructure in the past five years.

City Power said it was difficult to quantify the amount of cable that was stolen “because it’s not only copper cable that is targeted”.

The losses include the vandalism of substations, where equipment such as bus bars, feeder boards, fuses and jumper cables are destroyed or stolen. The power utility said that in some instances, entire transformers and miniature substations were uprooted and stolen.

Explaining the long-term impact of the ongoing theft and vandalism, Mangena said: “Continuous targeting of City Power electricity network infrastructure will detrimentally affect other critical economic sectors dependent on electricity, including the financial or banking sector, water services, sewerage and sanitation and its reticulation systems, health services such as hospitals and clinics, communication systems such as Telkom, Vodacom, MTN, Cell C, transportation systems such as railway network and traffic lights, criminal justice systems, which include courts, police stations and correctional centres, industrial sector and businesses, schools and individual households.”

The power utility has not ruled out the involvement of syndicates.

“In the case of cable theft, the suspects are organised and well armed,” said Mangena.

“However, in other instances, the target is firearms because they can be used to commit other crimes. The security officers are an easy target because they patrol remote and dangerous areas.”

A move away from copper

There have been suggestions that City Power and other agencies such as Prasa and Eskom should consider using less valuable metals as an alternative to copper. City Power said it has already adopted a strategy to migrate from copper to aluminium.

“All new electricity network infrastructure is constructed with aluminium. Copper is only used exceptionally,” said Mangena.

The power utility said a wholesale migration was not possible as City Power had over 18,000km of underground copper cable, making it economically impractical to uproot the network and replace it with aluminium.

On the upside, 2022 has seen the courts handing down stiff sentences to offenders. The harshest sentence imposed was in February, when a copper cable thief was sent to jail for 15 years.

City Power said that through joint operations with police to raid scrap metal dealers, they have begun seeing an increase in the quality of investigations and prosecutions of crimes involving essential infrastructure.

City Power would, however, like to see dedicated police units being established to counter theft and vandalism.

The areas that were affected included Selby, Newtown, Mayfair, Westgate, Wemmer, Village Deep, Park Central, parts of Booysens and others.

Piles of rubble had to be removed and about 400 metres of new cables installed. City Power said the repair work was affected by a burst water pipe.

Power has since been restored to all the affected areas.

Regarding the network’s vulnerability, Mangena said: “From a security perspective, all points of entry – manholes, gates and openings to the tunnels – were locked and sealed. No point of entry could be identified where the would-be copper cable thieves could have entered.”

Mangena added: “We are not ruling out anything. The investigation report will assist.” DM