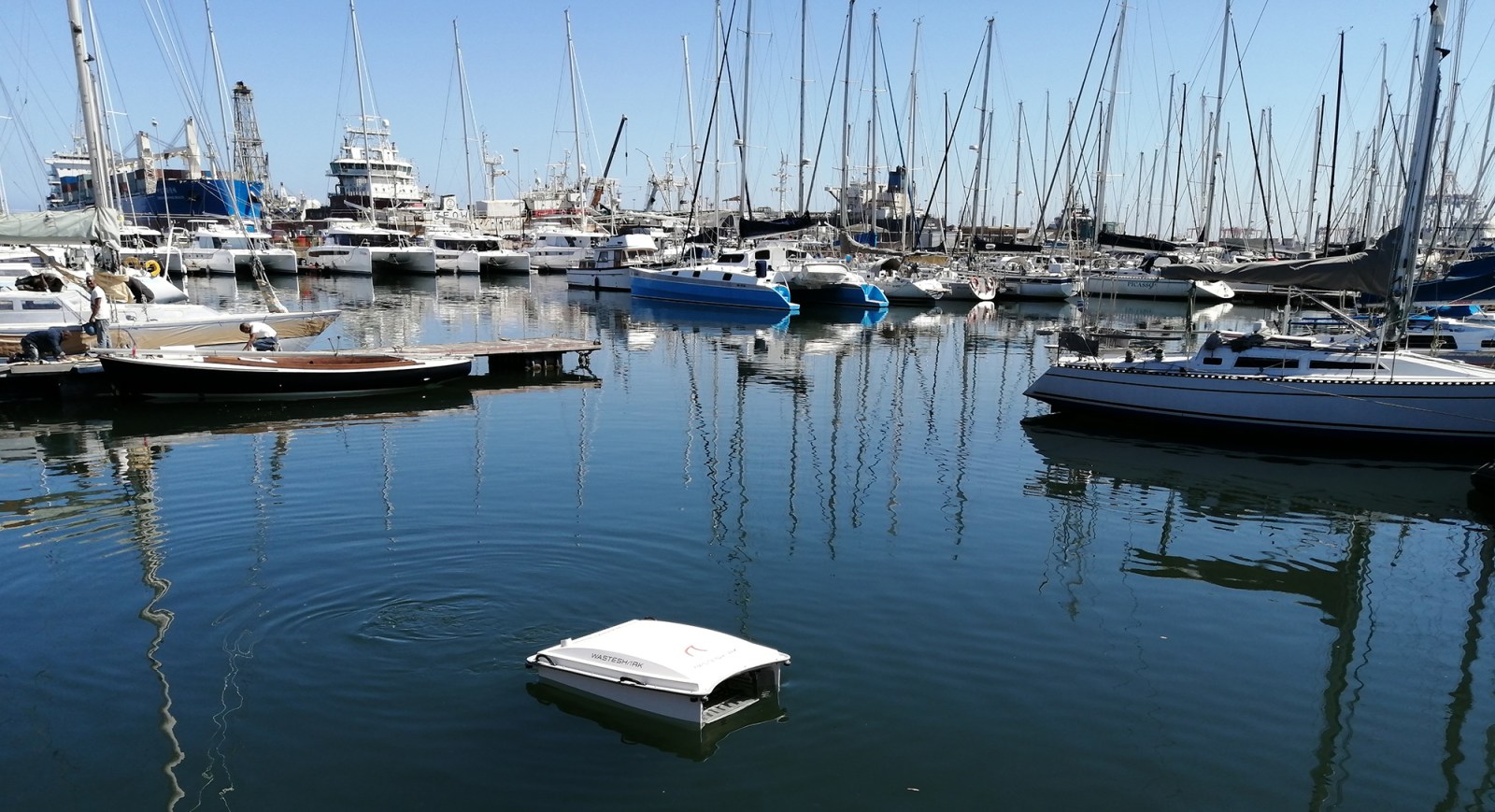 A look at the state of South African waterways and the inefficient ways in which the bodies were being cleaned led innovator Richard Hardiman to create a sustainable and effective way of removing litter from water with the invention of the WasteShark.

Hardiman told Daily Maverick he saw how authorities were using small boats and pool nets to catch the waste in water bodies. He decided that better, more effective technology was needed and came up with the  WasteShark concept in 2013. The first prototype was produced in 2015.

“The purpose of the WasteShark is to remove waste, litter (plastics) and harmful algae from the surface of the water. The idea is that, very much like a small autonomous vacuum cleaner… this machine can operate in a similar fashion, cleaning the water constantly,” said Hardiman, who is CEO and founder of RanMarine — the parent company of the WasteShark.

Developed in Cape Town, where the first prototype was built and tested, the product and company moved to the Netherlands where the creator was able to secure more funding after looking for years in South Africa. According to Hardiman, it was easier to scale such innovation in Europe, where tech and plastic pollution focus was heightened in 2015. The product is being used in Africa, the United States, Asia, Europe, Australia and the Middle East.

A second prototype has since been created by RanMarine, an autonomous robot that removes waste without human intervention, returning with waste once filled. The “Shark” removes about 500kg of waste a day without emissions, using a battery that can last 10 hours on a single charge.

Hardiman said the WasteShark could be used to upskill labourers from cleaning with nets to being drone operators. He said the product also collects water quality data using onboard sensors, allowing for remote monitoring. The product can also pick up crude and refined oil, as well as toxic algae to ensure early detection.

“If it is easier and simpler to collect waste using our technology then we should use it — the more waste that is caught the less ends up in our oceans. [The WasteShark] is cheaper, more efficient and doesn’t pollute the environment while doing the job!” Hardiman said. In South Africa, about 3% or 80,000 tonnes of plastic ends up in rivers and oceans, while globally  at least 14 million tons of plastic end up in the ocean every year, affecting aquatic life, human and environmental health.

Jennifer Burger, Royal Cape Yacht Club operations manager, told Daily Maverick the club ran a programme for disadvantaged youth. Some had been employed to operate the WasteShark a few days a week. She said using nets for cleaning copious amounts of plastic from their waters was limiting as only parts of the litter were accessible.

“There is a lot of debris in the harbour and at times it can be overwhelming. The Shark has reinvigorated staff and members and encouraged them to get involved with picking up the litter. I suppose the uniqueness of the shark has piqued interest in addressing the litter problem,” Burger said, adding that the WasteShark would enable litter removal from more accessible areas.

RanMarine will launch a bigger version of the Shark in about six months. The new product would ideally remove about a tonne of waste in a single load, says Hardiman. The company hopes to launch a docking station that can store, charge and empty baskets while housing five of the WasteSharks. The aim is for WasteShark to not need human intervention.

“It has always been the intention to deliver and develop these products for Africa and other emerging countries where their need to fight plastic pollution is perhaps greater than other countries,” Hardiman said. DM/OBP