New book spells out how the Russian nuclear deal would... 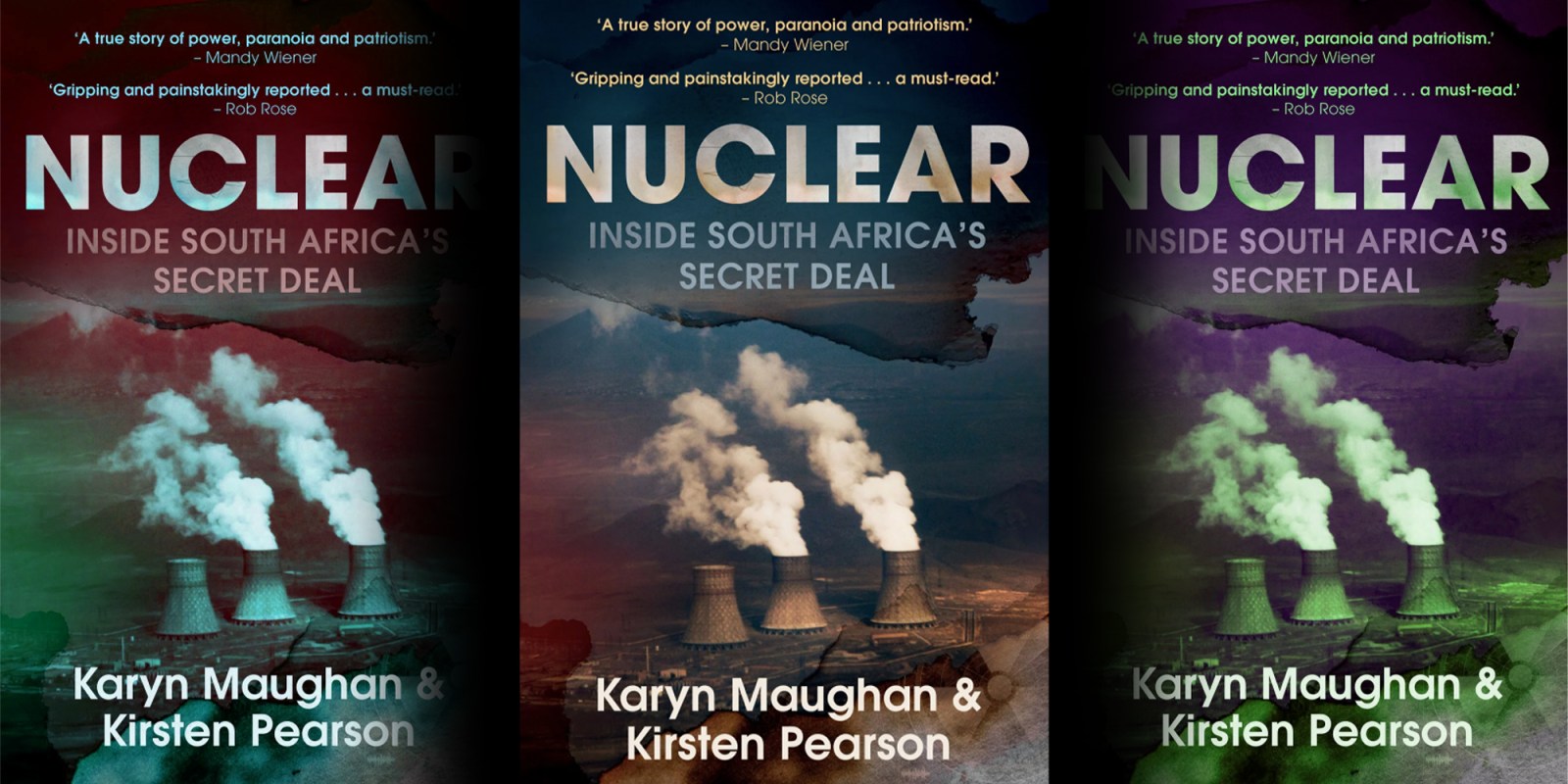 If South Africa’s nuclear deal with Russia had not been capsized by a court challenge, it would have been the biggest procurement deal signed in the democratic era. A new book by journalist Karyn Maughan and researcher Kirsten Pearson reminds the country how close it came to probable economic ruin – and joins the dots on Pretoria’s current loyalty to Moscow.

The release of Nuclear: Inside South Africa’s Secret Deal has arrived at a highly opportune moment.

As News24 associate editor Qaanitah Hunter pointed out in a virtual launch of the book on Thursday, there has never been a better time to probe “the hold [Russian] President [Vladimir] Putin has over the ANC”.

That hold has been made clear, more sharply than ever before, by South Africa’s response to the current war in Ukraine, with Pretoria’s official line constituting a refusal to condemn Russian aggression. And although the standard justification offered is that the former USSR was there to assist the ANC in the anti-apartheid struggle, many suspect that there is much more to the bilateral ties than this.

In the view of author Karyn Maughan, who wrote Nuclear: Inside South Africa’s Secret Deal together with former Treasury insider Kirsten Pearson, it is helpful to travel back to 2014.

That was the year in which former president Jacob Zuma would later claim he almost died of a poisoning attempt, with his life only saved due to the expertise of Russian doctors when he was rushed to Moscow.

Zuma would subsequently voice his belief that he had been the target of an assassination attempt by Western powers – and that it was his friendship with Putin which spared him. Maughan said on Thursday that she believes this essentially set the tone for what was to follow.

“Zuma signs off on the Rosatom [nuclear deal with Russia] agreement 17 days after he goes to Russia in apparent desperation for lifesaving treatment,” Maughan said.

Thereafter, an “increasingly desperate desire” was evident from the side of the Zuma administration to “formalise this geopolitical alliance with Russia”.

Maughan pointed out that the Russia-South Africa nuclear deal would have been the biggest procurement contract ever signed in South Africa’s democratic era. Although Russia had committed to providing the upfront financing, it would have had “massive implications for the [South African] economy and debt-to-GDP ratio” down the line. And the basic plausibility of the scheme is still unclear.

“I have real questions about whether Russia could have afforded to build a fleet of nuclear reactors [in South Africa],” Maughan said.

After all, it would have been the biggest build of this kind that Russia had ever attempted in the world, and economists have said that it would almost certainly have been a “loss-leader” for Russia.

But the appeal of the project for the Kremlin was apparent in other respects: it “would become the blueprint for Russia to do nuclear deals in other African countries”, suggests Maughan, and it would also have locked South Africa into economic and energy dependency on Russia for decades. The idea was that South Africa would in effect rely on Russia to supply 23% of our energy mix.

Zuma’s apparent desperation to push the unaffordable deal through meant that the Treasury, by necessity, had to be kept in the dark. Maughan pointed out that Zuma viewed Treasury officials with deep suspicion, seeing them as “agents of the West, controlled by apartheid spies”.

In their book, Maughan and Pearson draw on documentation, including Cabinet memos, to support the idea that the firing of Finance Minister Nhlanhla Nene in December 2015 was intimately linked to Nene’s scepticism about the nuclear deal. Months beforehand, Eskom – by that time viewed as the most promising vehicle to push through the deal – had been purged of senior officials, with the notable exception of erstwhile CEO Matshela Koko.

Maughan quoted former Eskom legal head Suzanne Daniels as recounting how Koko was adamant that the nuclear deal needed to be pushed through before the 2017 ANC electoral conference at Nasrec, because they could not rely on Zuma’s successor – even if it were Nkosazana Dlamini Zuma – to go through with it.

The Guptas also probably had a role to play. Hunter pointed out that the Guptas were suspiciously well-placed to benefit from the nuclear deal after purchasing Shiva Uranium in 2010. Opportunities for Gupta enrichment would have come not just from uranium but from providing associated services, like consulting on the nuclear build, transporting uranium and so forth.

The formation of BRICS also provided useful cover for the South African government in pursuing the nuclear deal. In Maughan’s words: “The State Capture project and the BRICS political project aligned from the end of 2016.”

“The secrecy around it was a large part of the deal’s undoing,” Maughan suggests.

Ironically, the clandestine nature in which the deal was handled – which Zuma felt essential to secure its success – is what would ultimately arouse public suspicion.

For Maughan, one of the major takeaways of the saga is that it is easy to dismiss Zuma’s paranoid thinking – perhaps most visibly on display in his short-lived appearance before the Zondo Commission during which he ranted about a conspiracy against him driven by Western intelligence agents – as patently ludicrous.

Nevertheless, believes Maughan, it is this exact paranoia that has essentially shaped South Africa’s current geopolitical stance, with Zuma seeing Putin and the Kremlin as offering salvation from the direct personal threat the former president felt himself under from the West.

All the same, Zuma is no longer in power – and yet Pretoria’s loyalties remain with Moscow, and current President Cyril Ramaphosa has made it clear that the door is not yet closed to nuclear power.

This raises the trillion-rand question: Is the ANC beholden to the Kremlin in other ways hidden from public view?

Maughan pointed out that there have been allegations raised in the past that the ANC may have received as much as R100-million from Russia to help fund its 2014 election campaign.

But other questions linger. When Putin paid a visit to Ramaphosa shortly after Ramaphosa took power, it is believed that one of his major reasons was to question the fate of the nuclear deal.

It is interesting, says Maughan, that the Kremlin apparently “didn’t understand what the implications were” of the South African courts overturning the nuclear deal.

Why was the Kremlin so confident that the nuclear deal would still go ahead? That remains unanswered. DM