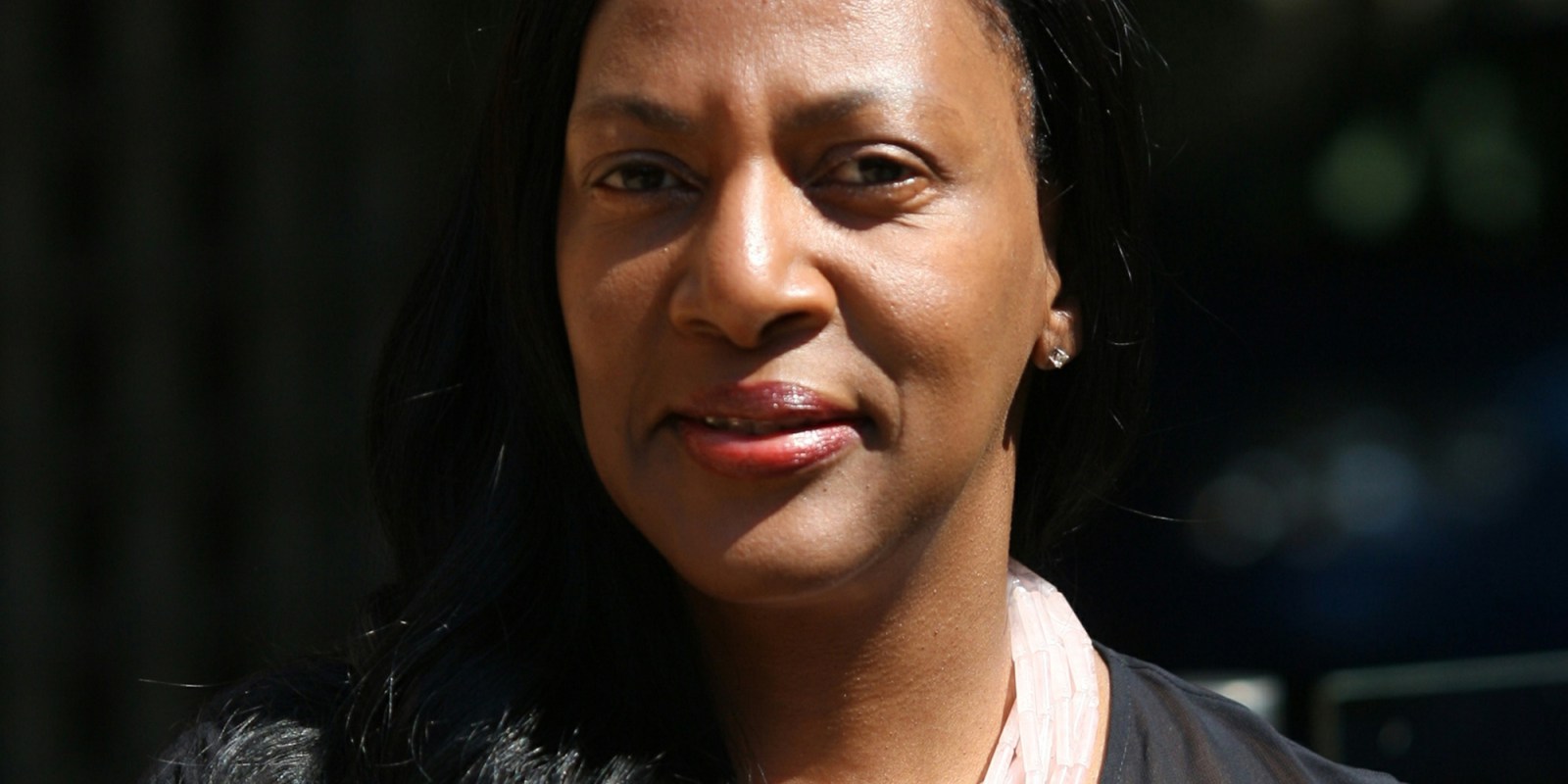 Activist and author Andy Kawa in Johannesburg on 13 February 2013. The Constitutional Court agreed with her that the failure of the police to conduct a reasonably skilled and diligent search for her when she was being held by her captor for about 15 hours, and subsequently a reasonably effective investigation, made her suffer 'serious psychological and psychiatric trauma'. (Photo: Gallo Images / Sowetan / Vathiswa Ruselo)

Andy Kawa’s case makes it clear that our law holds that the police have a duty to investigate cases of gender-based violence in a reasonably effective way.

On 5 April 2022, the Constitutional Court handed down its judgment in the case of activist and author Andy Kawa. Kawa has battled for more than a decade to get justice for the rape and abduction she endured at King’s Beach in Gqeberha (formerly Port Elizabeth) in 2010.

Kawa’s claim was made against the minister of police and focused on the trauma she endured due to the South African Police Service’s (SAPS) inefficient and negligent handling of the investigation into her rape and abduction. Kawa’s principal argument, with which the majority of the Constitutional Court agreed, was that the failure of the police to conduct a reasonably skilled and diligent search for her when she was being held by her captor for about 15 hours, and subsequently a reasonably effective investigation, made her suffer “serious psychological and psychiatric trauma”.

Writing on behalf of the majority, Justice Pule Tlaletsi acknowledged that “truly, few things can be more important to women than freedom from the threat of sexual violence”. He further found that “the state has a duty to protect women against all forms of gender-based violence that impair their enjoyment of fundamental rights and freedoms” and that it has to “take reasonable and appropriate measures to prevent the violation of those rights”.

The principle of the positive obligation of the state, and thus the SAPS, to actively protect women from gender-based violence was confirmed in the landmark Carmichele case almost 21 years ago. This is where Alix Carmichele was viciously attacked by Francois Coetzee after he was released from jail pending the criminal hearing into the attempted rape and murder of a 17-year-old schoolgirl.

The court heard evidence that many community members had protested to the SAPS and the prosecutor in the case against Coetzee’s release, citing his history of violent crimes as a concern. The Constitutional Court found in favour of Carmichele who asserted that the SAPS and the prosecutor had failed in their positive duty to take steps to prevent the man from causing her harm.

This case was important as the court held that the SAPS has an obligation to protect the fundamental rights and freedoms of all individuals under the Bill of Rights, but more so they have a duty to reasonably protect women from sexual violence. In many ways, Carmichele can be considered one of the cases founding the principle of gender-based violence victims’ rights.

Carmichele explicitly sets the precedent that the SAPS has a duty to prevent violence against individuals, especially vulnerable ones (such as women and children). If the SAPS and prosecutors do not meet this duty then survivors have a right to claim damages against these bodies for failing in their duties towards the victim.

Kawa’s case builds on this and it is now very clear that our law also holds that the SAPS has a duty to investigate cases of gender-based violence in a way that is reasonably effective. Thus, the SAPS does not only have duties around prevention of gender-based violence, but has a duty to reasonably assist in the criminal justice process of securing sanctions against perpetrators of this violence.

An alleged problem with this duty to investigate reasonably, as expressed by the minister of police, is that holding the SAPS to a reasonable duty of effectiveness “would have a chilling effect on its (SAPS’s) ability to conduct investigations and carry out its constitutional mandate”. This is because, the minister argued, the police might adopt “defensive policing” – where they may refuse to take risks in case it attracts liability. The minister relied heavily on this “floodgates” argument which was based on the case of Hill in the UK.

In response to this argument, Justice Tlaletsi stated that, “if anything, not imposing liability would have a ‘chilling effect’ on the ability of survivors of gender-based violence to vindicate their rights and hold the SAPS liable for any secondary victimisation it has caused”.

Justice Leona Theron, concurring with Justice Tlaletsi, said the case of Hill, which denounced police liability in shoddy investigations, was both counterintuitive and speculative. Both these judgments reiterated that South African law is different from UK law since we acknowledge that various state organs have positive duties towards citizens.

Overall, what is important from Justice Tlaletsi’s judgment is that when the SAPS fails to investigate gender-based violence crimes to a reasonable threshold, secondary trauma can manifest in the survivor. This inaction of the SAPS can exacerbate the trauma of the initial violation, and our courts explicitly acknowledge now that survivors may have a claim against the SAPS for this further trauma.

The idea of the rights of the victim is underexplored in South African law and jurisprudence – Section 35 of the Bill of Rights establishes the rights of arrested, detained and accused persons, yet, arguably, a similar class of rights does not currently exist for victims of any crimes, let alone offences involving gender-based violence.

The judgment in Kawa’s case continues in the vein of Carmichele in slowly acknowledging that survivors of gender-based violence do have certain rights and claims against the government for failing to create a safe society for vulnerable individuals. DM

Sheena Swemmer is the head of the Gender Justice programme at the Centre for Applied Legal Studies, Wits University.

Want to stay informed about the latest legal issues? Sign up for Judith’s Prudence, a free newsletter curated by Legal Eagle Judith February, who rounds up all your essential reading of the week.