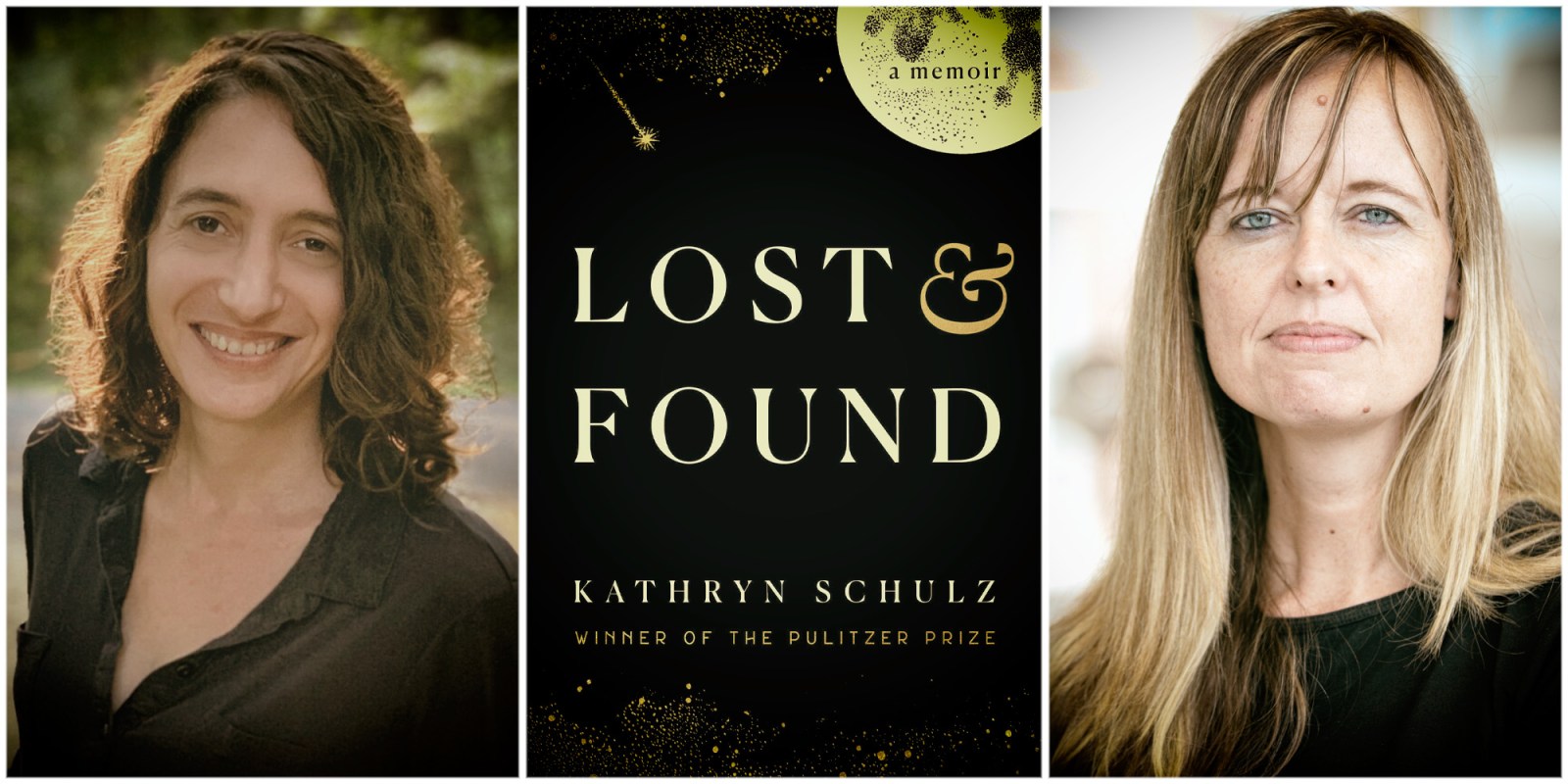 “One of the things that I try to emphasise in the book is that grief isn’t always anything. Much like being in love, it is not monolithic – it’s a landscape with incredibly varied topography, and one of my real commitments in this book was to try and patiently walk through that and look at what it’s actually like, as opposed to how we describe, categorise or think about it,” said writer at The New Yorker and Pulitzer prize-winning journalist Kathryn Schulz during a Daily Maverick webinar on Wednesday.

Daily Maverick journalist Rebecca Davis spoke with Schulz from her home in Maryland, US, to expand on her new book, Lost & Found: A Memoir, and discuss the grief of losing her father and falling in love, and the murky, muddy area in between – the conjunction of love and grief.

Schulz joined The New Yorker as a staff writer in 2015. Before that, she was the book critic for New York Magazine, the editor of the environmental magazine Grist, and a journalist and editor at the Santiago Times in Chile.

In 2016, she won the Pulitzer prize for feature writing for The Really Big One, her article on the Pacific Northwest’s Cascadia fault line, and the region’s insufficient disaster-preparedness strategies for an impending earthquake.

Lost & Found is Schulz’s second book; her first was Being Wrong: Adventures in the Margin of Error, published in 2010.

Being Wrong is, as its name suggests, a book about error and making errors – what Schulz dubs “wrongology”. Davis pointed out that South Africa featured in the book, with Schulz citing the Aids denialism of former president Thabo Mbeki as an example of an error with “monstrous and catastrophic” consequences to illustrate that not all errors are insignificant or easily forgiven.

Despite this, in her book, Schulz takes a very charitable approach towards error, as something which encourages us to think more positively about making mistakes and owning up to them.

One of the points she makes in Being Wrong is best summarised in a quote from the book: “Because even the most seemingly bulletproof scientific theories of times past eventually proved wrong; we must assume that today’s theories will someday prove wrong as well.”

But, in light of the Covid-19 pandemic, where the possibility of making errors has seemed very fraught because knowledge of the virus has evolved and continues to evolve, Davis asked the author if she now felt any differently towards the contents of Being Wrong.

“On the one hand, I stand by the kind of philosophical core of that book, which is about intellectual humility, recognising the limits of our knowledge and trying to be generous and respectful in the face of the limits of other people’s knowledge. So, in a deep way, I continue to believe in what I wrote.

“But I do not think I could write that book today,” said Schulz.

Part of the reason for this is Covid-19, but mostly it is because of what Schulz described as “the incredibly tumultuous and upsetting political landscape in America and many other places in the last few years”.

In Being Wrong, Schulz said she tried to “adopt a stance of scepticism towards one’s own views and to encourage and champion that and to make allowances for the possibility that people who disagree with you are not simply ignorant, idiotic or evil”.

“I now – to be very blunt – feel that I’ve just come through a very long time of feeling that, actually, a certain number of people with very large platforms and loud megaphones are wilfully ignorant, or are arguably idiotic, and certainly somewhere on the spectrum of evil.”

Schulz said while she remains steadfast in her belief in the importance of challenging one’s own assumptions, there are fundamental things that she believes that she is not willing to entertain are wrong.

One of the hallmarks of Schulz’s writing in both her books, as well as in her journalism, is that she “draws on such a vast array of sources and knowledge”, commented Davis.

In Lost & Found, the depth and breadth of her knowledge of classical literature, philosophy, psychology and science take centre stage, but are woven eloquently into the personal and profoundly shared experience of death. The book is separated into three parts: the first being “Lost”, the second “Found”, and the third “&”.

Lost & Found is in some respects a memoir about grief, but also about love, connection and togetherness, the author explained.

“I am mindful that part of it is about grief, and so of course it naturally sometimes gets positioned as a grief memoir,” said Schulz.

While this is true to an extent, Schulz said Lost & Found is fundamentally a book about love, “love of my family, love of my partner, love of the world”.

Despite its labelling as a memoir, the book veers away from centring on the author herself and focuses largely on her father’s death in 2016, and the bounty of finding love with her partner, in the year before.

The decision to not include much of herself is because “it didn’t serve the particular project of this book, which was to explore these larger categories of losing and finding and then this kind of interesting idea of conjunction I’m wrestling with at the end”, Schulz explained.

She writes about her father extensively in the “Lost” section of the book, which primarily focuses on grief and the semantics of loss.

“It’s very disorientating, grief is, and you do have the sense of being sort of alone in an unfamiliar landscape. It’s a little muddy – it’s unclear whether you lost someone or you yourself are lost. But there is this deep feeling of disorientation and the sense of a desire to look around, to search,” said Schulz.

However, she notes explicitly in the book that the death of her father is “not a tragedy”. He was 74 when he died, surrounded by a loving family.

“I am not in this book writing about that kind of death, and it felt important to acknowledge that,” said Schulz. DM

Order your copy of Kathryn Schulz’s Lost & Found: A Memoir from the Daily Maverick shop and get free delivery anywhere in South Africa. Maverick Insiders get 10% off.