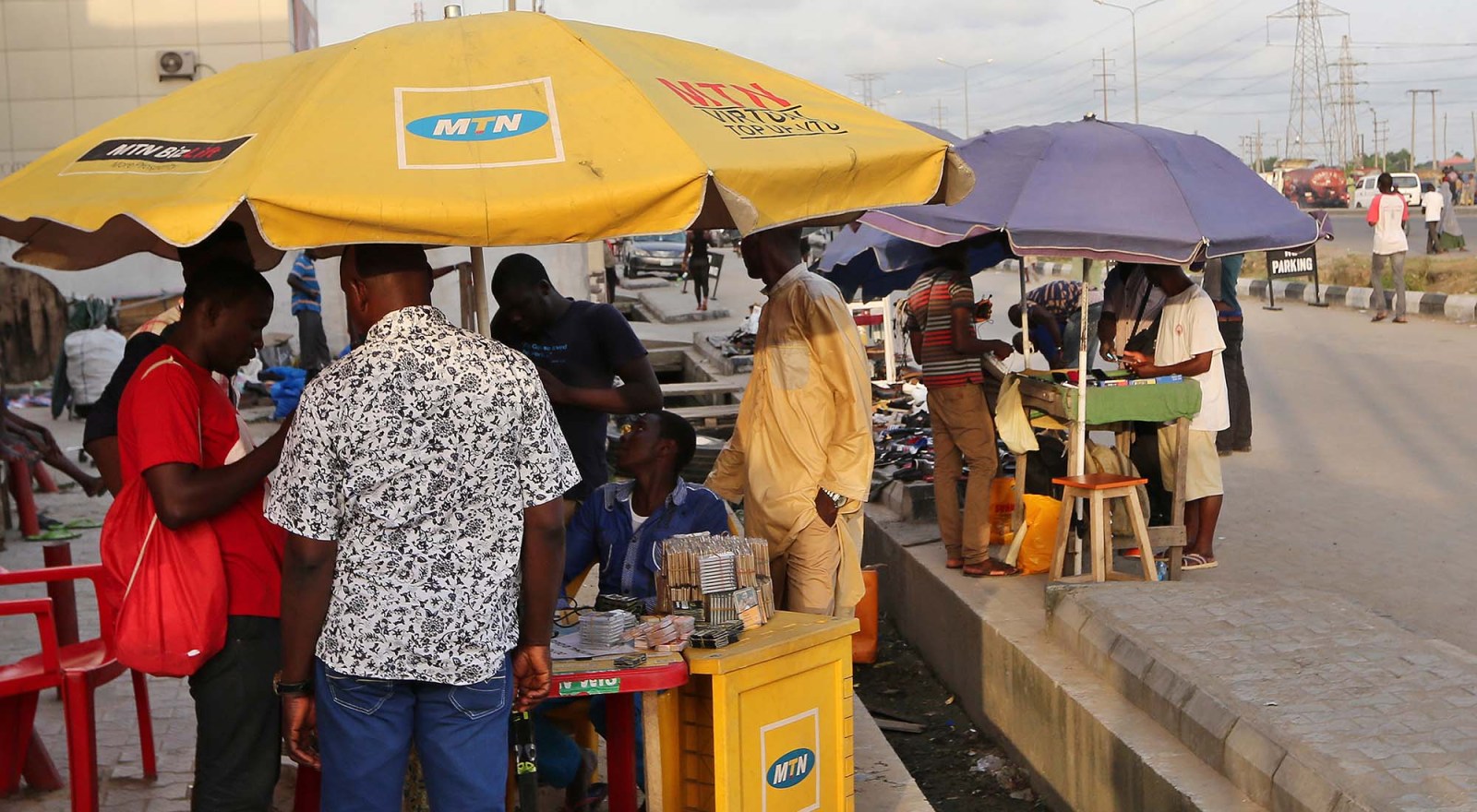 Nigerian authorities now require all mobile operators to restrict outgoing calls for subscribers whose SIM cards are not yet linked with their national identity number, which is similar to South Africa’s ID system. This sent MTN’s share price crashing by nearly 8% on Tuesday, but after MTN explained the situation on Wednesday, the share price rose 4%.

The mention of MTN and Nigeria in the same sentence tends to make shareholders of the mobile operator nervous.

Regulatory developments in Nigeria’s telecommunications industry, a market where MTN generates about 40% of its group profits, sent the company’s share price into a tailspin earlier this week. On Tuesday, 5 April, MTN’s share price fell by 7.7% on the JSE, wiping out R27.5-billion from its market value.

It turns out that Nigerian authorities now require all mobile operators, including MTN, to restrict outgoing calls for subscribers whose SIM cards are not yet linked with their national identity number (NIN), which is similar to South Africa’s ID system.

The Nigerian Communications Commission (NCC), the telecommunications regulator, has been cracking down on unregistered SIM cards in Nigeria that could be used for terrorist activity, extortion and abductions.

On Wednesday, MTN was quick to reassure investors that the move by the NCC will not harm its finances or mobile operations in Nigeria, where it has a subscriber base of more than 60 million. The reassurance helped to stop the sell-off of MTN shares as the price was up 4% on Wednesday.

MTN had to calm investor nerves because, in 2016, it fell foul of regulatory requirements in Nigeria, saddling it with billions of dollars in fines. Nigerian authorities slapped MTN with an initial fine of $5.2-billion (later reduced to $1.6-billion) for failing to disconnect about 5.1 million mobile subscribers who had unregistered SIM cards.

MTN said its Nigerian subsidiary, which is listed in Lagos, has “made good progress” in registering SIM cards to the national identity number system, with about 47 million subscribers having submitted their personal details for registration by 31 March, representing about 67% of its subscriber base. The 47 million subscribers made up 76% of MTN’s total service revenue (generated from the sale of airtime, voice bundles and mobile data) for the year ended 31 December 2021.

“Outgoing voice revenue [to be affected by the NCC’s new directive on restricting outgoing calls on unregistered SIM cards] from the current subscribers who have not submitted a NIN amounts to about 9% of MTN Nigeria’s total full-year 2021 service revenue on an annualised basis,” said MTN.

“For MTN Group, this would amount to approximately 3% of full year 2021 service revenue on an annualised basis.”

Put differently, MTN said the number of unregistered SIM cards belonging to its subscribers is small and the crackdown by Nigerian authorities won’t leave a big hole in its finances.

MTN Nigeria has received a formal directive from the NCC to implement a phased suspension of services to affected subscribers, placing them on “receive [phone calls] only” status, in effect from 4 April.

“In line with operating licence requirements, MTN Nigeria has complied with the directive and implemented the restrictions on only outgoing voice calls of affected subscribers. All other services remain available to all subscribers, including those that are yet to submit their NINs,” it said.

A big market for MTN

Market-watchers like Karl Gevers of Benguela Global Fund Managers have long argued that Nigeria’s telecommunications market is too big and lucrative for MTN to give up on. So it has to comply with the regulatory changes in the country to appease regulators — even if it does so grudgingly.

“Nigeria has a huge user base and a big portion of its population is unbanked [consumers who don’t have access to formal banking facilities]. There are big opportunities for MTN Nigeria to expand into, such as the emerging financial technology space,” said Gevers.

To this end, MTN is channelling investments into Nigeria’s fintech industry, especially the arena of mobile money.

In August 2019, MTN launched a mobile money transfer service called MoMo (an acronym for Mobile Money) in Nigeria, Uganda and Ghana, targeting consumers who don’t have access to formal banking services. MTN Nigeria’s MoMo service has garnered 9.4 million active users since launching in August 2019, and added another 4.8 million during the year ended 31 December 2021.

MTN has a goal of generating about 20% of its group revenue over the medium term from fintech services. It presently generates less than 10% of group revenue from its nascent fintech business.

MTN wants to use MoMo to offer a full range of fintech services beyond mobile money transfers, to include taking deposits, offering insurance cover and term loans.

MTN wants to use its telecommunications infrastructure to ultimately become a de facto bank. DM/BM