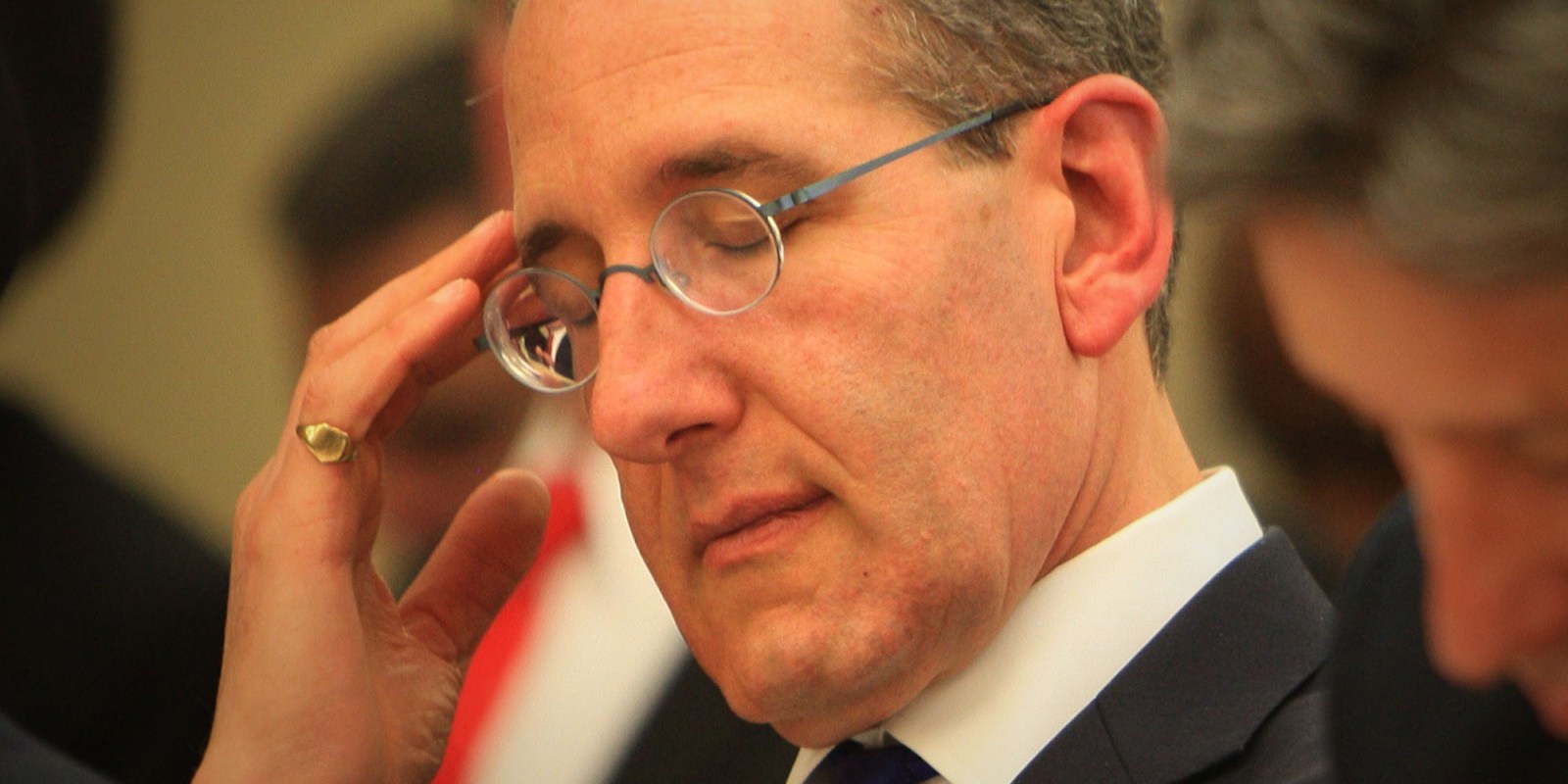 On Tuesday, the Judicial Service Commission began interviewing candidates for two vacancies at the Constitutional Court.

Interviews on Tuesday for two vacancies at the Constitutional Court were smooth sailing for four of the five candidates. The exception was Judge David Unterhalter, who was grilled about not recusing himself in a matter.

When asked whether a judge who sits in an application for leave to appeal and dismisses it should recuse him or herself when that case comes before the Constitutional Court, Unterhalter agreed.

Commissioner Mvuzo Notyesi then asked why Unterhalter had not done that when it came to a case he dismissed at the Supreme Court of Appeal (SCA), which was later taken to the Constitutional Court.

Unterhalter said that he wasn’t sure of the facts, but that once he was able to ascertain them, he “would happily respond”.

Chief Justice Raymond Zondo, the chairperson of the Judicial Service Commission (JSC), pointed out to the commission that Unterhalter had not been told that this matter would be raised in the interview.

But commissioner Julius Malema, who attended the interviews virtually, hit back and said that he had told the commission about it on Monday.

As to why Unterhalter wasn’t informed about this, Zondo noted: “Because [the complaint] came late, we said it wouldn’t be put to the candidate. The general rule is that if it comes late, it shouldn’t be accepted unless it falls into the exception category. Generally speaking, I don’t think a judge would intentionally sit in a matter that they know they shouldn’t sit on.”

Notyesi assured Unterhalter that it was not his intention to catch him out. “I just want clarity,” said the commissioner.

Initially, the commissioners agreed to allow Unterhalter to give a response on Wednesday. However, commissioner Ronald Lamola pointed out that would delay their deliberations, which were meant to take place after the interviews.

The commission then decided to adjourn for 30 minutes to allow Unterhalter to access a laptop to allow him to answer the question posed by Notyesi.

After the adjournment, Unterhalter said the document provided to him indicated a petition served before the SCA and that he, with Ratanang Mocumie, sat on that petition.

Unterhalter said an application was then brought before the Constitutional Court by the disappointed applicant.

“My concurrence is correctly reflected in the order that I have been given and which I recall joining in respect of the dismissal of the application for leave to appeal,” Unterhalter said.

“I can only say that it was an error. I did not recall I had sat on the petition. Commissioners will know that many of these petitions come and one sits in them in their many numbers,” said Unterhalter.

He told the commission that his presence had made no difference to the outcome in the Constitutional Court because there was a quorum of judges. “I acknowledge that I didn’t recognise that I sat previously and should’ve recused myself,” said Unterhalter.

“You said your participation didn’t impact [the] outcome but that doesn’t matter, because [not recusing yourself] doesn’t help to improve the appearance of the court,” said Malema.

Zondo suggested that in future when it comes to applications for leave to appeal, there should be a list of judges who were involved in the case from other courts.

Unterhalter was a member of the appellate body of the World Trade Organisation and served as its chairperson. He was director of the Centre for Applied Legal Studies while a professor of law at the University of the Witwatersrand from 1997 until 2000.

The other candidates who were interviewed included Mahube Betty Molemela. According to Judges Matter, Molemela was the second woman to be appointed Judge President of a provincial division after the North West’s Monica Leeuw.

When it was time for virtual attendees to ask questions, all Malema said was: “It’s not a question, but I want to encourage you to continue appearing before us until things happen. You’ve been trying and trying. Do not be discouraged.”

At the end of her interview, Molemela said it was “lamentable” that so long after the advent of democracy, which “expressly says the composition of our courts needs to reflect the demographic of the country, that there are so few women in the apex court”.

Molemela, the chancellor of the Central University of Technology in the Free State, is also a  member of the International Association of Women Judges.

Another woman candidate was Fayeeza Kathree-Setiloane. Judge President Frans Legodi asked Kathree-Setiloane whether she fit the criteria the JSC was looking for in candidates, which included the capacity to give expression to the values of the Constitution and considering what message would be given to society at large if a particular person was appointed.

Kathree-Setiloane replied: “I am committed to the transformation agenda and I am committed to social justice. I’m a woman judge and that’s important because we need more. I will add to the representativity and diversity of the Constitutional Court. It’s important not to pay lip service. We need to appoint competent women, not because they’re women, but because they’re skilled and competent.”

Another interviewee was Alan Dodson. Malema asked Dodson whether he thought appointing him would in any way advance the transformation agenda.

“Yes, I accept and adopt the transformational ethos of the Constitution and if you have a judge who does that it’s going to be reflected in judgments handed down,” said Dodson.

But Malema pressed Dodson and asked how the transformation agenda would be achieved when it came to gender and race.

“I come from a background of fighting racial discrimination and gender discrimination; the work that I do, if I were to be appointed, would reflect that. In terms of a numerical answer, there’s nothing I can do about being white and male, but I am African,” said Dodson.

Commissioner Narend Singh said that there were concerns about Dodson’s limited experience in the judiciary. “You mentioned sitting on a disciplinary board. How do you align that experience with sitting at a court hearing in SA?” asked Singh.

Dodson, who is the chairperson of the Disciplinary Committee of the Independent Regulatory Board for Auditors (Irba), said heading the committee was akin to running a trial.

“Decisions we made were effectively judgments, despite being called decisions,” said Dodson.

Dodson served as chairperson of the United Nations Housing and Property Claims Commission from 2000-to 2007, which he said gave him exposure to a different legal system. “I think comparative law enhances one’s experience.”

When asked to speak more about a paper he wrote on the high costs of lawyers, Rogers said he was “particularly concerned about the fees of advocates. I didn’t understand how many people could afford the high fees. To be paid R20,000 a day seemed a great deal of money.”

This cost was a huge impediment to poor people’s access to justice, said Rogers.

“Even if advocates’ fees were more moderate, indigent people can’t afford that.”

When commissioner Sylvia Lucas asked Rogers whether there was room for “judicial activism”, Rogers said it depended on what one meant by that.

“If by activism one means an agenda and advancing it — you have a view of an end result you’d like to achieve and use cases to achieve that — I would not approve of that. Judicial officers took an oath of office that they would apply the Constitution without fear or favour.” DM

* Update on Wednesday, 6 April 2022: The JSC released a statement saying that, following deliberations, it will present a list of the following four Constitutional Court nominees to the President: