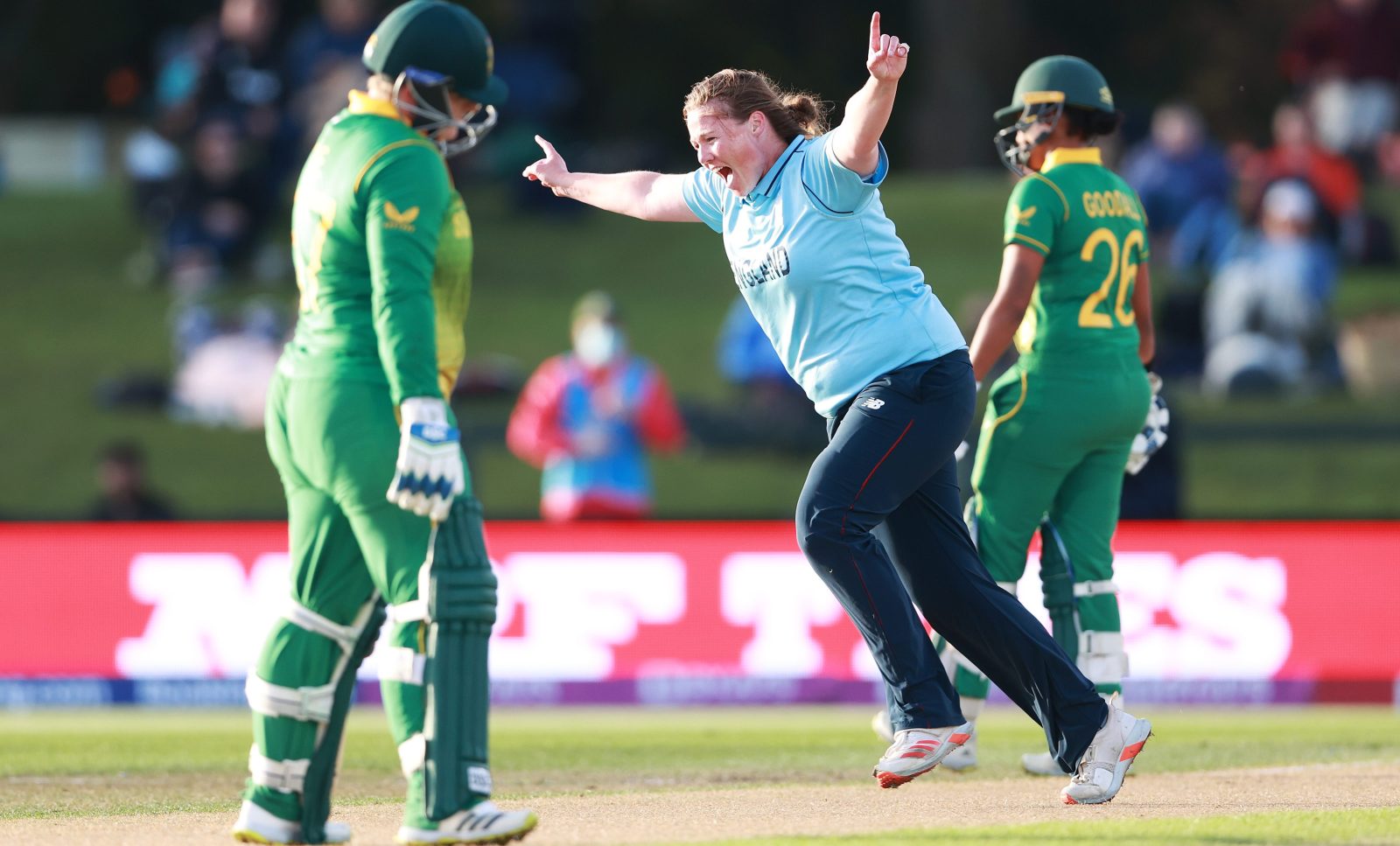 South Africa crashed out of the One-Day International Cricket World Cup in New Zealand at the semifinal stage. Whereto from here for Hilton Moreeng’s team?

In the end they went with a whimper. South Africa’s women’s cricket team, who enthralled and inspired the country for nearly a month with ruthless and effective cricket, lost their nerve at the worst possible moment.

In the semifinal, England thrashed South Africa by 137 runs after bowling the Proteas out for 156, with spinner Sophie Ecclestone taking six for 36.

England, who faced an inglorious early exit from the tournament after losing their first three matches, pushed back from the brink to reach the World Cup final. Despite valiant attempts, the reigning world champions were beaten by 71 runs by Australia on Sunday, 3 April.

The Proteas were sent packing from the tournament in a humble fashion. They won five of their seven group games, with one defeat, against Australia, and one no-result against the West Indies, owing to bad weather.

Four of South Africa’s five group-stage wins — against Pakistan, England, New Zealand and India — were achieved in the final over. They showed big-match temperament throughout the campaign. Well, almost all the way through the campaign.

In the semifinal against England, who won four consecutive matches to reach the last four after their poor start, South Africa wilted like a scorched Protea under the white-hot heat of the playoffs.

Winning the toss and choosing to bowl, which was a strange decision when scoreboard pressure could have placed an extra burden on England, the Proteas fumbled their way through the 50 overs. England posted 293 for eight, with Danni Wyatt thrashing 129 off 125 balls. South Africa dropped six catches and conceded 20 extras and, aside from the ever-impressive Shabnim Ismail (3-46), the bowlers all took a pounding in the semi.

In their only other defeat, against Australia, the Proteas also grassed six catches. Fielding was an issue throughout the campaign and it never improved. The confidence it sapped from the bowlers came to a head in the semifinal.

The players and coach Hilton Moreeng acknowledged the fielding issues throughout the tournament, but in reality they never improved that aspect. The old saying “catches win matches” was never more apt than in this campaign.

In an interview with DM168 in August 2021, Moreeng said that the goal was to make the 2022 World Cup final. To do that, he acknowledged, the Proteas needed to rectify the weakest part of their game, which was a lack of consistency. Unfortunately, it proved to be a prescient statement because consistency failed them again.

“The challenge we had as a team was that between our best day and our worst game there was no in-between, where you could play bad cricket but still win the game,” Moreeng said last year. “Our plan was always to get into the final of the next World Cup [in 2022] and hopefully win it.”

On that score they have fallen short, and tough questions have to be asked in the coming weeks about the entire structure. Moreeng has built a strong programme, but this World Cup showed that they are still lacking a way to win the crucial matches.

In reality, despite winning five matches, they were all won in tense circumstances and could easily have gone the other way. South Africa managed to win them, but nothing was easy at this World Cup.

It was a disappointing end for what has been hailed a “golden generation” of Proteas players. Ismail (33), wicketkeeper Trisha Chetty (33), all-rounder Marizanne Kapp (32) and batter Mignon du Preez (32) are unlikely to make it to another World Cup.

Moreeng, who has been at the helm for nearly a decade, built a fine unit with some of the best players in the world. Does he have the energy and resources for a massive rebuild?

Fortunately, a rebuild will start from a much better base than a decade ago, with current stars such as captain Suné Luus (26), world No 1 ranked batter Laura Wolvaardt (22) and fast bowler Ayabonga Khaka (29) there to provide a strong spine.

“[There are] a couple of players [for whom] it might be their last World Cup and I think for us as younger players it breaks our hearts that we couldn’t give the final to them and help them get that trophy that they’ve been working towards for 15 years,” Luus told the media after the match.

“I think that breaks our hearts more that we couldn’t support them if it’s their last World Cup.” DM168

THE PROTEAS’ GOLDEN PLAYERS WHO STOOD OUT

Wolvaardt started the World Cup ranked as the No 3 one-day international batter in the world. She ended it ranked No 1 in the world. The Western Province batter scored 433 runs in the tournament, the third most runs at the tournament and the batter with the most 50s.

In the match against England, Wolvaardt needed a mere 24 runs to pass the record for most runs scored at a single edition of the tournament – 456 by New Zealand’s Debbie Hockley in 1997. Unfortunately, the opening batter was dismissed for a second-ball duck in the semifinal, her final innings of the tournament. (Australian Alyssa Healy set the new record in the final against England on Sunday, 4 April, scoring 170 and ending with a tournament total of 509 runs.)

Wolvaardt’s sound technique and elegant drives through the off side, in particular, assisted her on her way to scoring five half-centuries in the tournament with a top score of 90 runs off 134 balls in the Proteas women’s solitary group stage defeat to a dominant Australian team.

Kapp started the women’s World Cup strongly, putting in Player of the Tournament-worthy performances. The impassioned bowling all-rounder took 10 wickets in the opening four games of the tournament. This included a five-wicket haul and her career-best bowling figures of five for 45 against England.

Kapp’s early form was rewarded when she received the Player of the Match award in consecutive matches against England and New Zealand.

Unfortunately, her bowling performances tailed off slightly, as she only took two wickets in her remaining three matches. Her economy rate also increased from 4.3 runs per over in the first four matches to 5.4 in the last three.

The veteran all-rounder was sublime with the bat throughout the tournament, playing a vital knock of 34 not out off 35 deliveries to see the Proteas home against hosts New Zealand. The No 6 batter ended the tournament with 203 runs at an average of 40.6.

The No 3 ranked bowler in the world ended her tournament on Thursday, 31 March, with the second-most wickets, finishing with 14 scalps, six behind No 1 Sophie Ecclestone.

It was an excellent tournament for the fiery bowler, who remained consistent and disciplined throughout, leading a strong fast bowling unit from the front. Ismail was threatening with the new ball, taking wickets regularly with her extra pace and movement through the air. She bowled well at the death and middle overs too, with her ferocious bouncers climbing steeply despite her diminutive stature.

Ismail didn’t go for more than six runs an over in any of the matches, finishing with an impressive economy rate of four runs per over.

Ismail only went wicketless on one occasion, in the group stage match against England, when she only bowled half of her allotted overs owing to a hamstring niggle. – Keanan Hemmonsbey