Koeberg gets a safety thumbs up from International Atom... 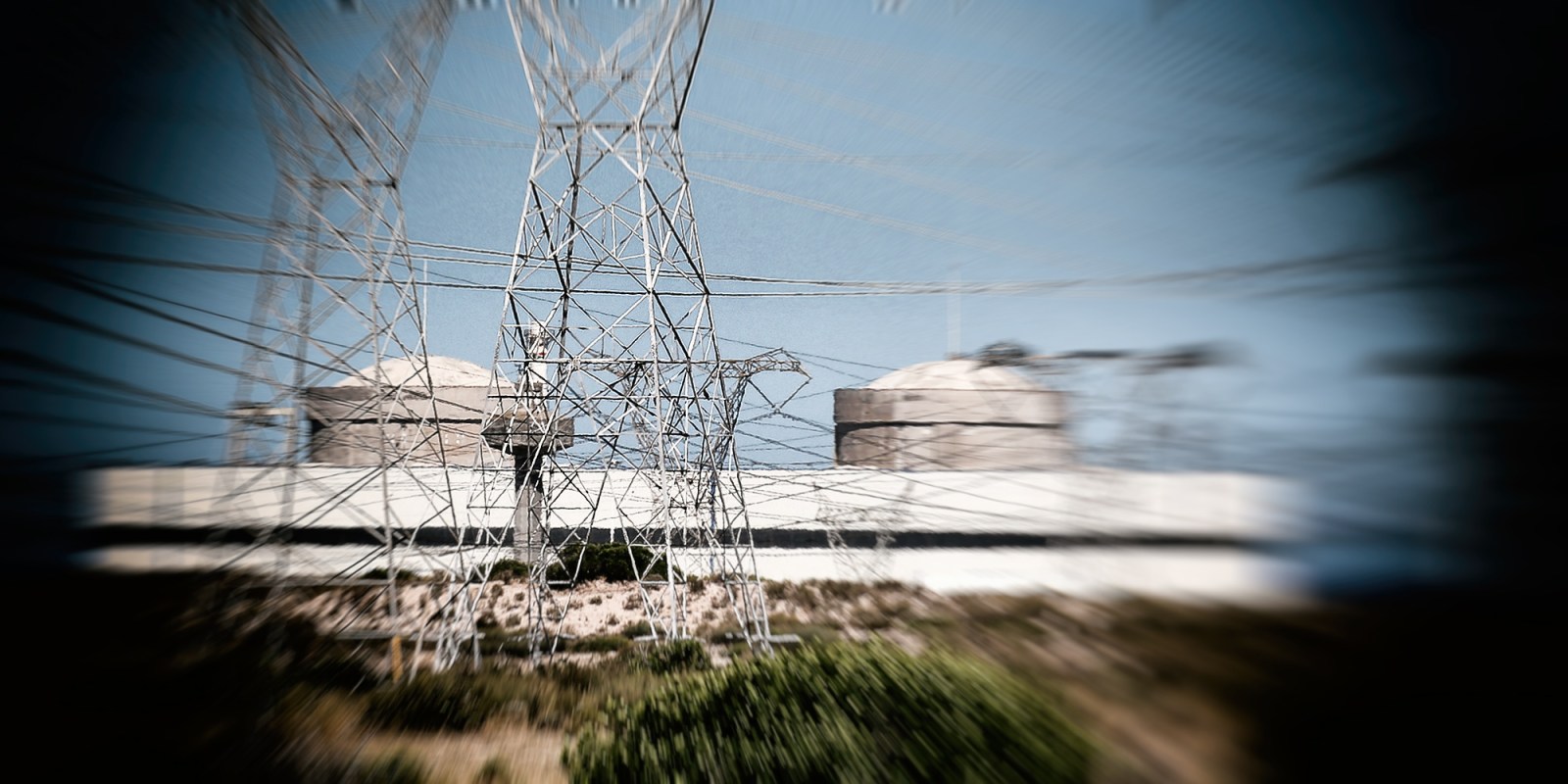 The International Atomic Energy Agency has put a positive spin on its assessment of Koeberg’s operations. But questions and rumours about the performance of the nuclear power station continue to swirl.

The past two weeks have seen Koeberg play host to the International Atomic Energy Agency (IAEA), whose experts have been conducting a review of long-term operational safety at the nuclear power plant.

Flags from Argentina, Belgium, Czech Republic, France, Hungary, Pakistan, Spain and Sweden have been flying at the facility.

But beyond the public relations aspect, the visit was deadly serious. The Safety Aspects of Long Term Operation (Salto) review mission was conducted at the request of the Department of Mineral Resources and Energy. This, as Eskom plans to extend the operation of the units by 20 years until 2045 for a total operational lifetime of 60 years each. Koeberg’s Unit 1 went into commercial operation in 1984 and Unit 2 in 1985.

The long-term operation (LTO) of nuclear power plants is defined as operation beyond an established time frame determined by the licence term, the original plant design, relevant standards or national regulations.

Thus, as stated by the IAEA, to maintain a plant’s fitness for service, consideration should be given to life-limiting processes and features of systems, structures and components, as well as to reasonably practicable safety upgrades to enhance the safety of the plant to a level approaching that of modern plants.

The assessment comes at a time when management at Koeberg is under extreme pressure. Skilled staff are exiting at triple the usual rate, the project to extend the life of the power plant is over time and budget before it has even begun, and the plant has been dogged by a series of operational hiccups that speak to a poor culture of safety.

The IAEA submitted a draft report to the plant management at the end of the mission. Plant management and the South African National Nuclear Regulator (NNR) will have an opportunity to make factual comments on the draft and a final report will be submitted to management, the NNR and the government within three months.

Eskom typically does not release these reports.

“We observed that staff at the plant is professional, open and receptive to suggestions for improvement,” the IAEA’s senior nuclear safety officer, Gabor Petofi, said in a press release.

“Despite challenges, the plant has eliminated several deviations from IAEA safety standards in ageing management activities and preparation for safe LTO identified during the pre-Salto mission in 2019.

“The Salto team encourages Eskom and the plant management to address further findings made by this latest mission and to implement all remaining activities for safe LTO.”

Daily Maverick sent Eskom detailed questions on what these findings were. The story will be updated when a response is received.

The release notes that the IAEA has made some recommendations and suggestions to Koeberg management to further enhance the preparations for safe LTO. These include:

“The LTO of Koeberg up to 2045 is a vital part of Eskom’s energy planning strategy. The results of this mission will help us finalise our activities for safe LTO in alignment with IAEA safety standards.”

As with most statements that deal with sensitive information, but which are created for public consumption, this statement was long on puff and short on detail.

For instance, almost 10 years ago, in 2013, the IAEA raised concerns about the lack of objectivity of the National Nuclear Regulator (NNR), given that the Minister of Minerals and Energy appoints the CEO and the board. This situation has not changed, yet there was no comment on this.

“It is unfortunate that Eskom chooses to operate Koeberg behind a veil of secrecy,” says Peter Becker, who runs the Koeberg Alert Alliance and was the community representative on the board of the NNR but was fired for his anti-nuclear views.

“If the IAEA report contains reassuring news about the readiness of Eskom to safely extend the life of Koeberg, one would expect them to be more than willing to make it public.”

Instead, he says, it seems Eskom intends to keep the IAEA report secret, as it is doing with several other safety-related investigations.

“The report on the airborne contamination event within the plant late last year is nearly ready, but Eskom has said that it will not be released. There is also an internal investigation underway into the steam generator replacement debacle which saw the French refusing to start the work, despite Eskom declaring it was ready to go ahead.

“Most recently, there was a work stop order when a contractor got confused between the running reactor and the offline unit. Eskom has made it clear it has no intention of releasing any of those reports, leaving the public to guess what problems exist.”

Becker notes that within a few months the public consultation process will be taking place about whether or not to allow Eskom to extend the life of Koeberg.

“If Eskom insists on hiding the true state of the plant by keeping these reports secret, it will in effect be keeping relevant information away from the public, and so undermine the fairness of the consultation process,” he says.

However, Koeberg’s management has committed to implementing the recommendations, according to Bakardien, and has requested that the IAEA schedule a Salto follow-up mission to Koeberg in 2024. BM/DM