Food paste to the rescue: Plain rice the only meal a day for malnourished kids in Eastern Cape 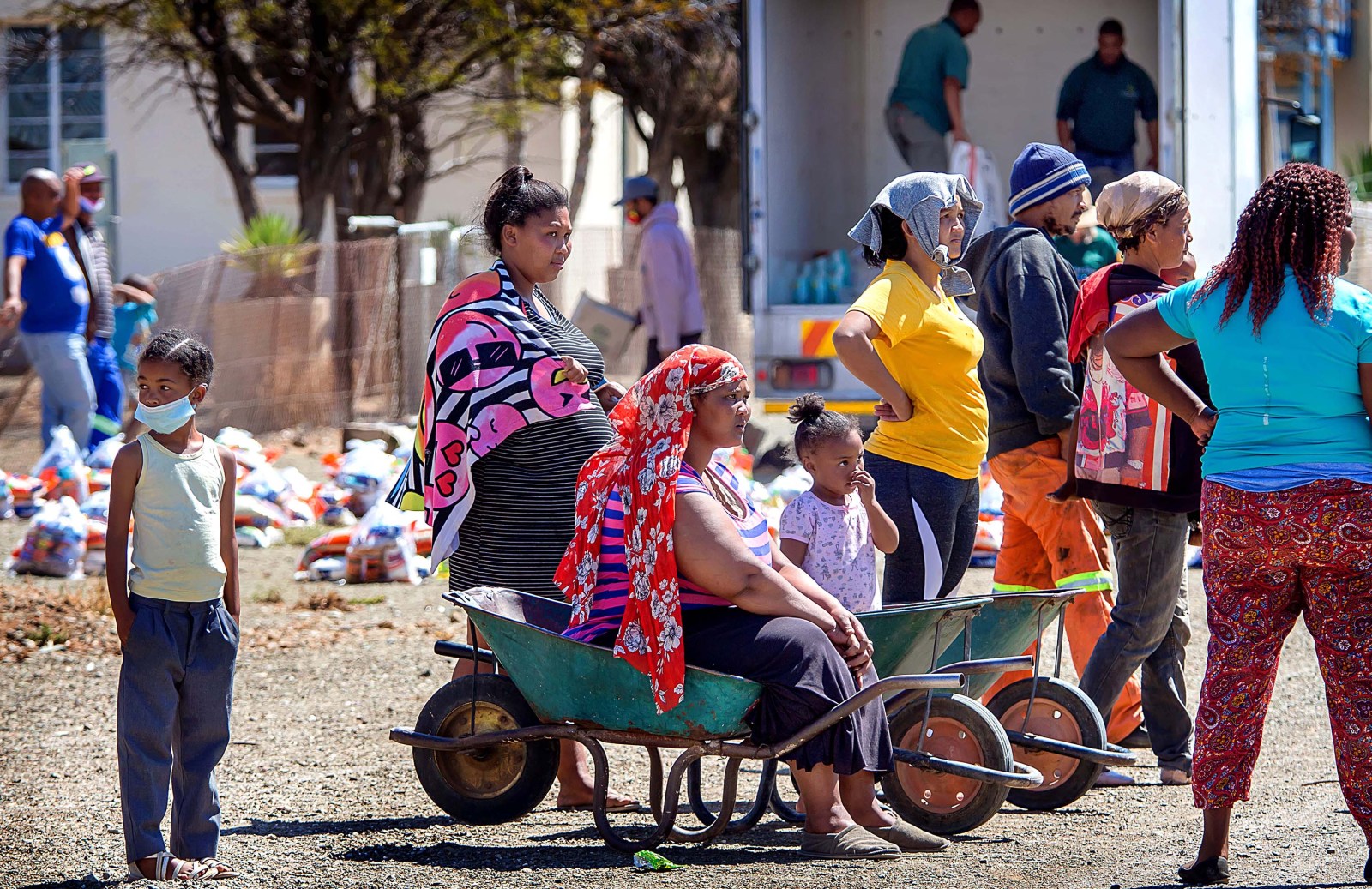 Families line up for food parcels in Rietbron, a town in the Sarah Baartman District in the Eastern Cape. (Photo: Donna van der Watt)

A quarter of South Africans were affected by serious food insecurity in 2020. But this groundnut-based supplement could be life-changing.

The number of people who struggled to get enough food in the country more than doubled between 2019 and 2020, with 14% of the population now estimated to suffer from severe food insecurity, Statistics South Africa announced on 31 March.

At the time, then health minister Zweli Mkhize warned that the hard lockdown might have influenced these numbers as the shift to focus on Covid-19 did not allow for active case finding of children at risk of severe acute malnutrition. He also warned that caregivers of children may have lacked access to transport to the facilities and that the department’s data collectors were not on duty.

The Eastern Cape had the lowest proportion of households with an employed household member (52.7%). According to Stats SA, almost half of female-headed households did not have an employed person living in the household in 2020 and, since the lockdown, income from salaries as a source of income had declined.

The study also found that in the past four years fewer than 20% of South African households produced their own food.

In 2020, provinces with the highest proportion of households that did not have an employed person living in them were Limpopo (47.8%) and the Eastern Cape (47.3%).

In the past 15 months, 14 children below the age of five starved to death in Nelson Mandela Bay and 216 new cases of severe acute malnutrition were confirmed in the Eastern Cape’s biggest metro, where more than 16,000 families were left without food aid because of a bureaucratic bungle by the provincial department of social development – the department has blamed a “slow contractor”.

In the Sarah Baartman District in the Eastern Cape, which includes large parts of the Karoo and some of the province’s poorest communities, such as Klipplaat and Rietbron, 150 children have been diagnosed with severe acute malnutrition since 2021. Thirteen have died and 122 have had to receive inpatient treatment.

At the time the region was hit by a severe drought as well as the aftershocks of lockdown. But it is here that the teams from Gift of the Givers have seen how distributing a high-energy food paste, which tastes like peanut butter and is much loved by children, has changed lives.

Corene Conradie from the organisation said last week they were waiting for a million life-saving boxes of the organisation’s tried-and-tested Sibusiso Ready Food Supplement to arrive by ship and will be distributing these as fast as they can.

She was meeting dieticians province-wide this week to put a plan in place.

“I am excited to start that. We often give this high-energy paste to children who were left orphaned and taken into care. After about six months the child really thrives. We had brilliant feedback from a number of organisations,” she said.

But this groundnut-based paste is extremely expensive. “It costs millions of rands. But it makes such a big difference,” she said.

“Once the shipment [from Malawi] arrives we will monitor the children and see if it is a solution to reverse malnourishment,” she said. “Then we will know that we have a solution.”

Conradie said a recent visit to a school in Centane to deliver stationery for the school feeding scheme left her in tears.

“The only food the kids had for their one meal that day was plain rice, but the minute that rice was put on their plate they were grabbing at it with both hands. It was like they were scared that someone was going to take it away from them.”

In an article published in the Journal of Clinical Nutrition in November 2021, a group of doctors working at the coalface of this problem in the Eastern Cape, treating children with severe acute malnutrition at Dora Nginza Hospital, stated: “Although poverty does not always cause hunger, many research articles have shown that the primary cause of food insecurity is low income. Poverty is often accompanied by social factors which further affect emotional wellbeing, including feelings of a lack of control in life, injustice, self-worth, and stress regarding food access. The inability to afford nutrient-rich food also predisposes individuals to undernutrition, as well as being overweight and obesity.

“A lack of education was also reported to further enhance the vicious cycle of poverty and malnutrition… Inadequate education is considered to be one of the causes of malnutrition as also indicated on the United Nations International Emergency Fund conceptual framework.

“The main social determinants of malnutrition include low family income, unmarried status, and type of childcare… Poor maternal care practices showed to have a relationship with malnutrition,” the article reads. DM168