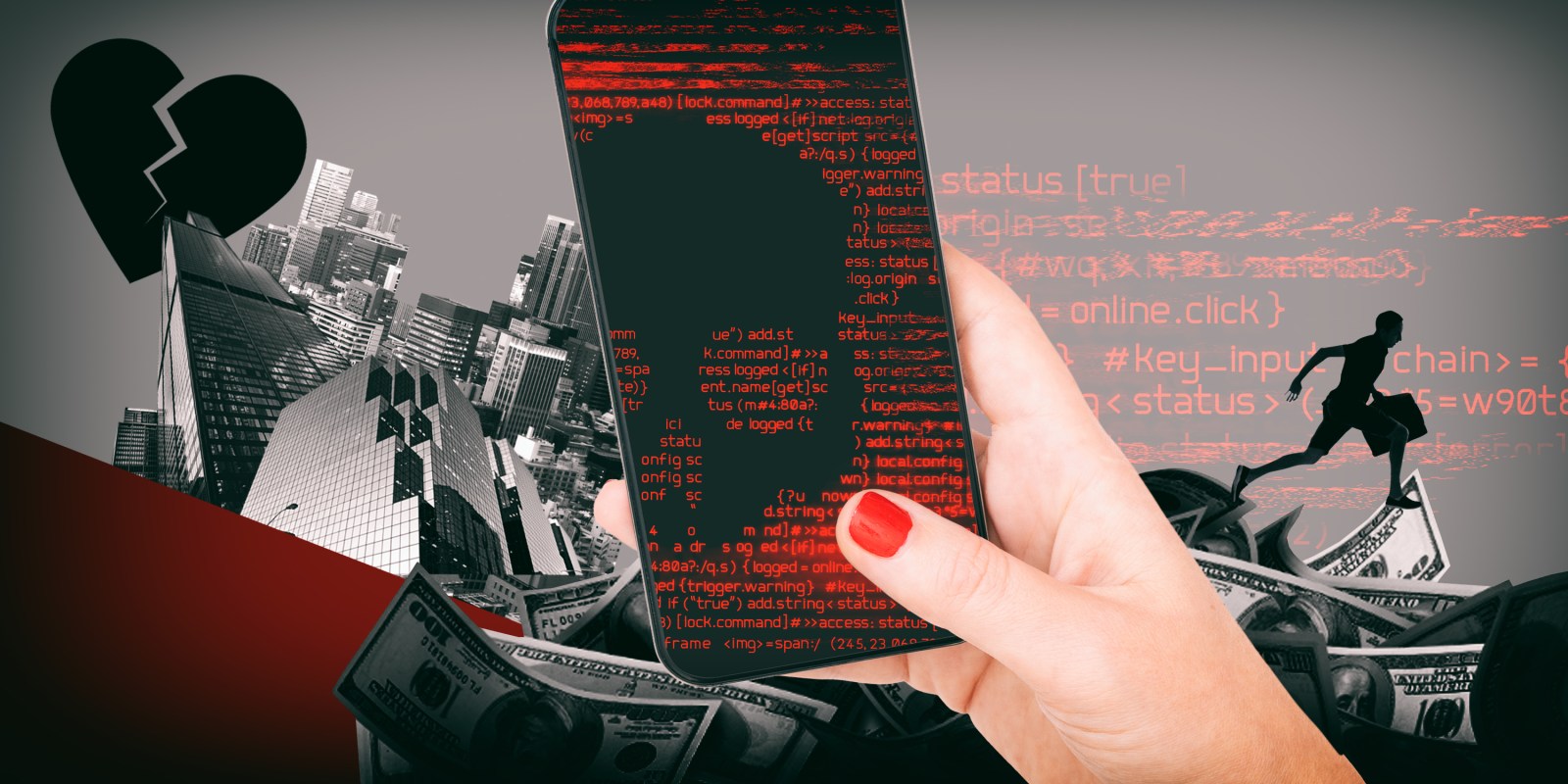 The arrest of eight foreign nationals in October 2021 in connection with an international romance scam has reopened old wounds. Destitute victims are too embarrassed to talk openly about their ordeals.

A Cape Town teacher tricked by her cyber-sweetheart has lost her pension and her home worth about R3.3-million. The teacher is now selling samoosas to make a living.

Too ashamed and embarrassed to openly talk about her experience, the  49-year-old teacher did not want to be identified and allowed a family member to speak on her behalf.

The retired teacher, now penniless, was swindled out of about R3.3-million in 2018 by a man who claimed to be a rich tycoon from Mauritius.

The arrest of eight foreign nationals in October 2021 in connection with an international romance scam has reopened old wounds.

“My cousin was a teacher… When she got her pension in 2018 she met this wonderful guy who said he was from Mauritius… At the age of 49 years it was her first boyfriend. Everyone warned her to be careful,” said the family member.

“It was a whirlwind romance and this guy came all the way from who knows where to our family in Cape Town to propose to her. Everything was planned but this ‘rich tycoon’ just vanished and so [did] my niece’s money. Up until today, my niece can’t explain how her pension of 32 years ended up in his account and how she transferred a paid-up house to a man who promised to marry her.”

Today, the man said, his niece was selling samoosas to make a living and relied on the support of family members.

Daily Maverick also spoke to a 60-year-old widow in Atlantis who has lost her pension, the pension left to her by her late husband and a paid-off home, to someone linked to a romance scam.

All she was prepared to say was: “This guy was from America and every time he landed in Cape Town, he had issues with getting his money released from the bank and I would help him out. He sent me pictures of his holiday home along the beach. Today I’m living in a wendy house in the yard of a friend.”

The story of the two Cape Town women is similar to those of the women who fell prey to an international romance scam involving suspects using aliases on social media and sweet-talking victims into transferring money to them.

In October last year, the Hawks arrested the eight suspected online scammers in Cape Town during a joint operation with the US’s Federal Bureau of Investigation.

The group is alleged to have defrauded women out of almost $7-million by pretending to be rich men based in the US. The men face charges of conspiracy to commit wire fraud, money laundering and aggravated identity theft in the US.

They are accused of swindling widows and lonely women on online dating or social websites and making false statements about their ability and intention to provide and arrange for loans, inheritances and other forms of financing.

According to the indictment issued by a grand jury in and for the District of New Jersey, Perry Osagiede is referred to as “Lord Sutan Abubakar de 1st”. He is alleged to be a member of the Neo-Black Movement in Africa, also known as the Black Axe, an organisation with its origins and headquarters in Benin City, Nigeria.

The indictment states that Black Axe is alleged to have operated in various countries, including South Africa. Governed by a National Council of Elders, members of the Black Axe are referred to as Axemen or Ayes.

The Cape Town Zone of Black Axe is believed to have been formed in South Africa in 2013 and in 2018 the Zone was registered as an organisation with South Africa’s Companies and Intellectual Property Commission.

From the papers, it appears the goal of Osagiede and his co-conspirators was to enrich themselves and others by tricking individuals they targeted via the internet through false and fraudulent pretences, representations, promises and omissions.

The extradition process of the eight accused to stand trial in the US is under way. But the group brought an interlocutory application to have the extradition bundles declared inadmissible and for the court to find that the extradition papers were not properly authenticated.

However, following arguments in the Cape Town Magistrates’ Court by the two prosecutors, advocate Robin Lewis and senior advocate Lenro Badenhorst, the court ruled that the bundles were properly authenticated and admissible.

The matter was set down for Thursday, 31 March for a further extradition hearing. However, arguments in the matter could not proceed as two of the eight accused had fired their legal representatives.

The matter was postponed for the new legal representatives to come on record for the matter. The accused are back in court on 25 April. DM