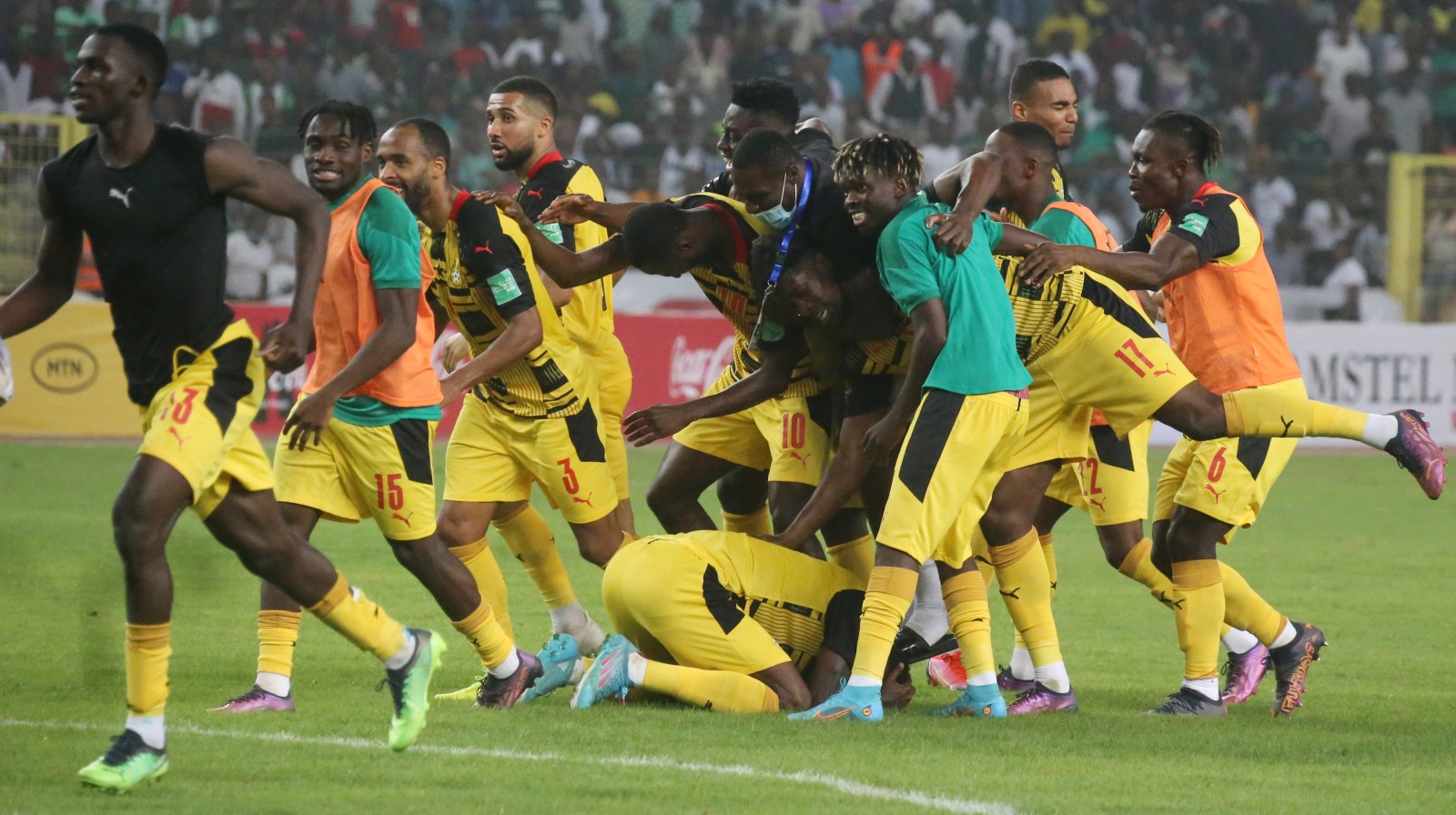 Reigning African champions Senegal, as well as Ghana, Morocco, Cameroon and Tunisia, will represent the continent at the 2022 Fifa World Cup in Qatar later this year.

The five representatives for Africa have sealed their spots at the Fifa World Cup, which gets under way in November 2022. Reigning African champions Senegal, as well as Ghana, Morocco, Cameroon and Tunisia, will represent Africa at the 2022 Fifa World Cup in Qatar.

The Senegalese, in a repeat of the Africa Cup of Nations final where they edged out the Egyptians on penalties, booked their place after beating the Pharaohs 3-1 on penalties.

The Egyptians drew first blood in the two-legged qualification playoff, winning 1-0 in Cairo. The Lions of Teranga matched the record African champions in the second clash, securing their own 1-0 win on home soil.

The stalemate brought about a second penalty round between the two sides in as many months. Although the Egyptians, including talisman Mohamed Salah, folded under the spotlight of lasers from spectators, Sadio Mané and his compatriots held their nerve to seal their trip to Qatar. Senegal will be making just their third appearance at the global spectacle.

Following the match, the Egyptian Football Association released a statement bemoaning the conduct of the Senegalese faithful from the stands. The association said other than being blasted with lasers throughout the match, their player had been “exposed to racism”.

Fifa, the sport’s motherbody, has vowed to look into the occurrence, issuing a statement saying: “Fifa is currently in the process of analysing the official match reports of the Fifa World Cup qualifier match between Senegal and Egypt… The relevant information included in the match reports will be evaluated by the competent disciplinary bodies before deciding on the next steps to be taken.”

Ghana qualified for their fourth World Cup after edging out Nigeria on the away goals rule following a 1-1 draw in the second leg of their playoff. The two sides had drawn 0-0 in the first leg in Kumasi a few days earlier. Heading into the return fixture, the Ghanaians only needed a scoring draw to progress.

Nigerian fans were livid with the result. They stormed the field in unsavoury post-match scenes that featured fighting and the destruction of infrastructure. The tampeding spectators were frustrated at their team’s failure to score more goals on the night – in spite of creating several opportunities.

The fixture was also marred by the death of Dr Joseph Kabungo, the Zambian doctor appointed by the Confederation of African Football (CAF) who was on duty on the night as the Fifa doping officer. Kabungo died from a suspected cardiac arrest in the dressing room after the game.

“We take note that it is too early to dwell into the nitty-gritty of the cause of his death but will wait for the full report from CAF and Fifa on what exactly transpired,” the Zambian Football Association said.

Morocco, meanwhile, brushed aside Democratic Republic of Congo to seal a 4-1 win at the Stade Mohammed V in Casablanca. The emphatic win for the Atlas Lions, inspired by an Azzedine Ounahi brace, led them to a 5-2 win on aggregate to seal their sixth World Cup appearance.

In Algeria, Cameroon’s Karl Toko Ekambi swept home perhaps the most important goal of his career, scoring in the fourth minute of added time. Cameroon beat Algeria 2-1 to qualify for their eighth World Cup. The two teams played to a 2-2 aggregate score, but the Cameroonians qualified on the basis of the away goal rule.

Elsewhere, Tunisia completed the roster of five for African teams to Qatar despite being held to a 0-0 draw by Mali at home. The 1-0 victory they secured in the reverse fixture proved to be vital, as the Eagles of Carthage flew to their sixth World Cup appearance. DM168

WHO HAS QUALIFIED FOR THE 2022 WORLD CUP IN QATAR?

The United Arab Emirates will face Australia in a playoff in June, with the winner taking on Peru for another berth in Qatar.

Wales will play Scotland or Ukraine to decide the final qualifier from Europe.

Costa Rica will face New Zealand in a playoff for a spot in Qatar.

New Zealand won the Oceania qualifying tournament to claim the region’s place in the intercontinental playoff.

Peru finished fifth and will play the UAE or Australia for a spot in Qatar. DM168