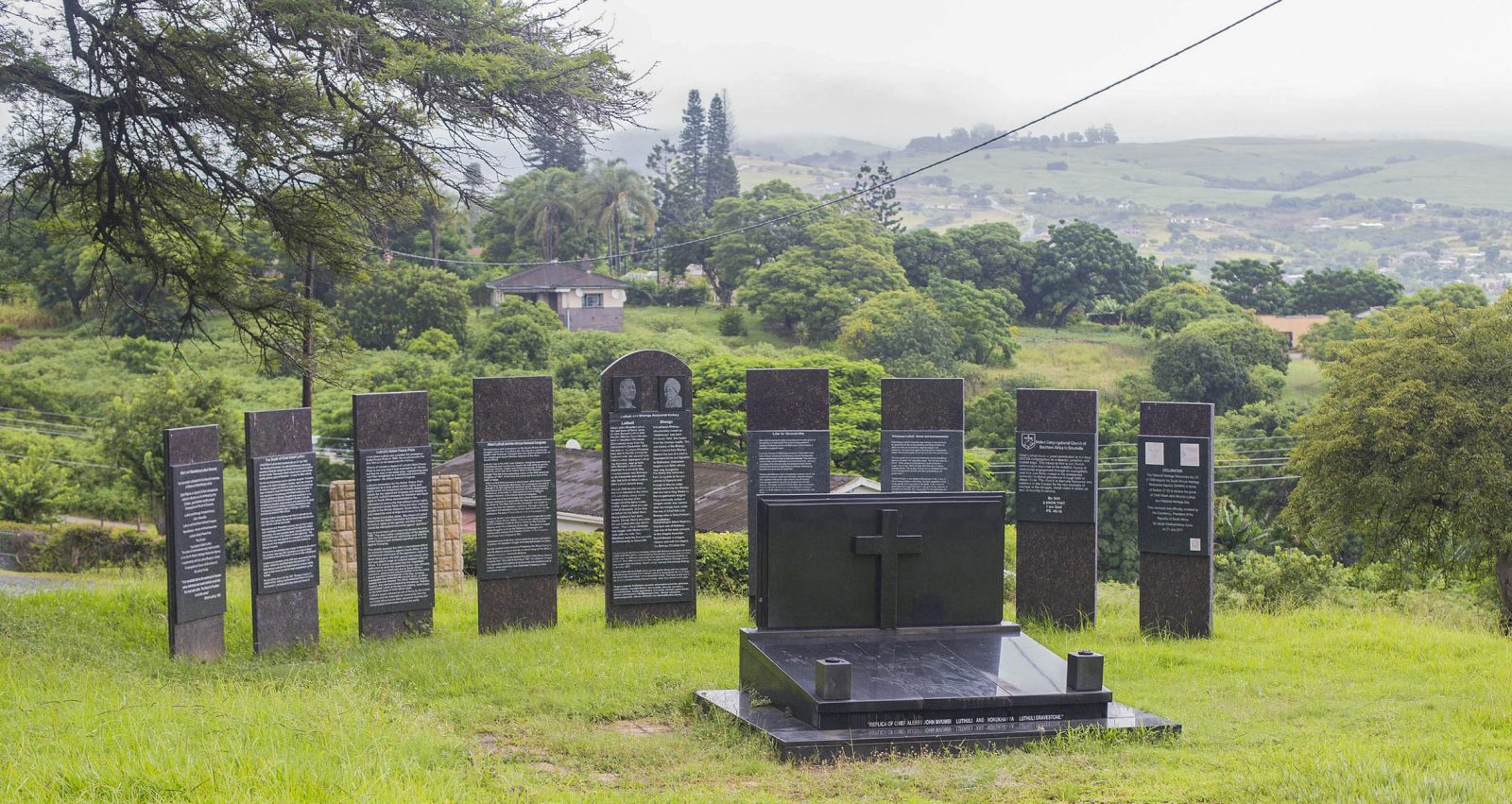 The Chief Albert Luthuli memorial outside the church where he was buried with his wife Nokukhanya. In 2017, this site was declared a national historic site. (Photo: Mlungisi Mbele)

The lauded ANC leader would be disheartened by the misgovernment in his home town, says one resident. Many no longer vote, disillusioned with false political promises.

It took a coalition government for the ANC to keep governing Groutville in KwaZulu-Natal, home to illustrious ANC leader Albert Luthuli. This rude awakening is an indictment of the governing party and a sign of its fall from grace from liberator to fractured party whose misgovernment oppresses many and which now needs the help of opposition parties to govern places that for many years were painted black, green and yellow.

Groutville sits at the heart of the KwaDukuza Local Municipality, where the governing party has dominated elections since 1994. But the ANC got only 49.56% of the vote in the November 2021 local elections, down from 62.76% in 2016 and short of the 50% needed for council control.

ActionSA was the surprise achiever, securing 8.47% of the vote in KwaDukuza just months after forming, securing five seats on the council. But it was the African Transformation Movement and the African Independence Congress that gave the governing party the majority it needed to govern.

Many young people in the area said they were “fed up” with politics, while the ANC’s traditional voters did not vote – tired of the “promises” that politicians make when there is an approaching poll – and opposition parties convinced their supporters to vote in numbers.

Mthobisi Ngcobo (29), a resident of Emishini in Groutville, passed matric more than 10 years ago. He said many young people in the area and surrounds see no point in involving themselves in politics. “We don’t have jobs, we don’t have opportunities. When we vote, the people we vote for forget about us and they enrich themselves and their close family members.

“We live under harsh conditions, even the roads are full of potholes. We hear that Chief Albert Luthuli fought for us … but the leaders we see today are different. They are self-absorbed and only do things that will develop themselves and their families. Perhaps it would be better if we had ethical leaders like those in the times of Chief Albert Luthuli,” said Ngcobo.

Vuyisile Nxumalo (36), a resident of Ediphini in Groutville, makes a living selling roasted chicken feet and heads to passers-by. She supports her family of seven, including her two children, with this money.

“We hear about the big struggle waged by people like Chief Albert Luthuli. We take someone from the community and make him a councillor, the next thing you see they have mansions and houses in suburbs. They forget about us,” said Nxumalo. “Our lives here have not changed for the better. There are no jobs – most of the youth around here don’t have jobs. I would do anything to get a decent job so that I can cater for and educate my children. The future looks bleak for many of us here.”

Thubelihle Dube, the ANC Youth League chair for the KwaDukuza region, said the league is concerned about the party’s electoral losses in recent elections. The ANC has to change its trajectory and focus on bringing about real change in people’s lives, he said.

“These things are not limited to KwaDukuza; it is a national problem. We want economic development that is conducive to the development of our people. Most black people don’t have land, capital to start a business, or skills. We need a leadership that will compel the private sector to help in radically transforming this economy.”

Some ANC leaders annoy residents by flaunting their “ill-gotten wealth” while failing to render services, he said. They act arrogantly as they believe they are untouchable.

A place of learning

Groutville, formerly known as the Umvoti Mission Reserve, was established in 1844 by Aldin Grout, a reverend from the American Missionary Society. Nobel Peace Prize laureate Luthuli, its most famous resident, died in 1967 in a mysterious train accident near his home and apartheid critics strongly believed – some still do – that apartheid security agents had a hand in his death. The National Prosecuting Authority has been considering reopening the inquest into his death since 2018, as it is widely said that the apartheid-era inquest hastily found his death to be an accident without considering all available evidence.

“We want the truth,” said Albertina Luthuli, Luthuli’s daughter who turned 90 on 14 March. “We believe that the inquest done by the apartheid authorities into my father’s death was nothing but a whitewash. There was so much evidence that was never considered. We need this inquest so that we can have closure as the family.”

Albertina, like many residents of Groutville, is critical of the current leaders of her father’s party. “The leadership of those times was different and faced different kinds of challenges,” she said. “After 1994, the challenges we face [are] to get down and do the serious business of transforming the economy. It is not an easy challenge … I believe that if my father’s generation of leadership were alive today, they would have folded their sleeves and done the serious business of transforming the economy and all the parts of life of our people.”

Former president Thabo Mbeki opened Luthuli’s home in Groutville as a national institution in August 2004. Manicured lawns and shady trees welcome visitors to the Luthuli Museum and provide a serene setting in which to reflect on the achievements of one of South Africa’s most influential political figures. Thulani Thusi, a researcher who has worked at the museum since its inception, said it has opened his eyes.

“The main function of the Luthuli Museum is to educate. It also serves as an educational place for the young generation,” he said. Some high schools and universities use the museum as a place for their students to study. “They take advantage of the museum collection as direct learning, so the students can see the objects in real life and write down additional information they can’t find in their textbooks.”

Adre Shandu (84) is one of the few Groutville residents who knew Luthuli personally. “I knew him very well. I even knew his Zulu name, Mvubi. I think he was my father’s age. We used to see him a lot sitting under the tree outside his house, reading or writing. Even at the time when he was banned and making a lot of news headlines,” she said.

Ben Ndaba (82), a semi-retired reverend in the United Congregational Church of Southern Africa in Groutville, the church in which Luthuli worshipped all his life, said he remembers when he and his twin brother Joe Ndaba were growing up under the tutelage of the man they’d known as “Chief AJ Luthuli”.

“He had a stature above all the leaders of his time,” said Ndaba. “That is why his fame spread all over the world. If he were to wake up today, he would be disheartened by what he sees. Many of today’s leaders do not deserve to be called leaders. Their dirty laundry is exposed in the media every day.

This article was first published by New Frame. https://www.newframe.com/the-downfall-of-albert-luthulis-party-in-groutville/ 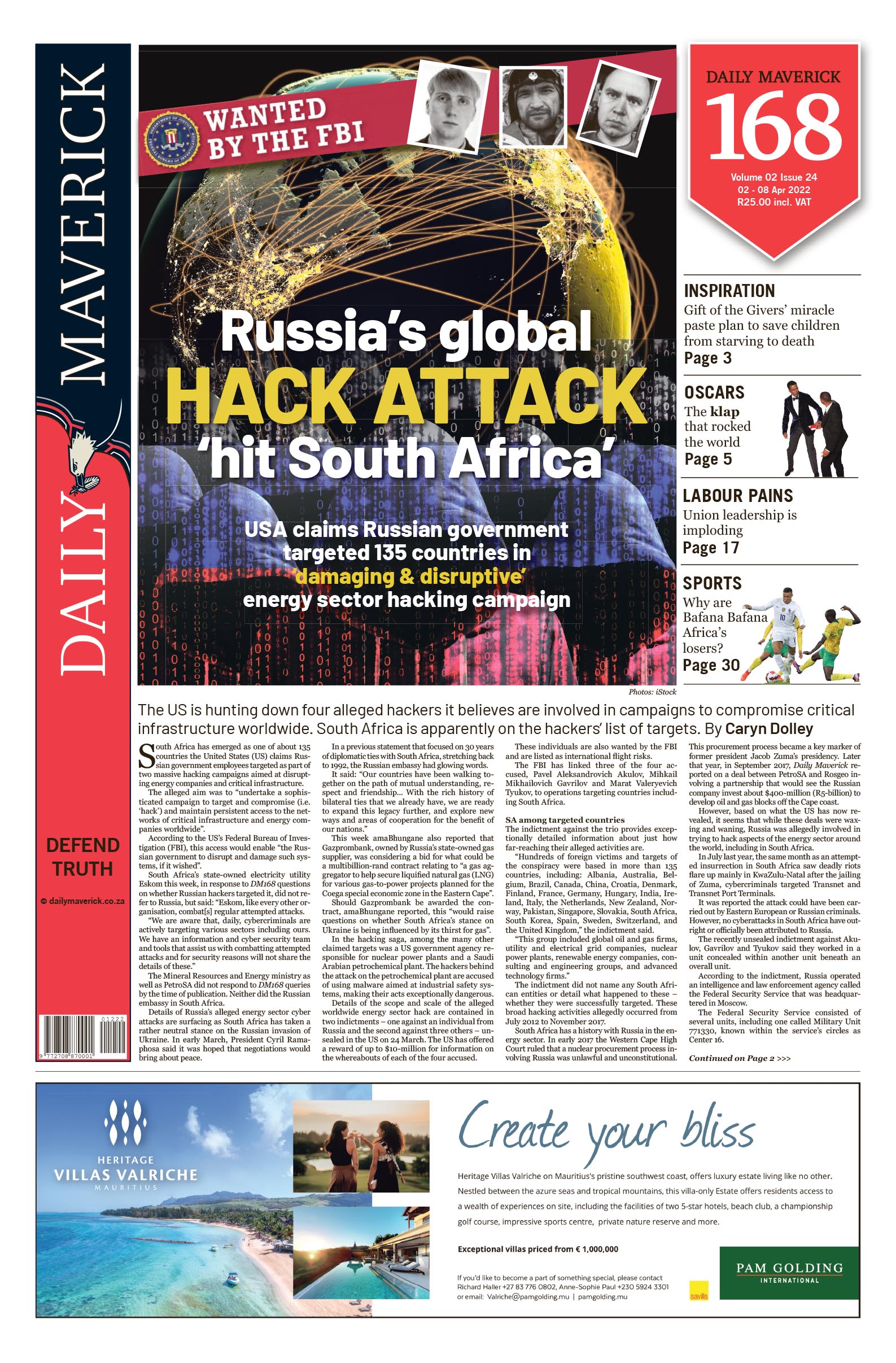