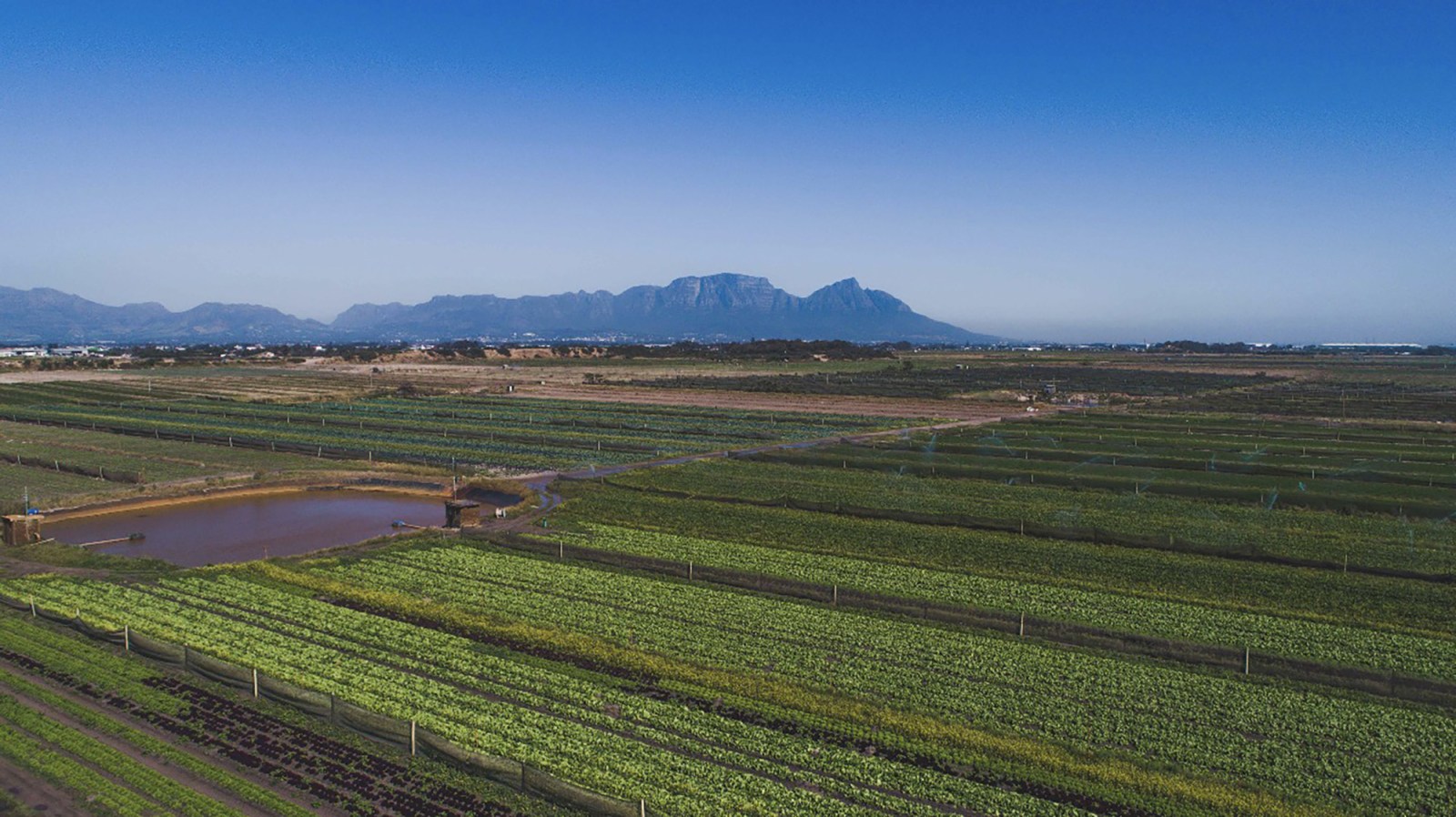 For years, small-scale farmers and water activists have fought to protect Cape Town’s Philippi Horticultural Area and the Cape Flats Aquifer that lies below it from large-scale development. It took the 2018 ‘Day Zero’ drought to radically change perceptions of its importance.

In the long struggle to protect the Cape Flats Aquifer (CFA) and its symbiotic twin, the Philippi Horticultural Area (PHA), it was the devastating “Day Zero” Cape drought and water crisis of 2018 that ultimately, like divine intervention, brought the value of the aquifer into the consciousness of Cape Town.

The history of the 12-year struggle to make the aquifer visible has many key moments that decided its future. The PHA Campaign, civil society organisations, faith-based organisations, water warriors, academics and activists played an active role in all of these moments.

In a 2004 News24 report, Professor Yongxin Xu of the Department of Earth Sciences at the University of the Western Cape said: “We have to re-evaluate the Cape Flats Aquifer. It is very important.” Xu, the Unesco Chair in Hydrogeology, said more money should be allocated to research the subterranean water of the Cape Flats so that urban development, for example, is planned in such a manner as not to pollute this water source.

That was possibly the first public call by an academic for the protection of the aquifer. But the aquifer continued to be mired in the fog of a pro-development narrative for 14 years until the 2018 Cape Town drought.

Following on from this, the PHA Campaign held aquifer seminars in 2014 and 2016 where academics and researchers debunked many claims by the pro-development lobby – for instance, that the aquifer is polluted beyond use for agriculture or for potable water, and that the PHA foodlands were irrelevant to the health and wellbeing of the aquifer. Despite these claims, the drought and the Covid-19 crises strengthened rather than weakened the role of the PHA and CFA.

On the morning of Thursday, 16 February 2017, the PHA Campaign and water activists “crashed” a Cape Town Press Club-hosted talk by Western Cape local government MEC Anton Bredell. Bredell proposed a multibillion-rand desalination plant because, according to him, there was no choice. Activists demanded a halt to this plan and called instead for the protection, management and harvesting of water from the Cape Flats Aquifer. Twenty well-disciplined activists changed the privatisation narrative of the city’s water.

In December 2017, at the height of public concern over the management of the city’s water resources expressed by an alliance of organisations that formed the Water Crisis Coalition, then Cape Town mayor Patricia de Lille wrote to then water and sanitation minister Nomvula Mokonyane, rejecting her offer to intervene in the Cape Town water crisis by means of costly desalination technology. De Lille wrote:

“In light of our renewed approach it is our request that the implementation of this request is delayed to make allowance for a thorough examination of groundwater options to be completed… considering the high cost of desalination.”

Earlier that year, an important moment for the aquifer came about when the MEC for agriculture at the time, Alan Winde – under pressure from the PHA Campaign and its civil society organisations support base – commissioned the study led by Indego Consulting.

The executive summary, “Survey of Natural Resources”, was prescient, identifying both the potential of the Cape Flats Aquifer as a water resource (for expanded horticulture activities), and the danger to the aquifer of replacing large areas of the PHA with impermeable concrete.

The study also recommended that the land designated for the 500ha Oakland development should be reincorporated into the PHA if legally possible. The full potential of the PHA as the city’s breadbasket was not only spelled out, but was adopted by the Western Cape cabinet in 2018 and the City of Cape Town council in 2019. This seismic shift in thinking was no doubt influenced by long-term PHA activism around the importance of the CFA for water and food security in Cape Town, as well as lessons learnt from the 2018 “Day Zero” drought.

In a Facebook post on 23 March 2022, Dr Zahid Badroodien, the mayoral committee member for water and sanitation, emphatically stated his confidence in the aquifer and the PHA foodlands:

“The Water and Sanitation Department is investing R2.6-billion in the Cape Flats Aquifer. The aquifer stretches from the False Bay to Milnerton, with the largest body of water being under the [Philippi] Horticultural Area. The Aquifer Project is both an injection and extraction project [and] will add 45 million litres of water to the City’s water network per day.”

The PHA Campaign welcomes the turnaround for the PHA and CFA. This is a vindication of the tenacious work of the campaign and its partners and a blessing for the people of the city.

But the work of protecting the CFA and the PHA is not over.

The PHA Campaign has been on the Managed Aquifer Recharge monitoring committee since 2019. The committee is part of the licensing agreement for the aquifer water project and is made up of the Department of Water Affairs, City of Cape Town officials, conservation bodies and civil society organisations. It’s here that the MAR is overseen and where challenges can be addressed.

What are the challenges facing the aquifer?

Lack of awareness: A lack of awareness and knowledge of the aquifer and the Managed Aquifer Recharge project in Cape Town is fuelling misconceptions and suspicion. To overcome this the PHA Campaign encourages scientists to join the monitoring committee and help bring the best science, research and care to bear on the aquifer. We need aquifer awareness programmes across the city. The PHA Campaign and its partners got the ball rolling in December 2021 when it held an Aquifer Festival with the theme “Life above. Water below”, and  Natural Justice in association with the PHA Campaign held a webinar.

Protection: The aquifer needs long-term protection and protecting the most sensitive recharge area – the Philippi Horticultural Area – is key. In order to protect it properly, ordinary citizens need to know what it actually is and how it contributes to the long-term water and food security of Cape Town in a time of climate emergency and environmental crisis. There needs to be more appreciation of the fact that the aquifer and the PHA foodlands enjoy a crucial relationship in order to deliver fresh, locally grown food, and to provide jobs and livelihoods.

It delivers tangible ecosystem services for the city: The 3,000ha PHA foodlands is the open green space that allows the aquifer to breathe and where rain and stormwater can replenish it; it’s the land on the Cape Flats that sinks stormwater and prevents surrounding suburbs from flooding; it’s the land where local biodiversity can be protected and enhanced; it’s the land where the city’s food and green waste can be returned to the soil as compost, thereby closing the nutrient cycle; it’s a space where carbon can be sequestered into the soil through regenerative farming practices; and it’s the 3,000 green hectares that cool the city.

The PHA foodlands and the aquifer help deliver on at least 13 of the UN Sustainable Development Goals and can be expanded to the full 17 goals with:

Additional challenges to the health and wellbeing of the aquifer include:

After many years of hard work by the PHA Campaign, supporting organisations and water warriors, it was the shock of a severe drought that finally precipitated the recognition of the aquifer as a city asset. Now the government, the City of Cape Town, academic institutions and civil society have a key role in protecting the aquifer and overcoming the challenges it faces. We all have a right to the sweet water of the aquifer, and that right comes with a responsibility of care. Which in turn gives effect to the rights of the aquifer over all of us. DM

Nazeer Sonday is a regenerative small-scale farmer in the Philippi Horticultural Area and chairperson of the PHA Food & Farming Campaign.