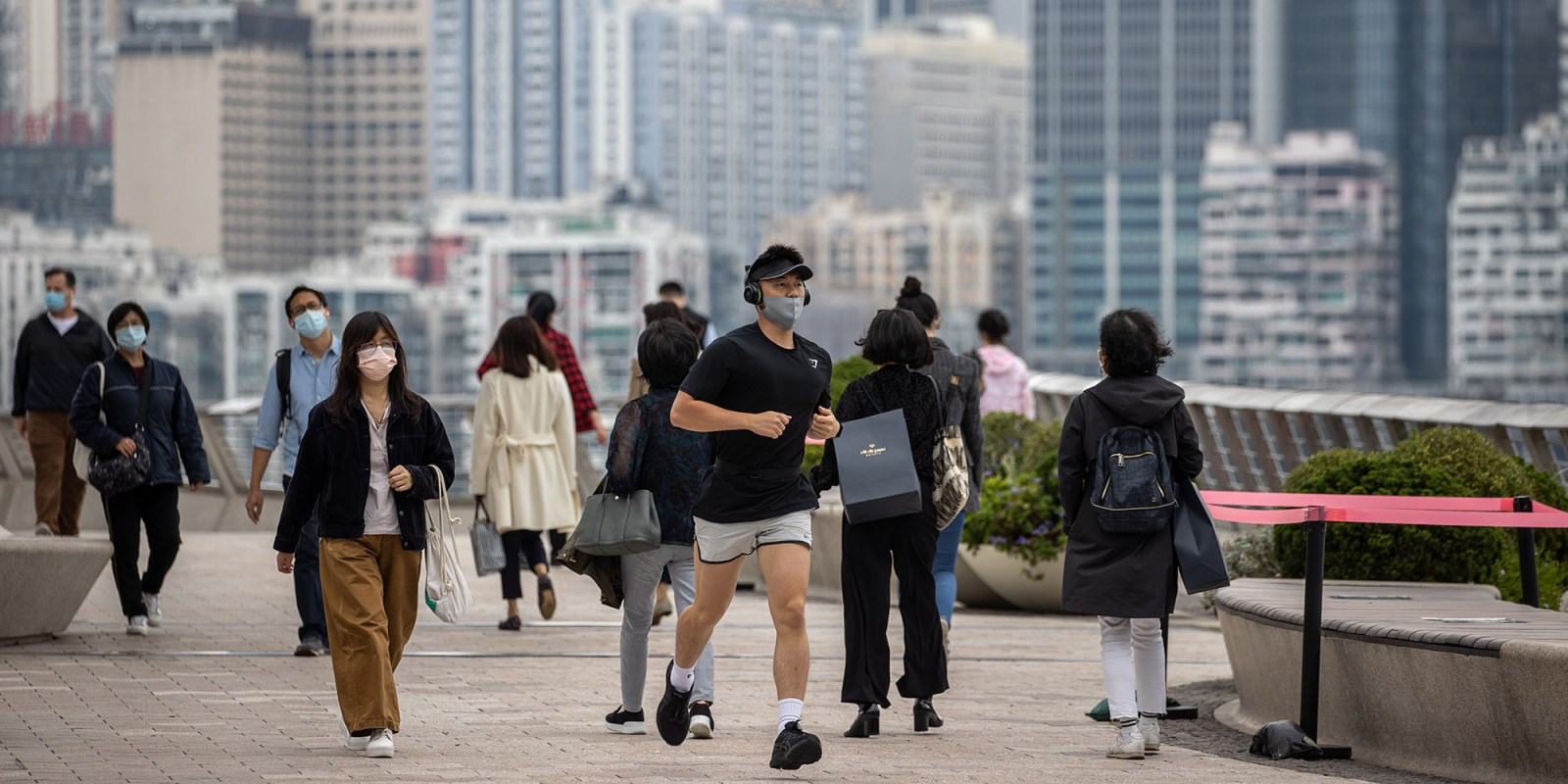 The number of new Covid infections in Hong Kong is on the decline, even as the amount of the fine imposed by the government for flouting testing and other mitigation measures is on the rise and currently rests at HK$50,000 ($6,386).

Shanghai will adopt “static management” of the whole city, according to a government statement. Part two of the city’s phased lockdown will see some 16 million people confined to their homes, with residents urged to isolate from members of their own households.

Researchers found that infections among children were far more severe in the Omicron wave that continues to sweep through Hong Kong. The Omicron variant of Covid-19 has been linked to more hospitalisations, severe complications and deaths of young children than previous waves of the virus, suggesting the highly contagious strain may not be as mild as initially thought, according to a study. 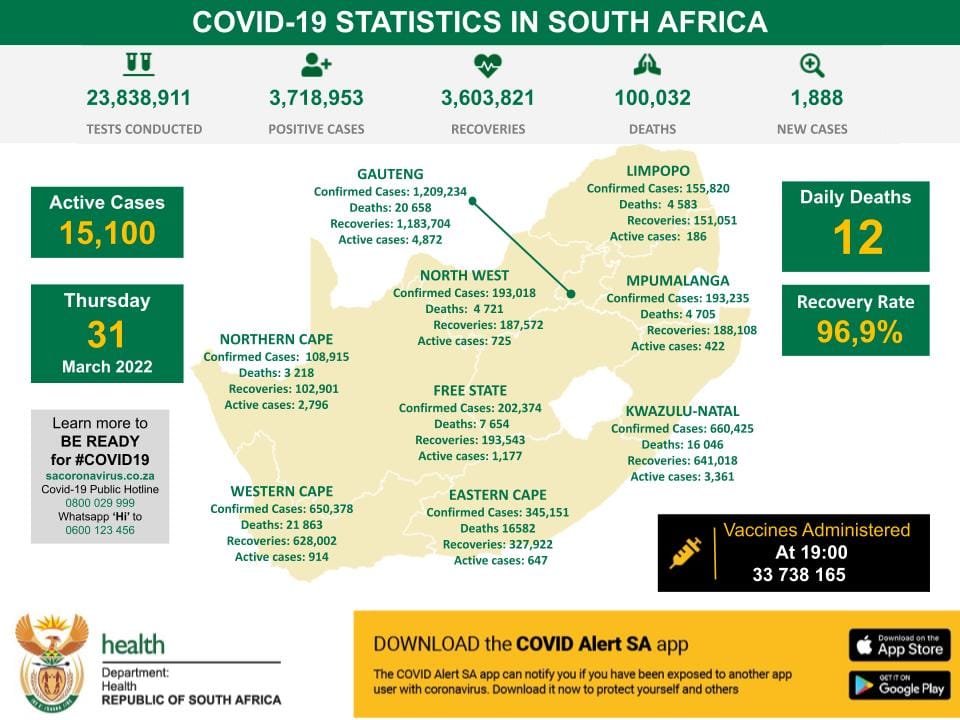 The number of new Covid infections in Hong Kong fell every day this week, with 6,646 cases and 119 deaths reported on Thursday. There were 13 people in critical condition and 33 in serious condition, officials said.

The government doubled the fines for people who don’t comply with mandatory testing orders to HK$50,000 ($6,386) starting on March 31. The size of the fines for other violations will also increase by a corresponding amount, officials said at a daily afternoon briefing, without providing details.

Purchasing managers’ indexes for March showed lockdowns in the technology and trade centre Shenzhen and automotive city Changchun cut factory activity in the month. Services have also been hit hard as restaurants and retail shops close because of renewed restrictions and tightened social distancing measures.

“Beijing’s determination in maintaining its Zero-Covid strategy for fighting the infectious Omicron variant will very likely deal a severe blow to China’s economy and will also have a global impact,” economists at Nomura Holdings led by Lu Ting wrote in a note.

Researchers from the University of Hong Kong and Princess Margaret Hospital found that cases were far more severe in the Omicron wave that continues to sweep through the city in its worst outbreak of the pandemic.

The need for intensive care treatment for those hospitalised was higher for Omicron, with 21 children – or 1.83% – admitted to paediatric ICUs, compared with only one in all the previous Covid outbreaks in Hong Kong, and a 0.79% rate for those with influenza.

The Omicron variant of Covid-19 has been linked to more hospitalisations, severe complications and deaths of young children than previous waves of the virus, suggesting the highly contagious strain may not be as mild as initially thought, according to a Hong Kong-based study.

Inefficient Covid testing has reduced the number of truck drivers with valid certificates and many drivers are staying away from Shanghai to avoid having to undergo mandatory quarantine when they return to their hometowns, the report said. Some shipping operators are choosing to skip Shanghai for other neighbouring ports such as Ningbo.

Priority will be given to people with underlying health problems, those needing long-term care at medical facilities, aged 50 and older, medical staff and those who test, care for and treat Covid patients, according to the newspaper.

Taiwan plans to distribute rapid-antigen testing kits to everyone in the northern port city of Keelung in an effort to corral an emerging Covid-19 outbreak. Some 360,000 tests will be handed out to residents in the coming days. It is the first time Taiwan has conducted mass testing of an entire city.

Health authorities are yet to decide if the tests will be voluntary or if there will be any form of punishment for those who do not use them. Officials expect to complete testing within a week. The government has been struggling to rein in a growing Omicron outbreak in Keelung. The city has reported 68 cases of the virus over the past week.

China’s growing Covid outbreak continues to swell as the latest epicentre Shanghai reported some 5,653 infections on Thursday, while the daily count comes slightly down from the record highs in the past few days.

The financial hub has caused desperation among residents with chronic medical conditions and chaos on the ground as the country vows zero-tolerance against the virus. The city’s government issued a statement late on Wednesday night saying it will adopt a strategy of “static management of the whole region” among its 25 million population.

While the phrase has been used by Chinese officials to mean a strict lockdown in which residents are barred from leaving their homes, the Shanghai statement did not clarify the scope of any new measures. The city locked down areas east of the Huangpu River, which includes its financial district and industrial parks, for four days. The lockdown shifts to the other half of the city, in the west, for another four days from Friday.

US President Joe Biden called on Congress to authorise new money for Covid-19 treatments and vaccines, warning that supplies are running low and leaving the door open to a deal that reallocates previous funding. The policy change is likely to be announced by the Centers for Disease Control and Prevention by week’s end and implemented by the end of May, said the person, who asked not to be identified ahead of the announcement.

“Just as we’ve reached the critical turning point in this fight, Congress has to provide the funding America needs to continue to fight Covid-19,” Biden said on Wednesday at the White House before receiving his second booster shot of the Pfizer-BioNTech SE vaccine. “We’re already seeing the consequences of congressional inaction.”

An additional 44 deaths from the disease have been reported in South Africa, bringing the total to 100,020, the National Institute of Communicable Diseases said in a statement on Wednesday. Still, the actual number of Covid-19 related deaths may be triple that toll, studies by the South African Medical Research Council that track the number of deaths above the historical norm show.

Hong Kong Chief Executive Carrie Lam is considering implementing a so-called closed-loop system for non-domestic aircrew, which would enable them to travel in and out of the city relatively freely, as long as they have no contact with the local community, people with knowledge of the matter said.

Under pressure from the business community, Hong Kong has unveiled a number of changes in recent weeks to its Covid policies, which have left the financial hub isolated and have been criticised as ineffective after they failed to keep out the Omicron variant. The amount of time travellers have to spend in quarantine upon entering Hong Kong has been halved, and a flight ban on nine countries deemed at high risk for the virus, including the US, UK and Australia, is being lifted. DM/MC