Wilgespruit Fellowship Centre: ‘A sacred place not intended to be turned into little boxes’ 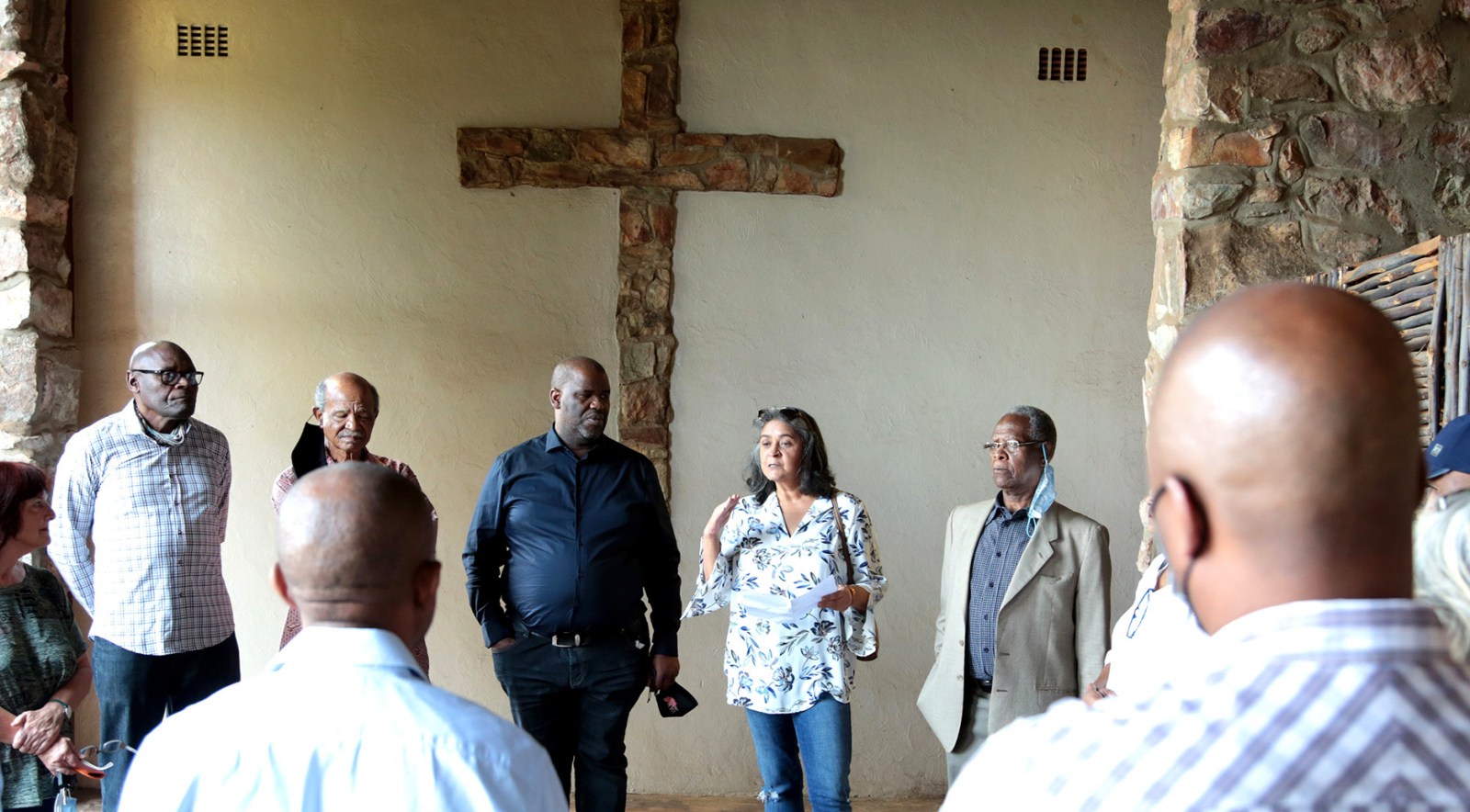 Last week an unusual gathering took place in the remains of the old chapel at the Wilgespruit Fellowship Centre in Roodepoort, Johannesburg. The meeting may have been understated and out of sight, but to those present it felt like history was being brought back to life.

Between the 1950s and early 1990s the Wilgespruit Fellowship Centre (WFC) played a central role in the struggle against apartheid and nurtured generations of activists and anti-apartheid organisations in values of ecumenicalism, non-racialism and human rights. Today, physically, it is in ruins.

However, a plan is emerging to rebuild it.

To this end, last week a meeting was convened at Wilgespruit by Bishop Malusi Mpumlwana, general secretary of the South African Council of Churches (SACC), to discuss the future of the WFC and plans to turn it into a Nobel Laureates Peace Park. Among those in attendance were leaders from the foundations of South Africa’s four Nobel Peace Prize winners: Nkululeko Luthuli of the Chief Albert Luthuli Foundation, Phumi Nhlapo, acting CEO of the Desmond and Leah Tutu Legacy Foundation, Coetzee Bester of the FW de Klerk Foundation and Sello Hatang, CEO of the Nelson Mandela Foundation.

Their purpose was to meet the Wilgespruit alumni and hear a little of the remarkable history of the WFC. It was also to understand the values that underpinned activities there and their relevance to the present and future. These values could be felt more than seen because, as the delegation was led through the demolished offices and broken conference centre, one could sense the ghosts of activists past. As former Anglican Bishop of Pretoria Jo Seoka pointed out, “people came to pray and die here”.

The delegation wound its way down a hillside road on which Albert Luthuli and Samora Machel are said to have lent a hand in a work camp, to the chapel where they met several veterans of the WFC, including Morontshi Matsobane, Reverend Anastasia White/Huntley, Sarah Webster, Reverend Sipho Masemola and Dudu Mtshazo.

The chapel, built by Wilgespriut’s founders in 1955, is in disrepair. Today its bell may have been stolen, and a priceless metal statue melted down from confiscated guns as part of the Peace Angels Project has disappeared; the windows and even the burglar bars are being stripped by thieves. But, the cross is still on the wall and, in Seoka’s words, the chapel and the WFC remain “a sacred place, a sanctuary, a place of healing… not a place intended to be turned into little boxes”.

Seoka joked about how the chapel had been a place to discuss “sensitive issues away from the ears of police informers who infiltrated many of Wilgespruit’s activities”.

After browsing through rare photographs and archives, Judi Merckel, another former staff member, gave an overview of different programmes the WFC ran with mineworkers, rural women and young people escaping vigilante violence in their townships.

Then followed personal accounts of scrapes with the Special Branch: Morontshi Matsobane recalled being brought back to the WFC in a police convoy before being sent to Robben Island for 12 years in 1976.

Mtshazo, a representative of the Quakers, remembered how a group of young black and white people attending a meeting at the WFC had “escaped” to a fast-food restaurant at the nearby Horizon shopping centre, only to be told the black children could not sit on the chairs in the restaurant; so instead they sat on the knees of the white children.

This incident seemed to epitomise the spirit of humane civil disobedience to unjust laws that the WFC inculcated. Wilgespruit-inspired resistance was undertaken with humour as activists found ways of gently mocking the mundane evils of apartheid.

The delegates from the four foundations are considering how to implement a pledge their namesakes made to turn the centre into a Nobel Laureates Peace Park. In this context the programmes run by the WFC now seem strangely ahead of their time: focusing on self-help economics, food security, union organisation, Christian witness and non-racialism.

However, as previously reported, that vision is placed in jeopardy by the 2015 sale of the property on which the WFC stands. Although seven years later it remains undeveloped, there are fears that the bulldozers may soon move in to build showhouses.

Despite this, Mpumlwana seems undeterred. He told Maverick Citizen that “the express intention of the SACC churches and the foundations of the Nobel Laureates is to honour the illustrious history of Wilgespruit in the struggle against apartheid; and the commitment to the South African Nobel Laureates Peace Park to seal the place of Wilgespruit as the country’s inspiration for peace and reconciliation”.

“The peace and stability of the country is threatened and undermined by a complexity of social and economic divisions. The peace park will translate the work of the Wilgespruit Fellowship Centre from anti-apartheid struggle into nation-building.”

To this end the SACC has set up a “WFC mandate committee” chaired by Reverend Thembelani Jentile, an SACC national executive committee member, to appeal to the new property owners to rescind the sale. It also recently approached lawyers to represent the interests of the SACC.

It is now a race against time before construction begins that will physically eliminate much of this history. The former staff of the WFC, led by Griffith Zabala and others, have also begun an advocacy campaign to save and restore Wilgespruit. Whether they will succeed remains to be seen. However, should they fail, it will represent not only a loss of a part of South Africa’s heritage, but an assault on its spirit. DM/MC