Is the AU mission in Somalia changing in name only? 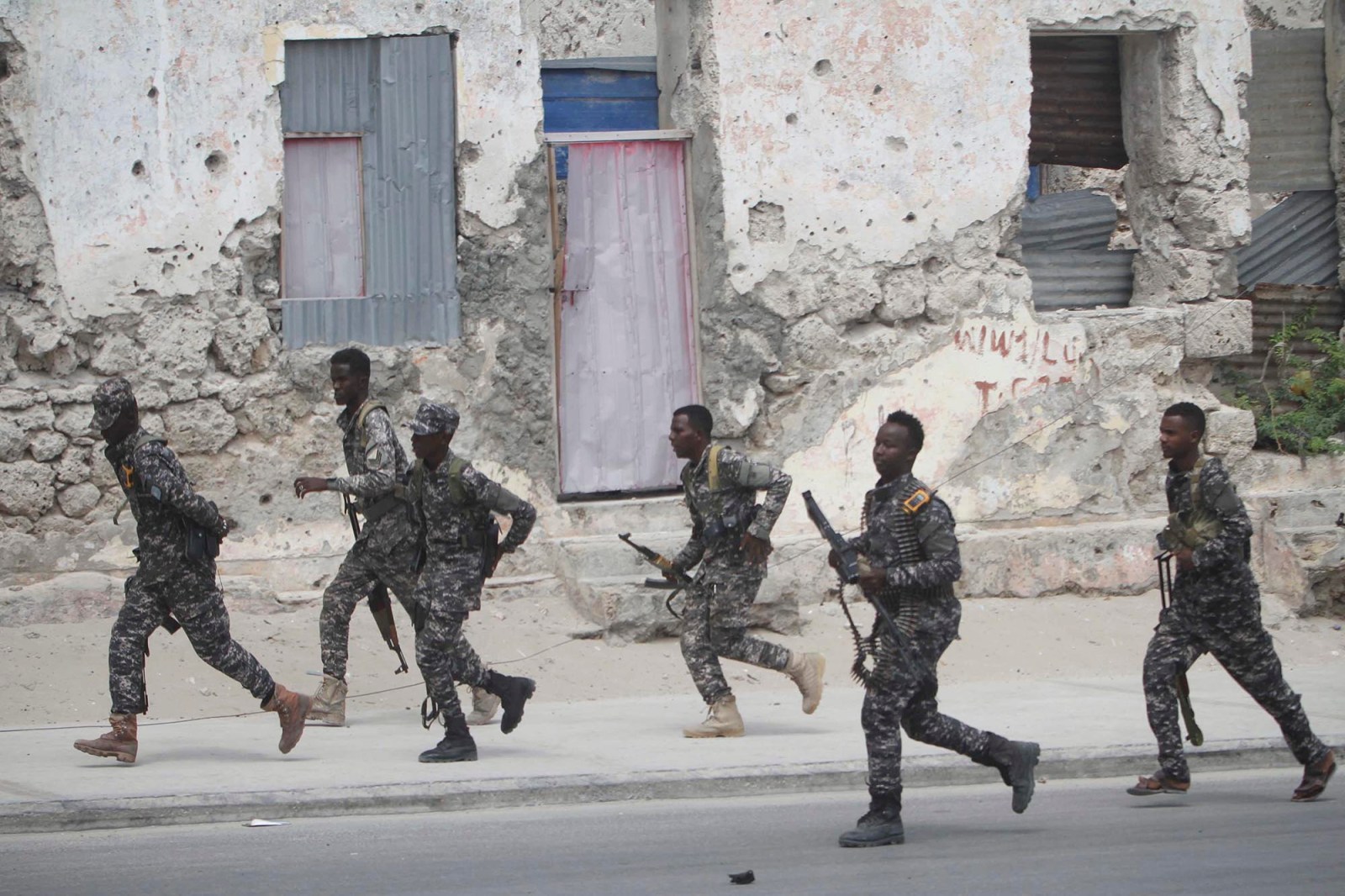 The mandate and capacity of a new operation should allow robust engagement to deal with underlying political conflicts.

The African Union Mission in Somalia (Amisom) has supported that country’s government in the fight against al-Shabaab for the past 15 years. The operation was due to end in December 2021, and agreement has finally been reached on what appears to be simply a name change and extension of the existing mandate.

The African Union (AU), United Nations (UN) and Somali government decided that on 1 April, Amisom will be replaced by the AU Transition Mission in Somalia (Atmis). The new mission will operate until the end of 2024, after which all responsibilities will be handed to the Somali Security Forces. Atmis’s capacity of around 18,000 troops, 1,000 police and 70 civilians mirrors its predecessor, as does much of its mandate.

So has anything changed that can help stabilise Somalia?

Amisom’s work started in March 2007, to degrade al-Shabaab and build the capacity of the Somali Security Forces, military and police so that the mission could eventually withdraw in 2021. The exit didn’t happen though, as the security threats that necessitated the deployment in the first place, continue.

To determine Amisom’s future, the AU and UN conducted independent assessments last year, and various options were proposed. Agreement was needed on a new mission’s mandate, composition, size, strategic and specific objectives and tasks of the military, civilian and police components.

Somalia’s government wants Atmis to focus on implementing the Somalia Transition Plan. The plan was developed in 2018 to transfer security responsibilities from Amisom to the country’s security forces. It was recently revised and will be carried out over the next three years. The AU and UN agreed with this approach. Bankole Adeoye, AU Commissioner for Political Affairs, Peace and Security, said Atmis’s stabilisation and state-building objectives would fully align with the Somalia Transition Plan.

The AU Peace and Security Council outlined a mandate for the new mission that included degrading al-Shabaab and other terrorist groups, providing security, developing the capacity of the security forces, justice and local authorities, and supporting peace and reconciliation. The UN Security Council is expected to approve the mandate and authorise Atmis at its 30 March meeting.

But Amisom’s mandate was also aligned with the Somalia Transition Plan, so there’s nothing new about Atmis in that regard.

Omar S Mahmood, Senior Analyst at the International Crisis Group, told ISS Today he believed Atmis would have only a few slight differences. “The biggest change is perhaps that the idea of a “transition” is more thoroughly embedded within the rationale of the new mission, which has a four-phased timeline to work with the Somali government to implement the Somalia Transition Plan.

“Also, a few smaller adjustments are supposed to happen as well, such as re-alignment of Amisom’s sector structure and increased command-and-control authority under the mission’s force commander, but these are limited overall.”

In terms of operational changes, Atmis will differ from Amisom by developing more mobile and agile forces in each sector of the mission. The job of these quick-reaction forces with enabling capacities will mainly be to rapidly degrade al-Shabaab and other extremist militant groups.

Amisom’s replacement comes at a critical time. Political tensions in the country still threaten the gains made over the years. Divisions among Somalia’s elites over the distribution of power and resources are at the centre of all the problems. Two peaceful power transitions occurred in 2012 and 2017, but the third faltered due to disputes over election management.

President Mohamed Abdullahi Mohamed, in power since 2017, is still in charge after his term expired in February 2021. Prime Minister Mohamed Hussein Roble was tasked with reforming the election process, but progress has been slow. The country’s future is unpredictable, with the political impasse sometimes boiling over into armed clashes.

Increasing attacks by al-Shabaab is another major challenge. Many assaults were reported in the past few months, with recent strikes in Mogadishu and Beledweyne resulting in over 53 deaths. Despite actions by Amisom and the Somali Security Forces, the group still controls large territories in South and Central Somalia, and attacks are increasing.

Al-Shabaab’s financial and warfare capacity is also growing. The Hiraal Institute, a Mogadishu-based research group, reports that the group collected about $180-million in revenue and spent $24-million on weapons in 2021.

Atmis will also face the same financial woes as Amisom. The UN provided the mission’s logistical support, with the European Union (EU) funding military and police personnel stipends. But the EU reduced its support over recent years, and its intentions for Atmis aren’t yet clear. Tiina Intelmann, head of the EU delegation to Somalia, has said that “The EU is ready to contribute and assure predictability of funding as long as the configuration plan is realistic, pragmatic and focused.”

So it seems that Atmis won’t differ fundamentally from Amisom in its mandate. It will mostly be a continuation of the current military support which, while essential for the country’s security, won’t be new.

Since the political stalemate is at the centre of Somalia’s social and security problems, solving that should be the priority. If it is to differ from Amisom, Atmis’s mandate and force reconfiguration should include robust political engagement to support reconciliation among the country’s divided political groups. Otherwise, the exercise simply renames the mission — which won’t help the country much. DM

This article is published as part of the Training for Peace Programme (TfP) funded by the government of Norway.