Parts of Johannesburg to remain in the dark following t...

Parts of Johannesburg to remain in the dark following tunnel fire 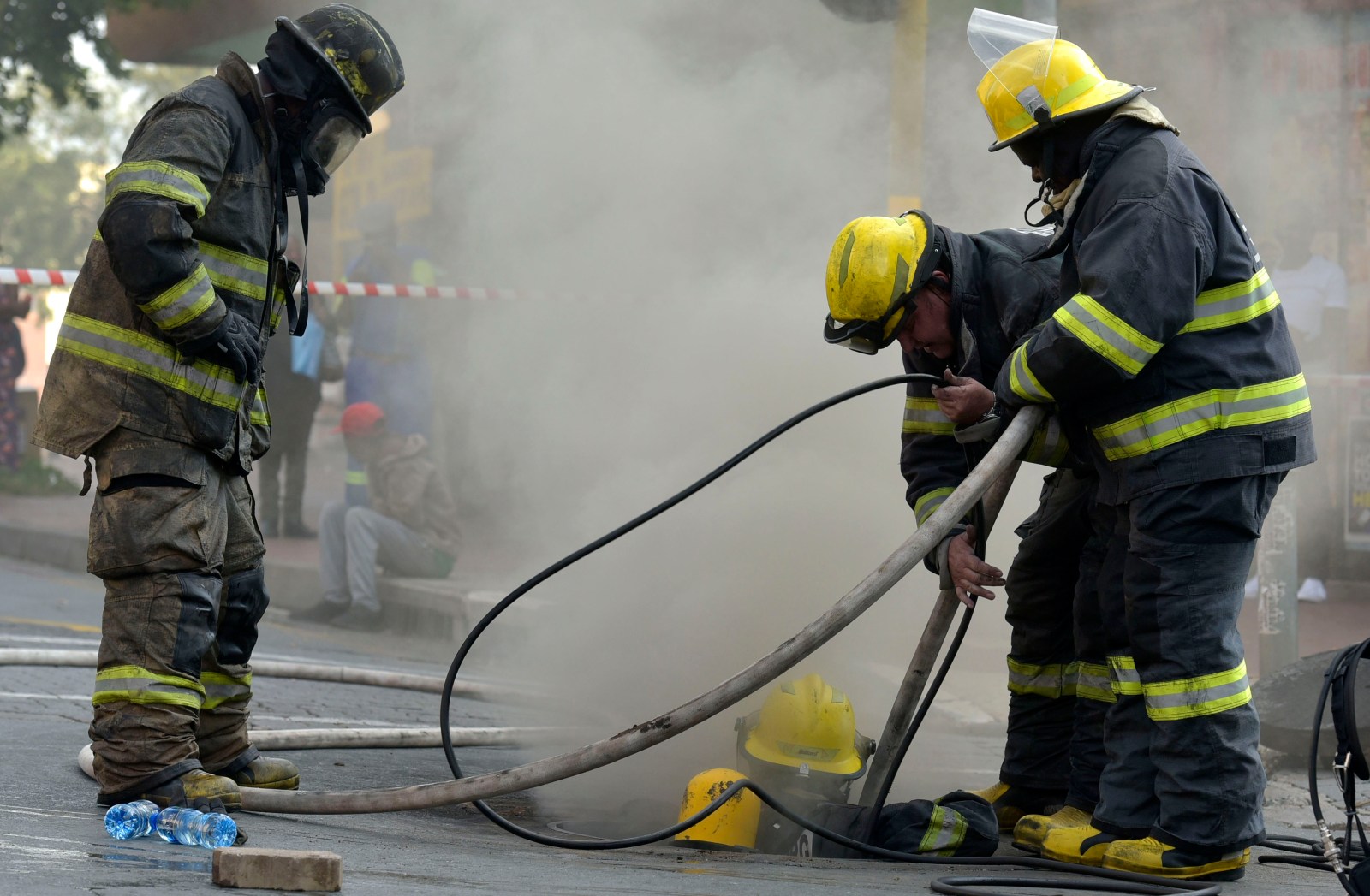 Firefighters tackle a blaze that flared up underground in the Ferreirasdorp area of the Johannesburg CBD on 28 March 2022. The fire left the entire area without electricity. (Photo: Neil McCartney / The Citizen)

Many parts of the Johannesburg CBD will remain in the dark after an underground fire triggered an outage on Monday.

An underground fire has left large parts of Johannesburg in the dark. Johannesburg Emergency Services (JES) spokesperson Robert Mulaudzi said they managed to extinguish the fire just before midnight.

“We managed to get to the root of the fire, where the fire started, and managed to extinguish it. We covered most of the parts of the tunnel,” he said.

“It was 3km of tunnel that we had to cover. We managed to extinguish the fire just before midnight.”

Mulaudzi said the final assessment by JES was made at about 11am on Tuesday. This had entailed checking the structural integrity of the area, among other things. “We just wanted to make sure the structure is still intact.”

Johannesburg residents should not have any concerns about the fire reigniting following the assessment, he said. Further assessments by other departments, such as the environment department, would be made.

This would allow City Power to begin repairs.

“We can confirm that, so far, all work is in order,” added Mulaudzi. However, he was not able to say when City Power would begin work in the tunnel.

No injuries had been reported.

The City of Johannesburg said the cause of the fire was being investigated and that City Power teams were working on plans to partially restore power to some of the affected areas through backfeeding from the central substation. Traffic would be affected by the outage.

The fire tripped two main power lines which affected most of Johannesburg and Selby, the City said. One of the tripped lines feeds the central substation which affects the entire CBD. The other power line affects most of the industrial areas and east of the city.

Gauteng is plagued by cable theft, which has been the main cause of random fires and infrastructure collapses across the City of Johannesburg. The pulverised rail infrastructure is one example. Thieves first targeted and stole the cables.

The mayoral committee member for the environment and infrastructure, Michael Sun, confirmed to Daily Maverick on Tuesday afternoon that the fire had been extinguished late on Monday night. It was still not safe for City Power to enter the tunnel.

Sun confirmed that the cause of the fire was unknown and that the police will investigate.

Asked if the City ruled out cable theft or even ageing infrastructure, he said: “We cannot rule out anything at the moment; we are also not ruling out sabotage. We will get the police to investigate.” DM