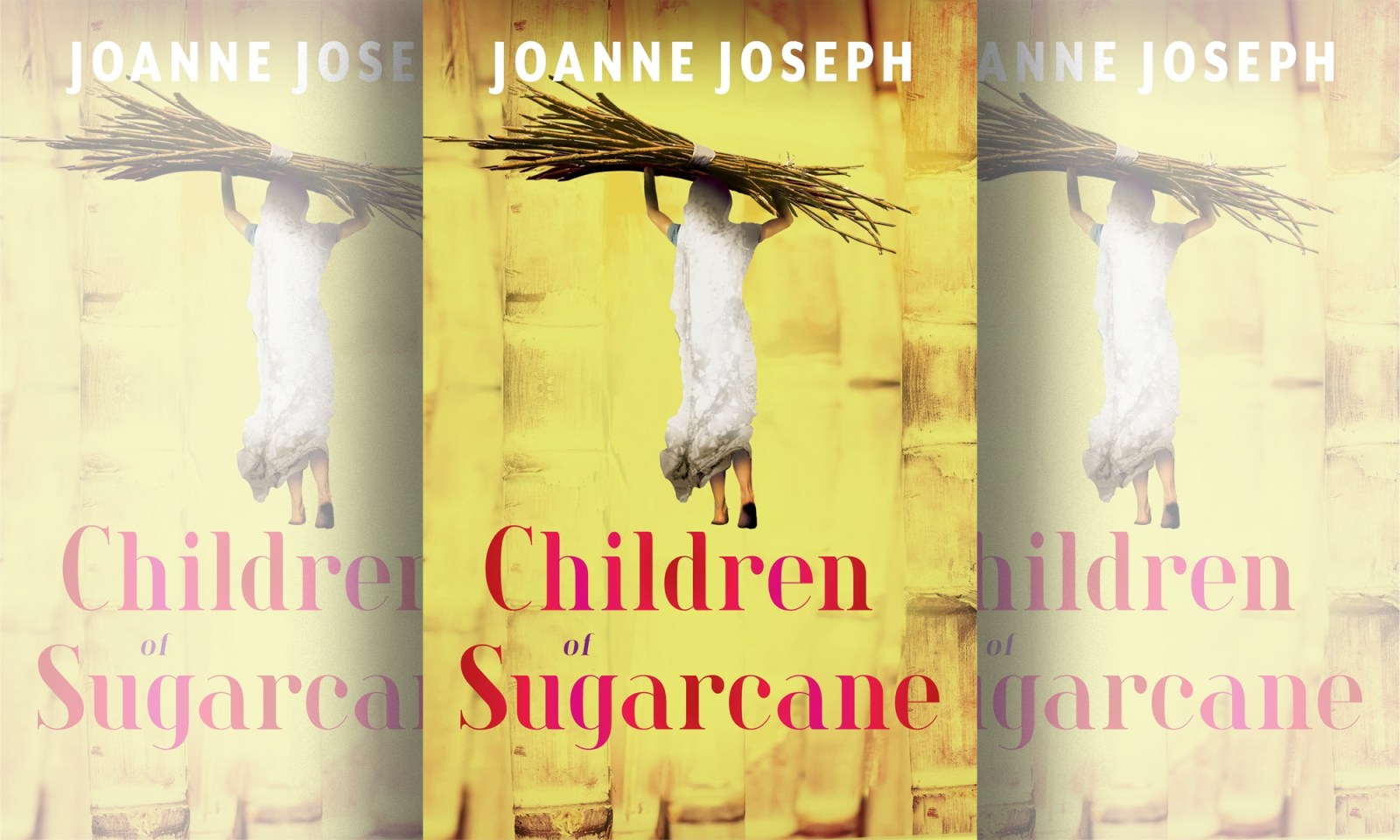 People around the world have suffered under horrific systems. Their victories, at times, may have been small. But the biggest victory is that they survived.

Joanne Joseph’s Children of Sugarcane tells the story of Shanti Manickam’s journey from India in the 19th century to Port Natal in a bid to escape a forced marriage. Shanti plans to work on a sugarcane farm so that she can send money home to support her parents.

The book began as a personal project when Joseph embarked on a quest to find out more about her matrilineal line.

“So many aspects of her life are unknown; there has been a weak history of oral tradition in my mother’s family. My great-grandmother was just an ordinary person caught up in history. So I started digging in the archives to find her.”

Joseph immersed herself in historical archives, in the stories about women who opted to come from India to South Africa to live in indenture.

Joseph explains, “She’s quite fragmented in my mind. It is impossible to know who she was except to impose my 21st century sensibilities on her. I made peace with the fact that I would have to fill in the blanks, drawing on multiple lives and multiple narratives as to how Indian women lived through indenture and survived it.”

The project was an ambitious one and Joseph spent nine years working on the book.

“I had many different processes concurrently on the go. Not only did I have to trawl through history books, but there was also the challenge of internalising it – having to process what it meant for my great-grandmother, for the women who walked this path. There’s also a fine line in telling a historically accurate story that at the same time weaves a narrative that is palatable to the reader.”

Joseph’s educational background is in literature and she worked in media for many years. She began the project with no formal training in writing a historical novel and had to learn by engaging with the genre and learning the art.

“It took me a long time to get a handle on what the genre demands. I was a news writer, a current affairs writer. I did not have a background in creating characters who are accessible, who are human, who are grappling with much the same universality that we are in terms of love, despair, hope and conflict – all the difficulties that we see in the 21st century.”

Joseph not only mastered the skills in writing historical fiction, she ended up doing so much more with Children of Sugarcane ­– she breathed life into a bold, ambitious project and transformed it into an artistic enterprise.

In Children of Sugarcane, we are able to take a step back in time and engage with an aspect of our history that is largely invisible. We get to do so in ways that are rich in nuance and perspective. We get to walk with the characters and learn about life in indenture.

Children of Sugarcane deals with the brutality of colonialisation.

“At one point during an earlier draft, my dad asked me whether the story had to be so violent,” says Joseph. ‘This made me think. We live in a society where there is a lot of gratuitous violence. I’ve borne witness to some of the worst forms of violence via the lens of a camera in my career in media. It calcified me to be able to sit through and write those scenes.

“As a society we are exposed to violence on a daily basis, so I had to ask myself, was the violence necessary to drive the plot forward, to bring the reader to some sort of understanding? Ultimately, I had to find ways of portraying the violence to bring to life the context of the milieu and what the indentured were up against.”

For those who may find it triggering to read about violence, it is worth pointing out that the book is not just a story about the brutality of colonialisation; it is a tapestry of the lives of women working on sugarcane farms. It richly evokes the scenery of the time and portrays ordinary joys and sorrows.  It finds creative ways of helping the reader to navigate through the violence.

“I sit here because of the incremental accumulation of education over the generations, because of what she set in motion”

In one scene of sexual violence, for example, metaphor is employed to describe what happens.

“I thought long and hard about this,” says Joseph. “I did not want to be overt with the mechanics of sexual violence. I thought that the metaphor was powerful enough to carry it in a country that knows rape so intimately. People bring their own encoding and it finishes off the text in a way that the writer can’t.”

The effervescence of Children of Sugarcane is centred on the telling of a story of women who are enslaved, but who have agency.

“I don’t believe for a moment that women were victims in the sense that we have always considered them to be victims. This probably applies to many other atrocities. People found the strength to survive and triumph. Even if their triumphs were little triumphs. Pitted up against the system, they somehow found a way to overcome the difficulties.

“Women in indenture were not just victims; many of them were tragic heroes in what they chose for themselves and their families. I needed to portray that this was not just a system in which they laid down and died. Having said that, the system still defeated them, it still crushed them in certain ways.”

Joseph is adept at bringing this agency to life, in getting the reader to think that the characters stand a chance. Yet, this is ultimately a story about a system that gets its way. The characters are constantly striving against the odds.

“Their biggest victory is that they survived – that all they came out with their lives and the horrific memory of what happened to them, but it’s still their survival – a prized survival because it ensures the longevity of their line and that their story is told through future generations.

“The system and weight of colonialisation did not crush them in the end.”

Children of Sugarcane emerges as one of the most important accounts of intergenerational trauma. The book deals with this in ways that are complex, intersectional and layered.

“When we think about the role of storytelling in dealing with intergenerational trauma, we see the vast canvas that there is for writing in South Africa,” says Joseph.

“We can talk about a crime like rape and begin to understand, through multiple stories and the retelling of personal narratives, how rape plays out… how it is understood, how people internalise what is happening to them and how they deal with it in terms of their cultural and socioeconomic circumstances. All of that plays into their interpretation of what is happening to them.”

Storytelling is pivotal to understanding the fluidity of our society.

Our stories are evolving as our society evolves, and our stories help our society to evolve. In Children of Sugarcane we have an important story, one that documents where we come from – one in which we need to immerse ourselves to determine how we move forward. DM/ML