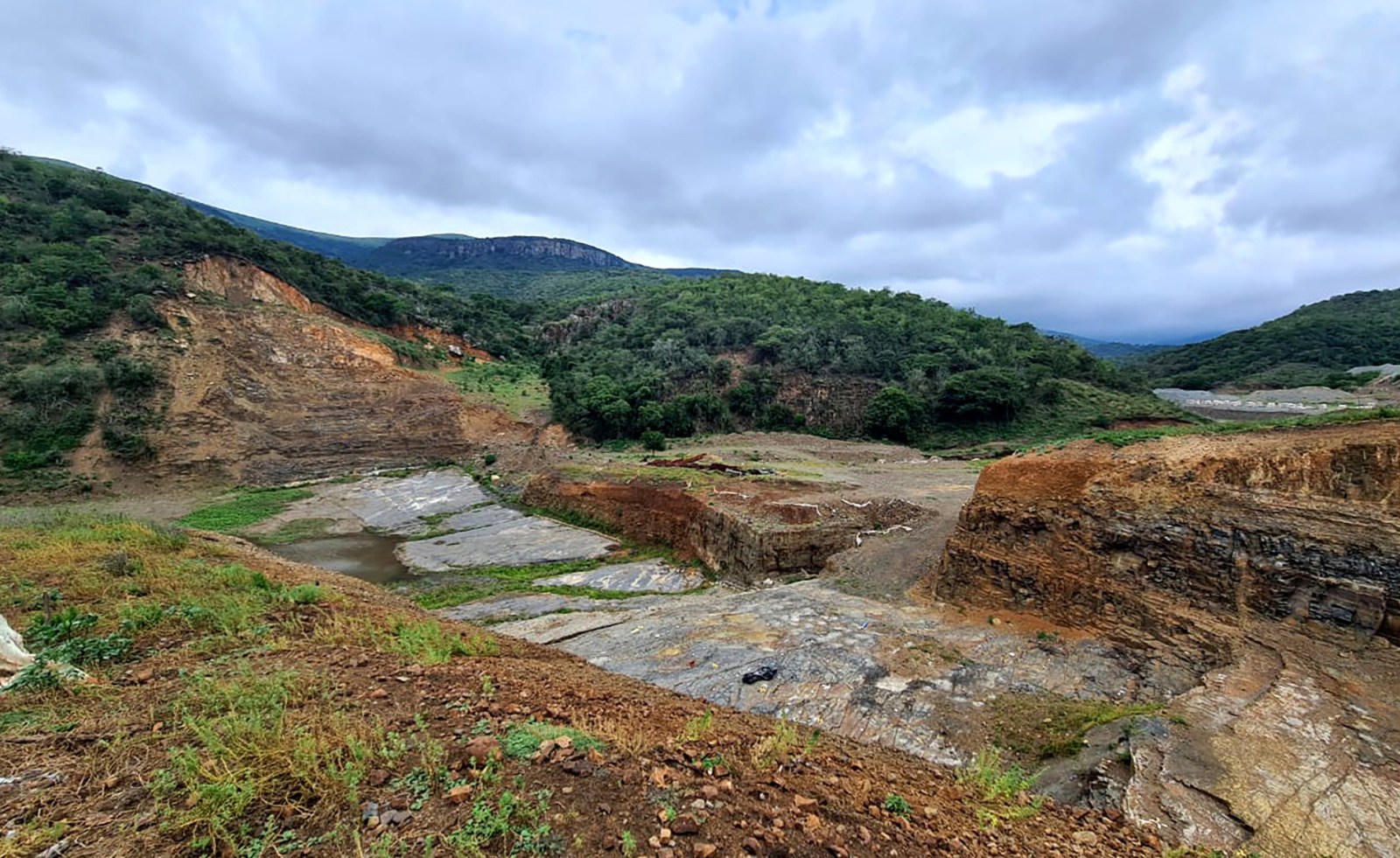 What was meant to be South Africa's first hard-fill dam has become an abandoned project near Port St Johns in the Eastern Cape after the contractor asked for a steep increase in contract costs and the OR Tambo Municipality could not find the funds. (Pictures: Supplied)

A multimillion-rand water scheme for Port St Johns villages has been ‘abandoned’ after the contractor was not paid as the project costs ballooned.

Dreams of clean water for 40 villages in deeply rural Eastern Cape have been dashed as a key project in the Ntsonyini/Ngqongweni Regional Water Supply Scheme, the Ntsonyini Off-Channel Dam, has stalled due to the contractor not being paid by the OR Tambo District Municipality.

Currently, communities around Ntsonyini and Ngqongweni, near Port St Johns on the Wild Coast, get drinking water from the Mngazana River, the uMzimvubu River and local streams.

According to Statistics South Africa, 55.3% of people in Nyandeni had no piped water at their homes at the time of the previous census and only a third had access to toilet facilities.

The MEC for cooperative governance and traditional affairs in the province, Xolile Nqatha, reported to the Eastern Cape legislature that the OR Tambo Municipality had said a new “variation order” (indicating an increase in construction costs over 20%) had to be generated due to extended excavation, needed to reach a suitable level for the dam wall.

The original value of the project was R200-million and R136-million has been spent so far. Another R238-million is needed for the project to be completed.

Nqatha said his department was not involved in the project and it was being managed by the OR Tambo District Municipality. He had been informed that the municipality was in the process of cancelling the original construction contract.

“The department is not happy with the fact that R136-million has been spent to date and the project has been stalled with currently no contractor on site, and there are no penalties.

The project was also hampered by outbreaks of violence in nearby villages in September 2021. Three men were shot dead and 20 homes burned down when clashes broke out over job opportunities at the dam, stirring up ongoing conflict over stock theft.

Many villagers fled their homes and hid in a forest for days to escape the violence.

The dam construction was originally halted by the Eastern Cape High Court after the contractor was taken on by a local shopkeeper who claimed blasting at the site caused the walls of his building to crack.

Stalling of the project was brought to light when three DA members of the provincial legislature, Bobby Stevenson, Vicky Knoetze and Retief Odendaal, acted on a tip-off and spent hours in a Volkswagen Polo trying to drive to the dam and ended up having to walk part of the way on a very bad road filled with dongas.

“Incomplete infrastructure projects related to water and sanitation projects, millions of rands wasted on poor-performing contractors and sites which have been left abandoned are some of the issues discovered when the Democratic Alliance conducted oversight on infrastructure projects in OR Tambo District Municipality,” Knoetze said.

“Upon inspection, the site was found abandoned, with the project only around 30% complete against the expected completion date of February 2021,” she added.

Nqatha said the extra R238-million required exceeds the permissible 20% for a variation order and this resulted in the project grinding to a halt.

“The Democratic Alliance has continuously requested the province to red-flag or blacklist contractors that have been identified as poor performers, to ensure that they are not awarded any further contracts. Yet, Eastern Cape municipalities and provincial departments continue to fall into the same trap.

“Monitoring of water projects is essential; this situation could have been avoided if effective monitoring and evaluation processes were in place,” Knoetze added.

The dam is part of Ntsonyini Ngqongweni Water Supply, a multiyear project that started in 2013/14. It was supposed to be completed within three years.

According to the integrated development plans from the Nyandeni and the OR Tambo District municipalities, the complete project was planned to provide a basic level of water supply for about 41,178 households and 190,037 people.

The uMzimvubu River will be used for abstracting raw water for the regional scheme. The scope of works for the current phase of the project entails source development.

Another big water project commissioned and managed by the OR Tambo District Municipality, the Qokolweni Water Supply Scheme, despite being reported as completed, has left communities without water after it was discovered that no feasibility study was done to confirm that there was water in the area before the project commenced. This project has been flagged by the Auditor-General.

In February, the executive mayor of the OR Tambo District Municipality, Thokozile Sokhanyile, said the municipality faced serious challenges that included a decision by National Treasury to withhold all funds that were to be transferred to the municipality, due to non-compliance with good governance rules and principles.

“This was caused by the municipality’s non-compliance to the norms and standards as required by legislation… I wish to further highlight that relations between the municipality, National Treasury and other sector departments were not that cordial,” said Sokhanyile.

“The era has been tough and rough [for] the entire municipality; however, as the new leadership we made commitments to improve relations with all state entities with the responsibility to provide support and oversight to the municipality. We also vowed to [install] a culture of compliance.”

She said ongoing work to improve the municipality had seen R200-million in funds released from Treasury at the end of 2021 and more was expected as the municipality had managed to put in place the necessary plans and other documentation, including a strategy to recover fruitless and wasteful expenditure.

A spokesperson for the OR Tambo Municipality, Zimkhita Macingwana, said the contractor had not abandoned the site but had left after it was not paid when Treasury withheld funding, adding that it was not the municipality that was trying to cancel the contract.

“The municipality plans to complete the work. Engineers and contractors are busy finalising the new measurements and after that a new tender will be issued,” he said. DM168