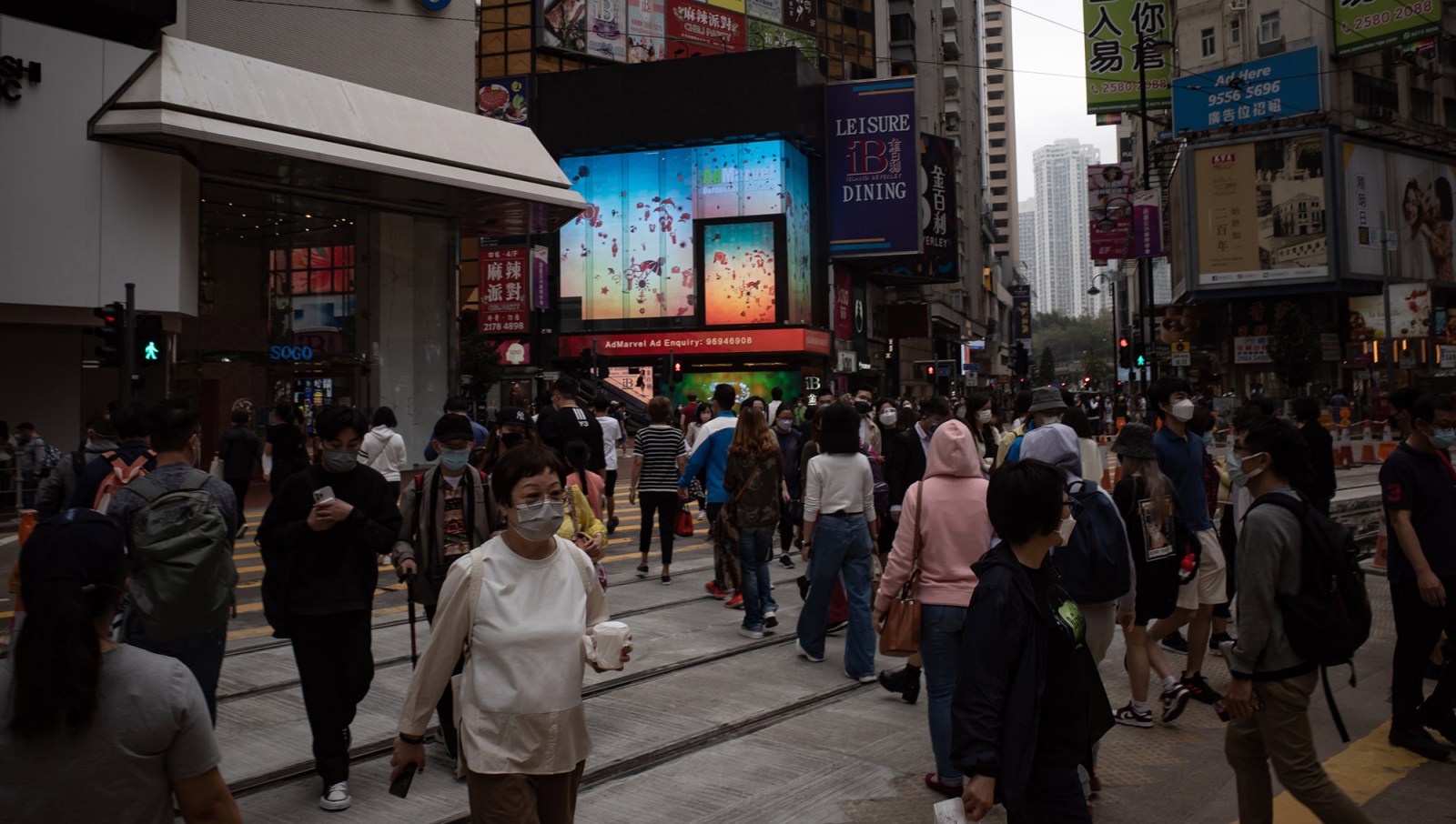 China’s biggest chip producer, an Apple supplier and other major manufacturers in Shanghai continue to operate during the city’s phased lockdown thanks to a closed-loop system that has employees living at factory campuses in Covid-free isolation.

Production was paused at Tesla’s facility in the city until Thursday, while Chief Executive Officer Elon Musk tweeted that he “supposedly” developed an asymptomatic reinfection with the virus. There were 6,215 local cases reported on Sunday in China, including 3,500 in Shanghai.

A surge of imported cases from Hong Kong, which reported an additional 7,685 infections on Monday, preceded China’s worst outbreak since Wuhan. Covid rates are rising in Taiwan and starting to fall in South Korea, the first dip in weeks. Israeli Prime Minister Naftali Bennett tested positive. 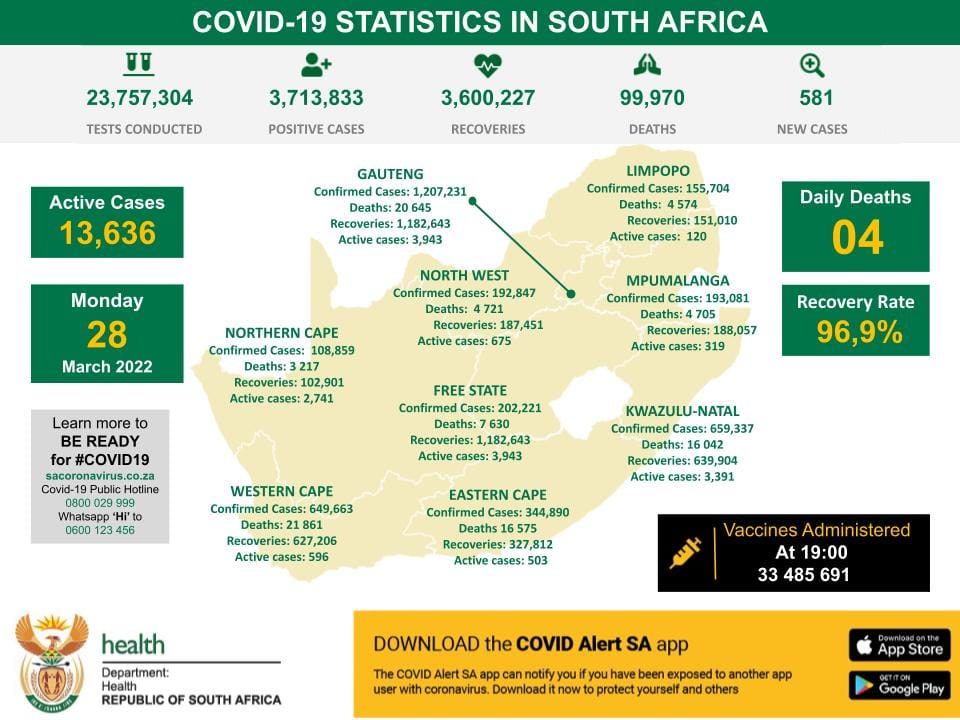 Hong Kong reported 7,685 new infections on Monday, with cases continuing to fall after dropping below five digits for the first time in more than a month over the weekend.

There were 143 deaths, mostly elderly and not fully vaccinated. No new infections were found in residential care homes.

Musk says he is ‘supposedly’ reinfected

Tesla Chief Executive Officer Elon Musk tweeted that he “supposedly” has been reinfected with Covid-19, though he has almost no symptoms. The high-profile billionaire executive disclosed in November 2020 that he most probably was infected, saying he had moderate symptoms that felt like a minor cold.

The Shanghai government is allowing some manufacturers to run so-called closed-loop systems where employees keep working as long as they’re confined in or close to the factory campus and adhere to mitigation measures, people familiar with the matter told Bloomberg.

Production capacity may still be affected to some degree due to disruptions to logistics and supply chains. Pegatron, which makes iPhones in the eastern region of Shanghai that is locked down until Thursday, is operating normally, as is Semiconductor Manufacturing International, known as SMIC.

Israeli Prime Minister Naftali Bennett tested positive for coronavirus, a day after he held talks with US Secretary of State Antony Blinken and visited the site of a terror attack. He is feeling well and will continue to work from home, according to a statement issued by his office.

Production at Tesla’s Shanghai factory was suspended until at least Thursday, people familiar with the matter told Bloomberg.

After originally being halted for one day, manufacturing at the Gigafactory near China’s main financial centre will now stop for four days due to the lockdown of areas east of the Huangpu River, where it’s located.

Many Tesla workers will be affected, though they may be able to return to work when the lockdown shifts to the other side of the city.

Taiwan added 83 local cases on Sunday, according to a statement from the Taiwan Centers for Disease Control. The number of confirmed local cases surged to the highest since June last year, with at least six clusters, the Taipei-based Central News Agency (CNA) reported, citing Health Minister Chen Shih-chung.

The biggest cluster was at a Datan power plant expansion project in Taoyuan, which reported 52 cases after migrant construction workers were tested, according to the CNA report. It was followed by a flare-up in Keelung city where 19 new cases were reported on Sunday, including five employees at a bar, four patrons, their contacts as well as six police officers, the report said.

Omicron’s spread in South Korea has started to decline for the first time in 11 weeks, Health Minister Kwon Deok-cheol said, indicating the country is past its peak.

Daily cases dropped to 187,213 on Monday, compared with 318,130 yesterday. There were more than 200,000 a week ago. The number of critical cases and deaths may continue to climb for another two to three weeks, officials said.

The Shanghai Stock Exchange will provide online services for IPO approval meetings, consultation and roadshows during the citywide lockdown. It will also extend the time window for listed companies’ releases to 11pm, and allow them to apply to postpone the release of full-year earnings until April 30, according to a bourse statement.

Meanwhile, the Shanghai International Port will maintain operations around the clock during the lockdown, Securities Times reported.

China reported 6,215 local infections on Sunday, the vast majority in people with mild or no symptoms. Most of the asymptomatic infections were found in Shanghai, at 3,450, with another 907 in Jilin.

Jean-Pierre said she was not considered a close contact of Biden despite participating in a “socially-distanced meeting” on Saturday with the president. Jean-Pierre travelled with Biden in place of Press Secretary Jen Psaki, who tested positive for the virus before the trip.

Hong Kong Chief Executive to be grilled over exit strategy

Hong Kong Chief Executive Carrie Lam will be questioned over her strategy for exiting the Covid-19 crisis by pro-China politicians during a 90-minute video-conference meeting on Monday, the South China Morning Post reported.

Dozens of people – including Hong Kong deputies to the Chinese Parliament, local delegates to China’s top advisory body and others from prominent mainland Chinese organisations – have been invited to attend the meeting organised by lawmaker Chan Yung, the paper reported, citing an invitation it has seen.

An influx of imported cases from Hong Kong preceded China’s worst outbreak since Wuhan, showing the risk the city’s virus crisis poses to the mainland.

Hong Kong feeds key cities in China, including Shanghai and the technology hub of Shenzhen, which is located just across the border. Shenzhen is just now emerging from a week-long lockdown, while Shanghai is entering one.

An analysis by Bloomberg News found the uptick in cases in both cities – key entry points into the mainland – came at around the same time or shortly after a surge in infections was recorded in quarantined travellers coming from Hong Kong, where the number of recorded new cases still hovers above 8,000.

Shanghai locks down half the city

Shanghai locked down on Monday, closing half the city at a time in four-day turns, to conduct a mass testing in an effort to staunch its spiralling Covid outbreak.

Residents can’t leave their homes and public transportation will be suspended, the city announced on Sunday evening, a pivot from its earlier, more targeted approach. The city will ensure basic supplies such as food, fuel and electricity during the lockdown.

Some in the financial markets have been sleeping at their offices to avoid building lockdowns that would prevent them from the trading floor.

Hong Kong will start a Covid-19 home vaccination programme for older or disabled residents in the coming weeks as the city seeks to boost its inoculation rate, Chief Executive Carrie Lam said at a press briefing on Sunday.

The government plans to start registration for home vaccinations with older or disabled residents at public housing estates where compulsory testing will be carried out in restricted areas.

More than 8,000 new cases were detected in the city, officials said on Sunday.

The financial hub overtook the northeastern province of Jilin, which reported 2,078 cases on Saturday. Shanghai has 2,676 new infections, a jump of 18% from a day earlier, according to data from the municipal health commission.

Hong Kong cut the time airlines are banned for carrying excessive numbers of Covid-positive passengers to seven days from two weeks. The circuit-breaker mechanism that bans airlines if they carried four cases or more travellers from the same airport of origin within a week has been deleted, according to a statement released by the government late on Saturday.

Under the revised rules, most other existing triggers remain. Bans can be meted out if three or more Covid cases are found on the same flight, or one confirmed infection and another non-compliant one are discovered.

The revised airline rules kick in on April 1, the day rules lifting a flight ban on nine countries, and a halving of quarantine from 14 to seven days are implemented. DM