US and AU reaffirm cooperation on health and trade, but Ukraine war remains the elephant in the room 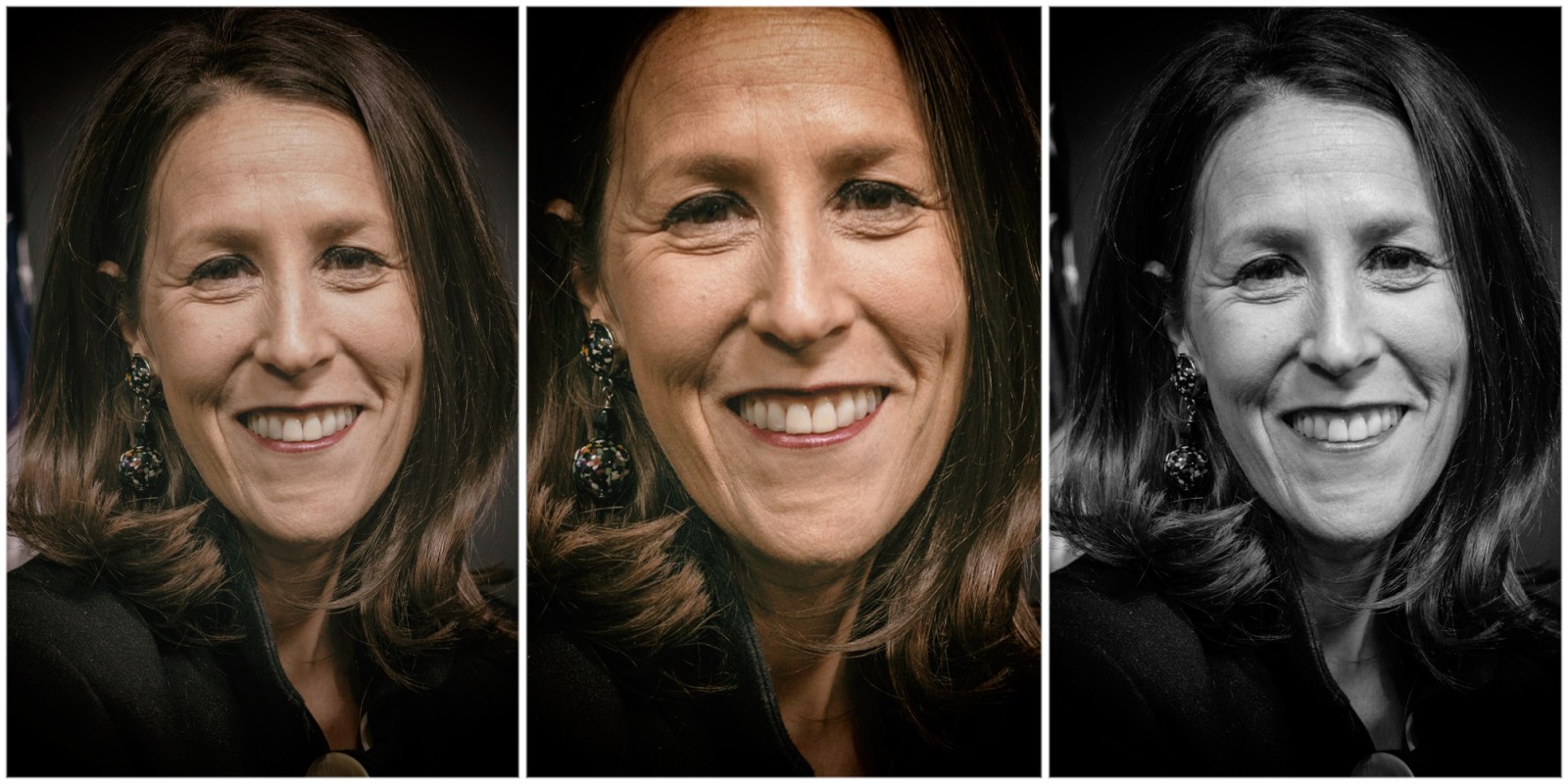 Jessica Lapenn, Ambassador to the African Union and Permanent Representative to the United Nations Economic Commission for Africa. (Photo: Wikimedia)

This month’s high-level engagement between AU Commission chairperson Moussa Faki Mahamat and US Secretary of State Antony Blinken has paved the way for Biden’s US-Africa summit later this year. Jessye Lapenn, US ambassador to the AU in Addis Ababa, told Daily Maverick that Faki had an intense and ‘rich’ engagement with the US leadership in Washington.

The African Union and the United States have rebooted their relations after a relative pause of two years induced by the Covid pandemic — and despite the war in Ukraine. The two sides launched intensified programmes of cooperation in health, climate, economic development and peace and security at a high-level meeting in Washington this month.

US Secretary of State Antony Blinken — taking a break from his intensive diplomatic efforts to stop the fighting in Ukraine — hosted a large AU delegation led by Moussa Faki Mahamat, chairperson of the African Union Commission.

The focus of the engagement was a memorandum of cooperation which Blinken and Faki signed to advance the partnership between the US and the Africa Centres for Disease Control and Prevention (Africa CDC) based in Addis Ababa.

The Africa CDC — under its able director Dr John Nkengasong — has been widely hailed for the way it led Africa’s response to the Ebola outbreak and especially the Covid-19 pandemic. President Joe Biden has nominated Nkengasong to be the new head of America’s Pepfar programme which fights HIV/Aids around the world. The appointment still has to be confirmed by the US Senate.

Jessye Lapenn, US ambassador to the AU in Addis Ababa, told Daily Maverick that Faki had an intense engagement with the US leadership in Washington, also meeting US National Security Adviser Jake Sullivan, USAID administrator Samantha Power and the Democratic and Republican heads of the Senate Foreign Relations Committee.

“So it was really rich. And US business hosted a dinner for him,” where the business leaders stressed the need for greater peace and security to enable trade and economic development, said Lapenn.

Health was at the core of the high-level AU-US engagement. The US has been deeply involved in the Africa CDC since its launch in January 2017 and its “extraordinary growth in capacity” since then, as Lapenn put it. Faki commended the US for being at the forefront of supporting the Africa CDC in fighting Ebola and especially Covid-19.

Lapenn said the memorandum which Faki and Blinken signed on cooperation between the US and the Africa CDC would further strengthen US involvement, ensuring all the relevant US agencies — including the Centres for Disease Control in Atlanta and the President’s Malaria Initiative — were working together.

Lapenn stressed that the aim was not to give control to the US agencies, but to ensure that the AU knew what the US was doing and vice versa.

Lapenn said the RCCS had been part of the Africa CDC since its launch, but the headquarters in Addis Ababa had been built up first and now the RCCs were being strengthened.

“For southern Africa, the RCC is in Lusaka. And so over the last year, we have also done some work to get the health teams at all our embassies in the region to connect into the RCC in Zambia. “

“We just want to make sure that whatever the AU structures, we’re plugging in so that we follow their lead and how they’re structuring. We want to be collaborating at every level.

Lapenn said the RCCs were really important for connectivity between national governments on the one side and policies, themes and discussions in Addis Ababa on the other.

The Faki/Blinken statement also stated the commitment of both the US and the AU to “enhancing Agoa beyond its current framework.” Agoa is the Africa Growth and Opportunity Act, a US law that since 2000 has allowed most exports of eligible African countries to enter the lucrative US market duty-free — without the African countries having to reciprocate the concession.

Agoa is due to expire in 2025, though it could be extended. Faki said after his meeting with Blinken that Agoa had been a good thing. “Maybe it has to be expanded and maybe deepened. But I believe that the old, present, and future relations with the United States and Africa demand that we go beyond Agoa.

“A continent of 30 million square kilometres with huge resources, natural resources, with a young population — women who are in the majority and are very enterprising — needs to be supported and needs investments. We have removed from our vocabulary this development aid.”

So Daily Maverick asked Lapenn if both the US and AU aimed to terminate Agoa in 2025 and replace it with conventional, reciprocal free trade area agreements with Africa’s regional economic communities — like SADC — or an FTA with the whole continent through the African Continental Free Trade Agreement (AfCFTA) which is in the process of being implemented.

Lapenn said there were “conversations” under way including in Congress about what to do about Agoa, but did not elaborate. However, she did say the US was looking for ways to boost and collaborate with Africa on the AfCFTA because the US believed it would boost intra-Africa trade and improve the continent economically.

“And we also think it will create a framework that is friendly and useful for US business because you’ll have consistent, transparent rules of the road across the continent.”

The War in Ukraine

Lapenn confirmed that Blinken and Faki had discussed the war in Ukraine, though she did not say if they had agreed on how to respond to the war — beyond confirming that the US “very much appreciated” the statement which Faki and the current rotating AU chairperson, Senegalese president Macky Sall had made just after Russian troops invaded Ukraine, calling on Russia to “imperatively respect international law, the territorial integrity and national sovereignty of Ukraine”.

“We talked a lot about our view of Russia’s war of choice, Putin’s very violent aggression against the Ukrainians. And really the principles behind the US view, which are sovereignty, territorial integrity, commitment to peaceful resolution of conflict. All of which are perfectly coinciding with the AU Charter.

“Also the significant implications of Russia’s war for the continent. The economic impact is already being felt and will continue to be felt. And so we’ve got real concerns on that.” In the joint statement, the US agreed to help Africa specifically with the food shortages that the Ukraine war is causing — and aggravating the already high pressure on African economies caused by Covid-19.

After meeting Blinken, Faki also urged US and wider indulgence of African countries to allow them to develop fossil fuels, especially gas, as a transition to renewable energy. Lapenn did not say if the US specifically supported or opposed that plea, but said the US was looking for ways to help Africa to manage and adapt to climate change. She noted that Africa would be hosting the annual UN climate conference this year, COP 27 in Egypt, which would create a platform for increased conversation and engagement with Africa about the impact of climate change.

The joint US-AUC statement noted — regarding Faki’s appeal for a pass on gas — that Africa’s priorities for COP27 included “just transitional and sustainable financing”.

Faki also noted that the intervention of foreign forces — presumably including from the US — had not produced results in Africa’s conflict zones like the Sahel where US, French and other foreign troops have been helping African governments to fight Islamist insurgents for years.

He said Africa was ready to mobilise its own troops, but needed help from the US and others with intelligence-sharing training, materiel and equipment. Daily Maverick asked Lapenn if the US took up the offer.

She replied that there had been no specific deployment agreement, but the two sides had had a “really intense and meaningful consultation on peace and security issues” including the Sahel, the Horn of Africa, which had been particularly useful.

And on all issues on the table, Lapenn said that after two years of Covid isolation, the personal, human and diplomatic interaction between the US and AU had been “intense, warm and so constructive”.

“From the US perspective, the AU chairperson has tremendous insights because he speaks all the time to African heads of state.”

So she said the exchange had been useful to inform US thinking ahead of the US-Africa leaders’ summit which the White House had announced would take place later this year. DM