This historic moment puts the global motor industry in... 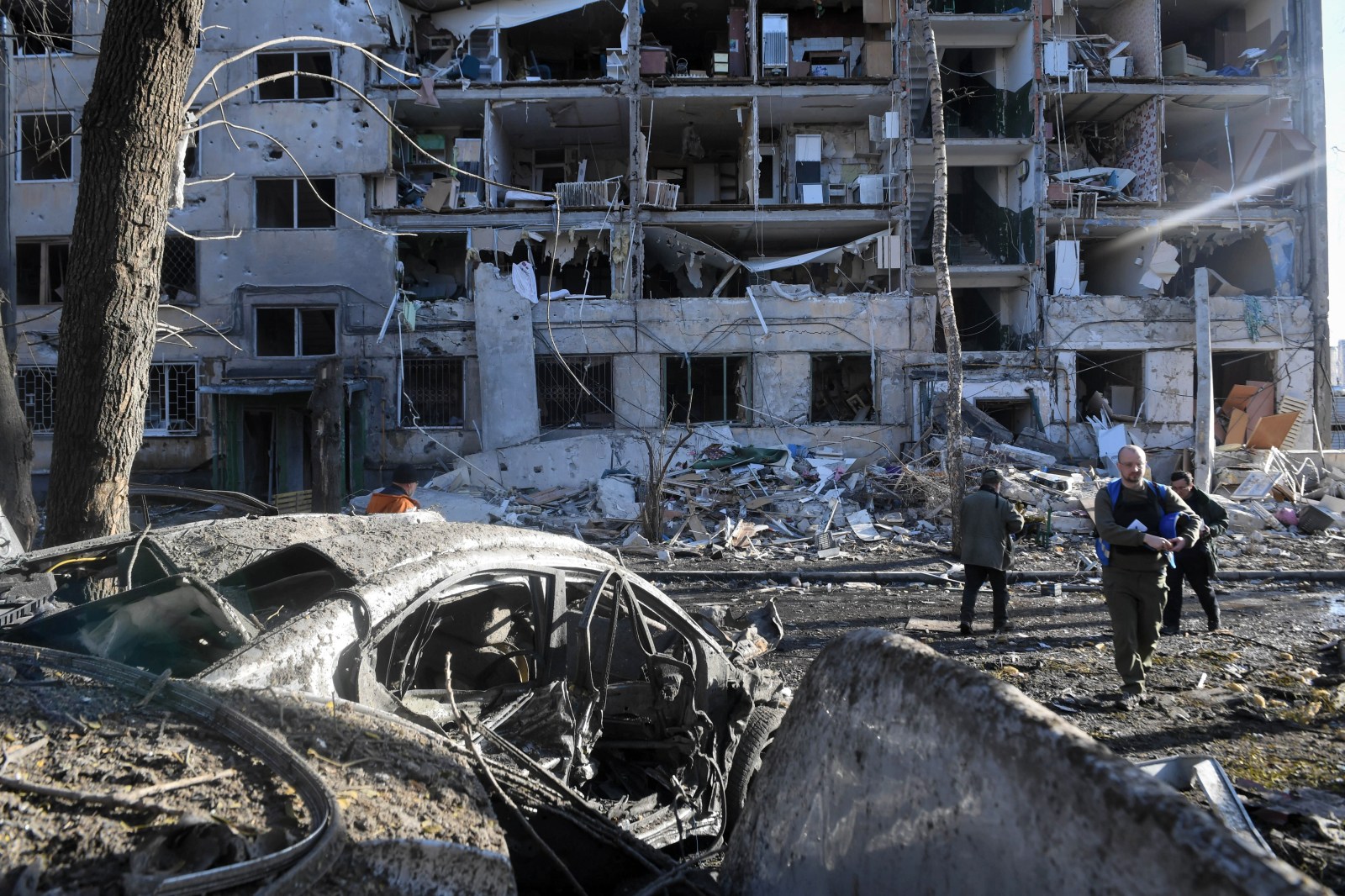 Despite my children’s claims to the opposite, I’m not that old. And yet I can remember, as a boy, visiting the British sector of Berlin and seeing East German border guards watching us with binoculars.

In the years since 1989, it does feel as though the West has got used to peace on its home turf. My generation of Europeans has grown up where it has been the norm, delivered by Nato and, to a degree, the EU. US presidents from Bush to Obama, Trump and Biden have all failed to persuade especially Germany that security only exists because Nato has the capacity – if not the inclination – for extraordinary violence.

Scenes of Russia demolishing European cities a day’s drive away from Berlin (Kyiv is closer to Berlin than Joburg is to Cape Town) has changed everything. Putin has persuaded where US president after US president has failed. Western unity and resolve has been surprising, seemingly organic, and the resultant economic assault it has unleashed on Russia is unprecedented and brutal.

It’s hard not to feel bad for ordinary Russians. The regression of their country after 30 years of global economic integration and the development of a dynamic middle class has taken just three weeks. It’s breathtaking.

Aside from the sheer ghastliness of what is happening to Ukrainians and their country, the scale of the miscalculation by Putin and backstage support of Chinese President Xi Jinping has been remarkable.

In explaining China’s surprisingly vigorous support for Putin in light of the country’s usually inviolable line on national sovereignty, The Economist quoted a Western diplomat in Beijing as saying that China “thought the West was decadent, and that Europe is a giant Disneyland where Chinese couples go on honeymoon”.

A month ago I would have at least understood the basis of the argument, but today we live in a world where Germany (Germany!) is ordering squadrons of American fighter jets  and sending antitank missiles to help an army in a European war. So is Sweden. Even Switzerland has turned off the taps for Putin and his friends. Xi and Putin will not have factored this into their calculations when they met to discuss the invasion of Ukraine during the Beijing Winter Olympics.

Russia will have bet that the West would respond as flaccidly as when China subjugated Hong Kong, and when Russia invaded Georgia. China’s long game to roll back democracy would have benefited from the quick envelopment of Kyiv into Putin’s gangster regime. It would probably have put the stops on what Russia (and useful idiots such as the South African government) frame as Nato’s expansion to the East.

In all likelihood, it has done the opposite. Nato is, after all, merely a defensive club of nations and has never invaded anything.

Local types interpreting the world through a simplistic anti-Western lens don’t like to talk about this, but if democratic eastern European countries want to join Nato, the question to ask is: what are they afraid of? The answer is currently stuck in Ukrainian mud, blasting firebombs into children’s hospitals and littering public spaces with cluster munitions. Little wonder they resort to base whataboutery.

With Xi looking to install himself as president for life later in the year, he may have made a miscalculation in his support for Putin’s war. The Russian army’s incompetence and corruption-ravaged technical failings will have surprised both Putin and Xi as much as the determination of the Ukrainian army. Xi will not enjoy being associated with failure at such a critical time. That’s because other factors are at play.

Evergrande’s default is the tip of a giant real estate developer’s debt nightmare in the Chinese economy. Quite how bad it all is will be clear after the reporting deadline at the end of the month. Additionally, real growth is, in China terms, tanking – with some estimates putting it at little over 5% this year. And that’s with stimulus taken into account.

Xi knows he risks being associated not only with Putin’s disaster in Ukraine, but also the economic fallout that will follow it.

All of this means that neither Putin nor Xi can afford anything that looks like defeat in Ukraine. For both leaders, it is an existential moment, and that makes the situation exceptionally dangerous for everyone, especially Ukrainian civilians.

This feels like a pivotal moment in history, perhaps the moment when the West realised that, for Russia and China, the war is always on: the meddling in democratic processes, chemical attacks in the UK, cyberattacks and the theft of IP, assassinations, the reneging on treaties, spying and so on.

It seems that the West has understood that security and wellbeing come at a cost. Reasserting its right to be free after so many years of appeasement may be very costly.

Quite how this all plays out is hard to see. We can predict inflation and food price spikes. We know that supply chains will take an altogether different hammering. In the motor industry, we can expect to see an ongoing and perhaps worsening shortage of new cars, as Ukraine-related production shutdowns hit factories around the world.

Volkswagen’s Herbert Diess said last week that the wiring harnesses sourced from Ukraine had overtaken semiconductors as the company’s major supply-chain headache. This is in addition to a fresh round of Covid-related lockdowns in China, which are likely to strain supply chains further. New car price inflation will spike; Tesla hiked prices twice during the course of last week.

There is now a battle playing out in Western countries as to how best to extricate from reliance on Russian oil and gas.

Options will include retaining nuclear power, drilling like hell, and switching to renewables and ramping up electric mobility.

Whatever prevails – and it may be a hybrid of all of the above in the interim – the car industry is once again in the eye of another crisis. Whatever happens, people want out of oil as soon as possible – and that has huge consequences if you build cars. DM168