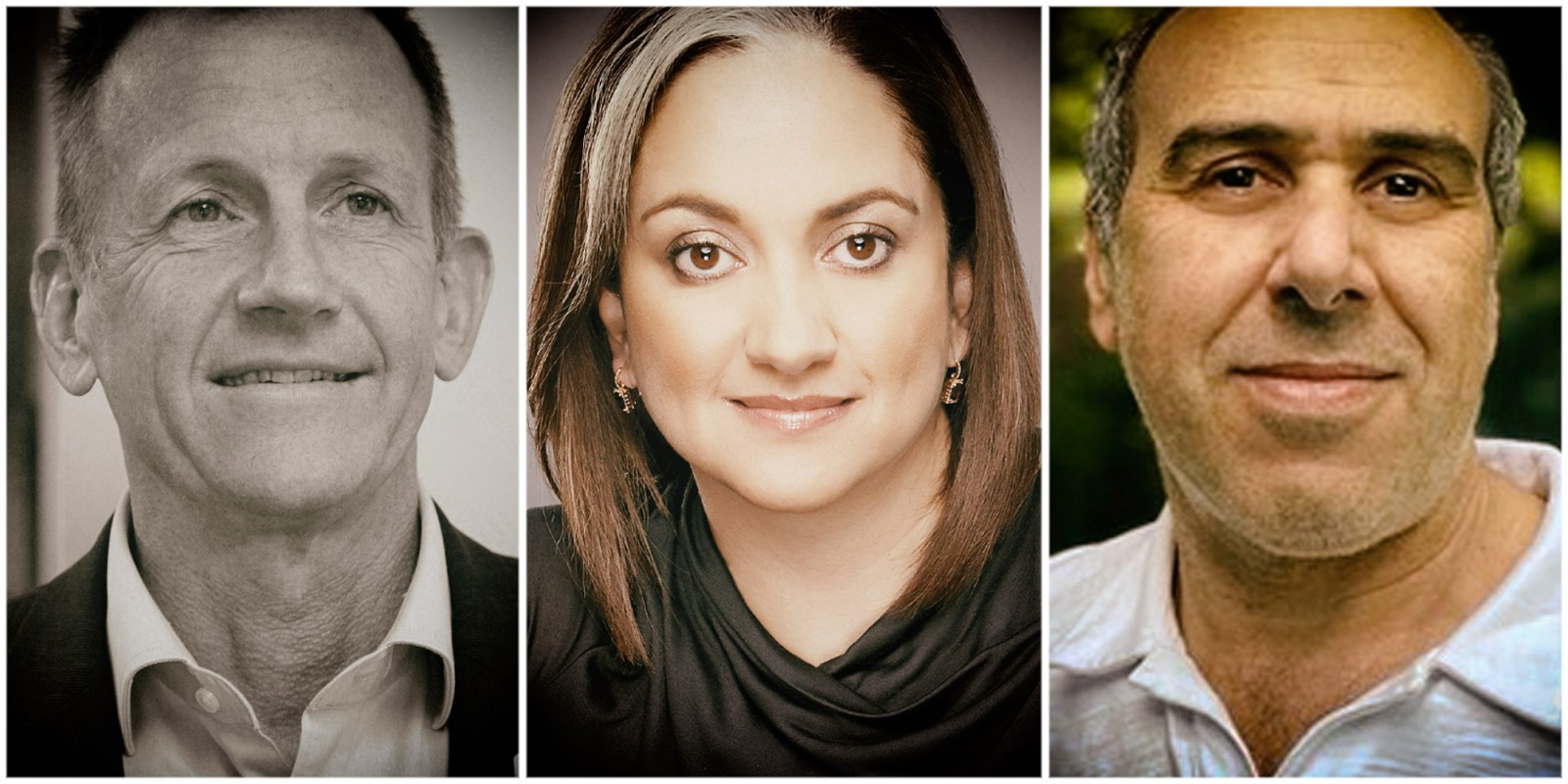 Rather than a ‘rebellion of the poor’, rising political protest in South Africa is probably the result of internal contestation in the ANC, new research seems to suggest. During a Daily Maverick webinar on Wednesday, panellists discussed the extent to which infighting within the governing party has become a national problem.

“I think, in some cases, the conflict in the ANC is structural. This is a contestation between various groupings within the ANC for access to resources and access to power, and I think that there was an attempt to manage that. It’s now vigorous, vicious and increasingly violent. It seems to me, it’s that struggle that is the major constraint on growth in the country,” said the director of the Government and Public Policy think-tank, Dr Ivor Chipkin, during a Daily Maverick webinar on Wednesday.

Chipkin, who is one of the authors of the report Dangerous elites: protest, conflict and the future of South Africa, joined the founder of the Institute for Security Studies (ISS), Dr Jakkie Cilliers, and the webinar’s host, Daily Maverick associate editor Ferial Haffajee, to discuss political protest action and South Africa’s “Putin moment”.

Chipkin and Cilliers, both of whom were involved in the exploratory research, explained that the report indicates the extent to which contestation within the ANC has become unmanageable through its own structures and has turned into a national issue.

Chipkin explained that, to their “great surprise”, the researchers found that from about 2007 to 2011, protest activity in South Africa had increased significantly.

“The number and intensity of protest activity just goes through the roof,” he said.

The term that’s often used to describe that huge rise in protest activity is a “rebellion of the poor”, which was spurred by the broad economic crisis in South Africa, added Chipkin.

A substantial amount of fieldwork has shown that, in effect, in most of South Africa, the ANC is both the governing party and a large part of civil society.

This means that when people have frustrations with their socioeconomic circumstances, they often express that anger through and in ANC branches, culminating in a large portion of protest that gets expressed through the ANC, explained Chipkin.

“What we’ve argued is that from around 2009, those legitimate, genuine, sincere expressions of deterioration of material circumstances got captured or subsumed into the internal conflicts of the ANC,” said Chipkin.

“Rather than a rebellion of the poor, the rise in conflicts since 2009 appears to be strongly linked to revolts in the ANC.”

However, following the period of rapidly increasing protest action, the research shows that from around 2012, protest activity in South Africa began to stabilise.

“The stabilisation is especially interesting because it coincides with the Jacob Zuma presidency. This presidency we have come to know, or associate as the period of State Capture – it’s a period of the hollowing out of state institutions, and a real catastrophic decline in state performance at all levels,” said Chipkin.

“You would imagine that, in those circumstances, protest action would go through the roof. But, instead, the exact opposite happened – it stabilises during that period.”

This period is what Chipkin calls the “Putin moment”.

What the researchers have essentially argued in the report is that “the Jacob Zuma period is associated with bringing protest under control politically”, in the same way that President Vladimir Putin in Russia has managed internal chaos during the post-Soviet transition, by bringing it under control using profoundly autocratic means, corruption to pay off elites and assassination.

The Putin moment “is an attempt, we’ve argued in the report, on the basis of the modelling of the data – to try and explain the paradox of why protest stabilises during that period associated with the Zuma presidency, when things are really falling apart,” said Chipkin.

A huge increase in assassinations during this period indicated that “a large degree of intimidation and violence” had played a key role in bringing protest under control politically, said Chipkin.

The period of protest stabilisation under Zuma suggests he was bringing internal contestation within the ANC, and more widely, under control “by using patronage and violence and intimidation to manage conflict”.

Following the Putin moment, from the end of 2017, the research shows that protest activity began to skyrocket again at an “unprecedented” rate.

This coincided with the end of the Zuma era, and the start of Cyril Ramaphosa’s presidency in February 2018. Since then, protest action in South Africa has continued to increase.

Chipkin explained that while Zuma controlled the infighting within the ANC largely through patronage and repression, the spike in protests from the end of 2017 suggests Ramaphosa does not intend to use the same autocratic power as his predecessor.

“President Cyril Ramaphosa is a democrat, and I think he’s loath to use corruption and violence in the way in which his predecessor may have been prepared to and, as a result, the internal contestation within the ANC is robust and potentially out of control again,” said Chipkin.

Cilliers explained that rather than using the control tactics of Zuma, Ramaphosa is trying to manage internal ANC disputes by rebuilding institutions weakened through State Capture.

“The taps of state misuse within the security agencies, police and intelligence misuse and state funding – those taps have been turned off. So we are in a very different situation from where we were in 2017, but the legacy of that carries on,” said Cilliers.

“After President Ramaphosa took over, he’s started turning those taps off, he’s trying to resuscitate what is left of the criminal justice system and the security sector.”

This means that the internal struggle for power, access to state resources and contracts at a provincial level is declining.

“We clearly see that the size of the ANC cake is declining,” said Cilliers.

However, this fight for “access and power” and infighting in the party is not going to change as we head towards the ANC electoral conference in December. DM