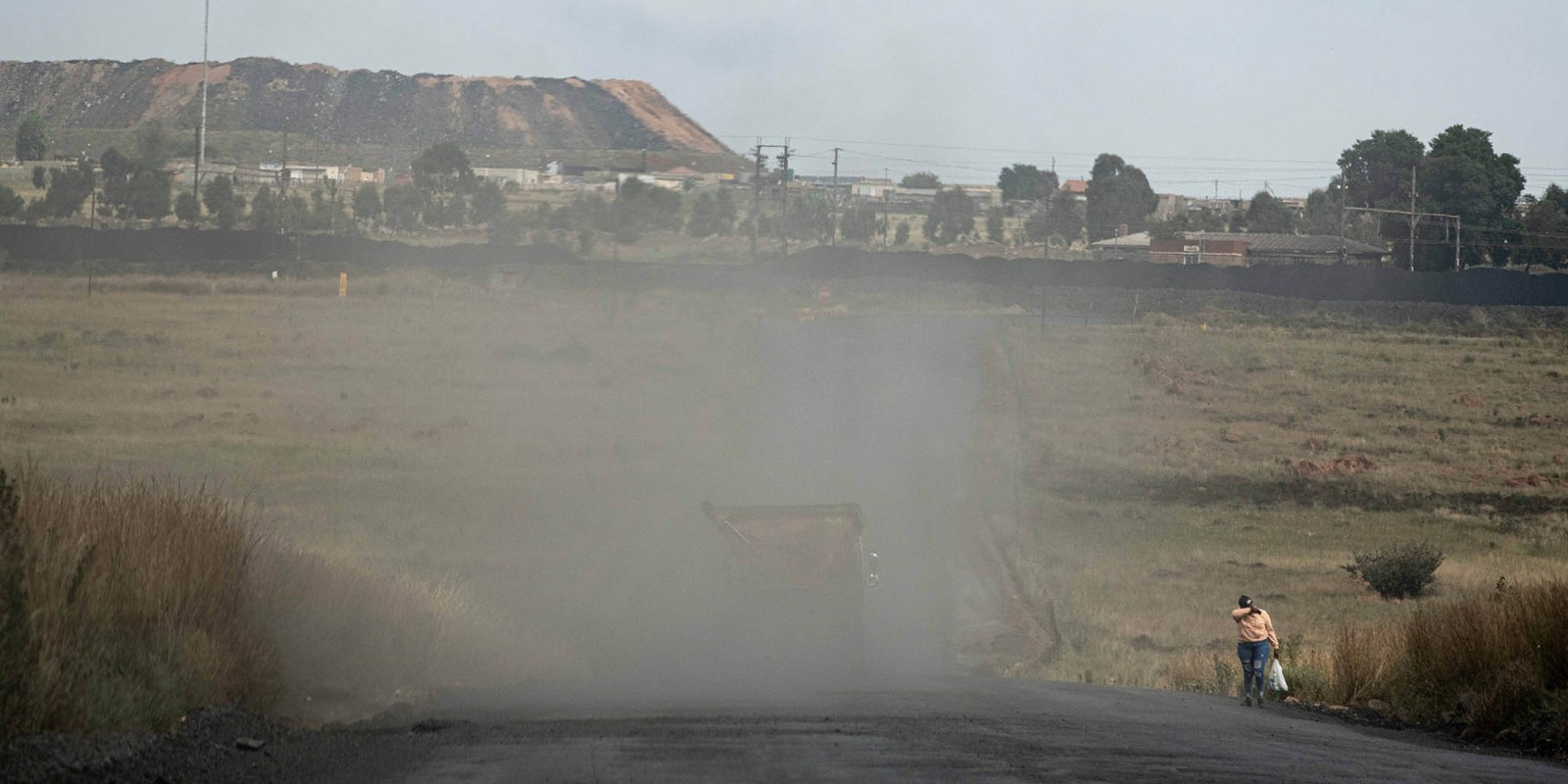 ‘Your move, Minister Creecy!’ It might not be checkmate just yet, but Environment Minister Barbara Creecy will no doubt be pondering her next move very carefully in the long game of legal chess involving killer levels of industrial air pollution on the Mpumalanga highveld and other pollution hotspots nationwide.

Environment Minister Barbara Creecy and her senior officials took a thumping (at least from a legal standpoint) late last week when the Pretoria High Court ruled strongly against the national custodian of environmental affairs in the landmark “Deadly Air” case — and against her co-respondents, President Cyril Ramaphosa, the National Air Quality Officer and the heads of the provincial environment departments of Gauteng and Mpumalanga.

Judge Colleen Collis granted a raft of tough court orders in favour of two environmental justice groups that turned to the courts to compel the government to uphold the constitutional right of every South African to “an environment that is not harmful to their health and wellbeing”.

At a media briefing on 24 March, Centre for Environmental Rights (CER) attorney Tim Lloyd said there was no clear indication yet on whether Creecy and her co-respondents would lodge an appeal against all or parts of the judgment, which has been described as one of the most significant legal rulings in South Africa on human rights and environmental justice in decades.

Lloyd said the CER was still coming to terms with all the possible implications of the ruling and was not able to predict exactly how events could play out over the coming months and years, now that the government has been put on terms to take more effective action against at least 12 Eskom coal-burning plants, the Sasol fuel refinery in Secunda and other major air polluters in the Highveld Priority Area.

Tshepang Molefe of the activist group groundWork, had a strong message for Creecy, warning that she would be seen as “undemocratic” if she opted for a further round of legal warfare.

“If anyone appealed a ruling like this, it would be like saying that there is something wrong with the Bill of Rights.”

Robyn Hugo, an attorney and director of the Just Share shareholder activist group, has also urged Creecy to think carefully about appealing against the ruling — asking what message this would send to the public about her role as the minister constitutionally mandated to protect people’s health and wellbeing.

All the same, Creecy has been walking something of a tightrope on this issue since her appointment in May 2019, partly due to assertions by Eskom that it is unaffordable to reduce emissions or to curb harmful dust levels from its ageing fleet of coal-fired power stations.

Though her department published draft regulations earlier this year proposing legal penalties and other measures to compel polluters to reduce emission levels, the fact that she and her department opposed the Deadly Air court case provides a strong indication that she may still opt to fight it out further in a higher court.

In response to questions on whether Creecy, Cabinet colleagues and other interest groups might simply fail to take effective action against big polluters, Molefe said he hoped the government would not opt for further battles, but rather view the ruling as an opportunity to move away from old ways of thinking and to act more decisively in the interests of people and the environment.

Even in polluted areas that had not been designated officially as priority areas, the Deadly Air ruling would also provide similar tools to tamp down emissions because the government’s ambient (outdoor) air quality standards were applicable nationwide.

Melissa Fourie, the former head of the Green Scorpions enforcement unit who left government to establish the CER, suggested that the court ruling was not simply about air pollution, but also about continued human rights violations.

Fourie said there had been “dramatic, shocking evidence” presented during the court case on the negative health impacts on communities, from when babies were still in the womb. This was reinforcing generational patterns of poverty by taking sick children out of classrooms due to pollution-related diseases such as asthma, emphysema, bronchitis, tuberculosis and cancer.

“So we have to find an optimal way forward for these power plants,” she said, including the options of early decommissioning, rehabilitation measures or by “supersizing” the rapid development of renewable energy alternatives.

Though no specific court orders were sought against Ramaphosa directly, the community litigants nevertheless decided to cite him as a respondent “in his official capacity as the head of the national executive with overall responsibility for coordinating the functions of state departments and administrations”.

In their founding affidavit, activist groups groundWork and Vukani Environmental Justice Alliance said: “The President is cited for such interest as he may have in this matter. The nature of this application involves a constitutional breach and has far-reaching impacts.

“The urgent reduction of air pollution in the Highveld Priority Area requires cooperative governance across a range of government departments and levels of government. This is a matter of national interest.”

While it may be early days to proclaim a meaningful victory for communities literally at the coalface of choking air pollution, eMalahleni resident Promise Mabilo had this to say in a video message for Ramaphosa and his Cabinet.

“I wish that the government can take into consideration that this (health problem) is real.”

Recalling cases of local parents being advised by doctors to take their children away permanently from the eMalahleni (Witbank) area to protect their sick children’s lives, Mabilo said: “They (government) are the ones who are up there to decide… and who can take serious actions that will save the people of the High Priority Areas. Let them consider the right thing.” DM