Is SA on course to solve its TB diagnosis problem? 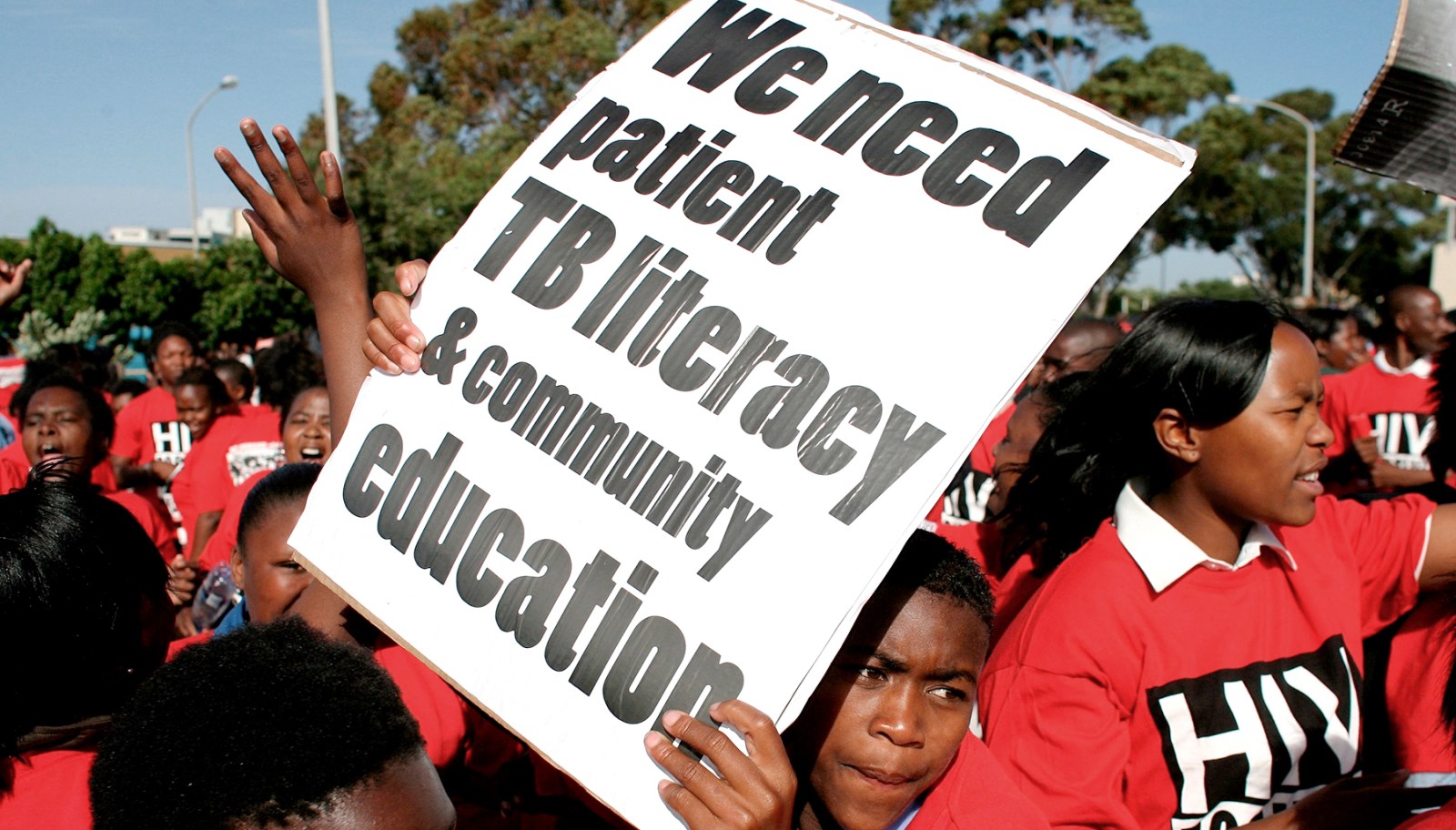 It is estimated that over 100,000 of the over 300,000 people who fall ill with tuberculosis in South Africa every year are not diagnosed. (Photo: EPA / Nic Bothma)

It is estimated that over 100,000 of the over 300,000 people who fall ill with tuberculosis in South Africa every year are not diagnosed. As a result, improving tuberculosis screening and testing has become a high priority in South Africa’s tuberculosis response. Coinciding with World TB Day 2022, Spotlight editor Marcus Low examines new information shared by the National Department of Health and assesses the state of the country’s TB case-finding efforts.

In February 2021, findings from South Africa’s first National Tuberculosis Prevalence Survey were made public after delays of about a year. The survey confirmed something that has been suspected for some time — that large numbers of people who fall ill with tuberculosis (TB) in South Africa are not being diagnosed. This is firstly harmful to the health of the people who are not being diagnosed, but it is also a major obstacle to reducing the rate of new infections in the country since people who are not diagnosed and not on treatment remain infectious for much longer.

According to Dr Norbert Ndjeka, Director of Drug-Resistant TB, TB, and HIV in the National Department of Health, just over 208,000 cases of TB were diagnosed in South Africa in 2020.

This is an encouragingly ambitious target.

While there are good reasons to be sceptical of government’s ability to meet this target, there are also encouraging signs that government is at least planning to implement a set of evidence-based interventions that should help get us closer to this target if properly funded and implemented.

Ndjeka sets out how they will go about meeting this target as follows:

All of these interventions are worth unpacking but in this article, we’ll focus on the two we think have the most potential to shift the needle.

In general, people in South Africa only get TB tests if they have TB symptoms. Though performance will differ between facilities and districts, there is some evidence that symptom screening sometimes simply isn’t done, or not done properly. Programmes aimed at boosting TB screening at health facilities are thus urgently needed — mobile phone TB screening apps may also help.

But, apart from gaps in how we do symptom screening, the TB Prevalence survey also made it clear that many people who have TB may have too few symptoms or may not have severe enough symptoms to be picked up during screening. Such people can be infectious and may well develop more serious disease later on. A shift away from the current over-reliance on symptom screening thus seems warranted.

One approach is to offer people in high-risk groups TB tests irrespective of symptoms. Last year, Spotlight reported on a study that found such a targeted universal testing (TUT) strategy increased TB case detection by 17%. In the study, TB tests were offered to people living with HIV, close contacts of people with TB, and people who had TB in the last two years — whether or not they had symptoms.

According to Ndjeka, TUT has already been piloted in some Global Fund-supported districts. “We shall scale up during the course of the next financial year starting 1 April 2022,” he says.

At one level, the progression over the last year from study findings to pilots and now wider scale-up sounds exemplary (although we’d like to see a report published on the pilot). As with much else though, much of the success from here on will depend on whether provincial health departments and the National Health Laboratory Service (NHLS) is able to implement the strategy.

In facilities, TUT will mean a fundamental change to how TB is screened and tested — something that will require a significant change in day-to-day practice for healthcare workers. For the NHLS, the programme could mean a dramatic increase in the number of TB tests they are asked to process. The success of the TUT scale-up will also depend on factors such as the state of our TB data systems and the level of support people with TB are provided with at primary healthcare level — both areas in need of much more investment.

Of the 234 people found to have TB in the TB prevalence survey, more than half (around 58%) had abnormal X-rays without having any TB symptoms. Findings like these suggest that X-ray screening can play a critical role in detecting more cases of TB quicker. There has been particular excitement about new mobile X-ray screening technology, essentially a van with an X-ray machine in the back, that can make screening available in the community without requiring clinic visits. After an X-ray suggestive of TB, a person will still require a TB test to confirm the diagnosis.

As Spotlight reported last year, government launched a series of mobile X-ray screening pilot projects in response to the survey findings. Again, the link between evidence and pilot project is promising. Progress since then has, however, been underwhelming.

“The procurement of the seven mobile vans for piloting the digital X-ray screening in the community in the nine Global Fund-supported districts was supposed to take place in Q9 (April — June 2021), however, due to delays with the tender processes this was only done in Q10 (August 2021),” Ndjeka tells Spotlight when asked about progress with the pilots. “Delivery of these vans was done only in February 2022 due to further delays associated with manufacturing and obtaining the Radiation Licensing from the South African Health Products Regulatory Authority (Sahpra). With the above reasons, the piloting of the community screening was, therefore, started recently and no results can be shared. An evaluation will be conducted and results shared as part of the New Global Fund grant.”

This suggests that mobile X-ray screening will, for now, remain limited to a few pilot projects and is unlikely to contribute much to reaching the case-finding target in the coming year.

There has, however, been more progress with another kind of facility-based X-ray technology. “It should be noted that 15 movable digital chest X-ray containers were placed in health facilities to pilot screening of health facilities attendees from August 2020. An evaluation of that pilot is currently underway,” says Ndjeka. (Movable here refers to movable within the facility and not to the type of mobile screening described in the previous paragraphs.)

Spotlight previously reported on exciting developments using machine learning to interpret chest X-rays. Given these new technologies, an expanded X-ray screening programme would not necessarily require many more radiographers but that does not mean it will be easy to implement. For now, it is critically important that the pilot projects proceed, that they are well monitored, and that detailed reports on these pilots are published as soon as possible. This is critical, since as with TUT, the obvious potential of these new approaches is one thing, figuring out how to optimally implement it in our stretched and over-burdened healthcare system is another thing entirely. DM/MC