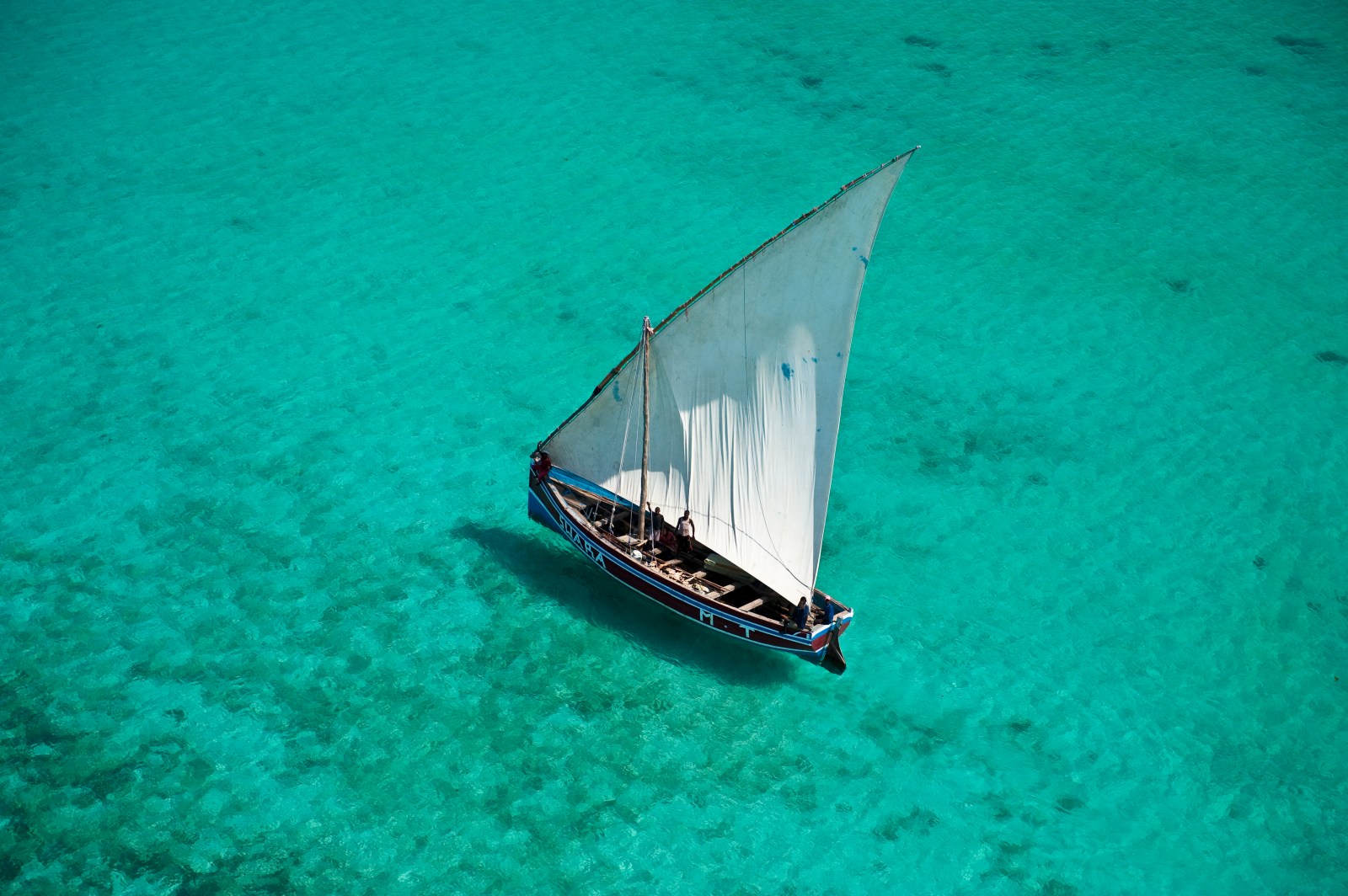 A mashua in the Quirimbas Archipelago, off the northern coast of Mozambique. Image: Justin Fox

Looking seaward from almost any shore between northern Moçambique and the Red Sea, you’re likely to see the triangular white wing of a wooden craft cleaving the horizon. Mark it well, for its time may be passing.

In the beginning, they were small. Mere dugout canoes with square sails and outriggers, carrying five or six Waqwaqs, those mysterious third-century cannibals and traders who were to discover Madagascar.

But the distances these tiny craft covered were prodigious: from Indonesia across the Bay of Bengal to Galle in Ceylon, northwest to Calicut, then across the southern rim of the Arabian Sea to the Horn of Africa and down to Zanzibar and Madagascar.

A few centuries later great Chinese junks were to follow them. These floating fortresses were likened to ‘swimming dragons’ and were equipped with bombards — “wonder-working long-range awe-inspiring cannon”, to quote one source. They were considered ‘Star Rafts’, so named because it was believed that if a ship sailed far enough it would eventually leave the earth, reach the Milky Way and come to a galactic city wherein sat a maiden spinning.

But if the East was first to sail the western boundaries of the Indian Ocean, it was the Arabs of the north who were to have the most lasting influence on both the culture of East Africa and the boats that were to ply its coastline. The reason had to do with geography and wind.

For almost a thousand years following the fall of the Roman Empire, civilisation on the east coast of Zanj (a medieval Arabic term referring to Africa) was to prosper and be ruled by the steady seasonal hand of the monsoons. The name of these beneficial winds comes from the Arabic mawsim, meaning ‘season’. For six months they blow one way then, for the other half of the year, they reverse direction.

Sea captains of old might not have understood why the monsoons happened — how colder air was being sucked northwards over the ocean in summer towards the hot lands of Asia, then southwards from the Himalayas and the Indian plains in winter. For them it was sufficient that the winds came on time, year in and year out, to fill their sails.

From the north in the holds of their eccentric craft came bricks and tiles from the coast of Kutch, dates from Iran, fish from Dubai, Oman and the Mahrah coast, carved chests, silverware and carpets from Arabia and salt from Aden and Berbera. On their return trips, the dhows carried ivory, woods, gold, exotic beasts and slaves.

Today a memory of the early Waqwaq vessels can be seen in the tiny, outrigged ngalawas which ply the islands and shoreline of the east coast. But the most impressive craft are undoubtedly the working dhows with their striking lateen sails.

Until recently these vessels were constructed entirely without nails, being ‘sewn’ with coconut cordage and pegged by wooden dowels to ribs hacked out of crooks of mangrove logs. As all rigs are lateen — short masts supporting a long spar onto which the sail is lashed — dhows are distinguished by their frame shape.

The most common is the boom, double-enders up to 70 metres long with a single log keel. This is the most ancient shape, some speculating that it was the form used by Noah for his Ark. Like all other dhows, accommodation is on deck, with cargo-carrying holds below.

Their crews are a rough crowd of canny seamen, mostly Muslim and always highly superstitious. It’s possible (and well worth the discomfort) to hitch a ride on one of these crafts, but it’s difficult if you’re female. Women passengers — especially of the faith — are expected to observe strict purdah and are often locked in a small cabin for the entire journey.

But time is running out for the last of the inter-continental dhow fleets. Fewer and fewer wooden ships sail the monsoon cycle, their trade usurped by freighters and their crews lured away by more secure, less dangerous employment.

As the fleets dwindle skills are lost, iron replaces wood, nylon supplants canvas. Within a generation, the salt-hardened men in weathered dhows who pray to Mecca and scan the horizon for Jeddah, Mombasa or Zanzibar may be but a memory. DM/ ML