Ignoring past lessons will cost the people and the prec... 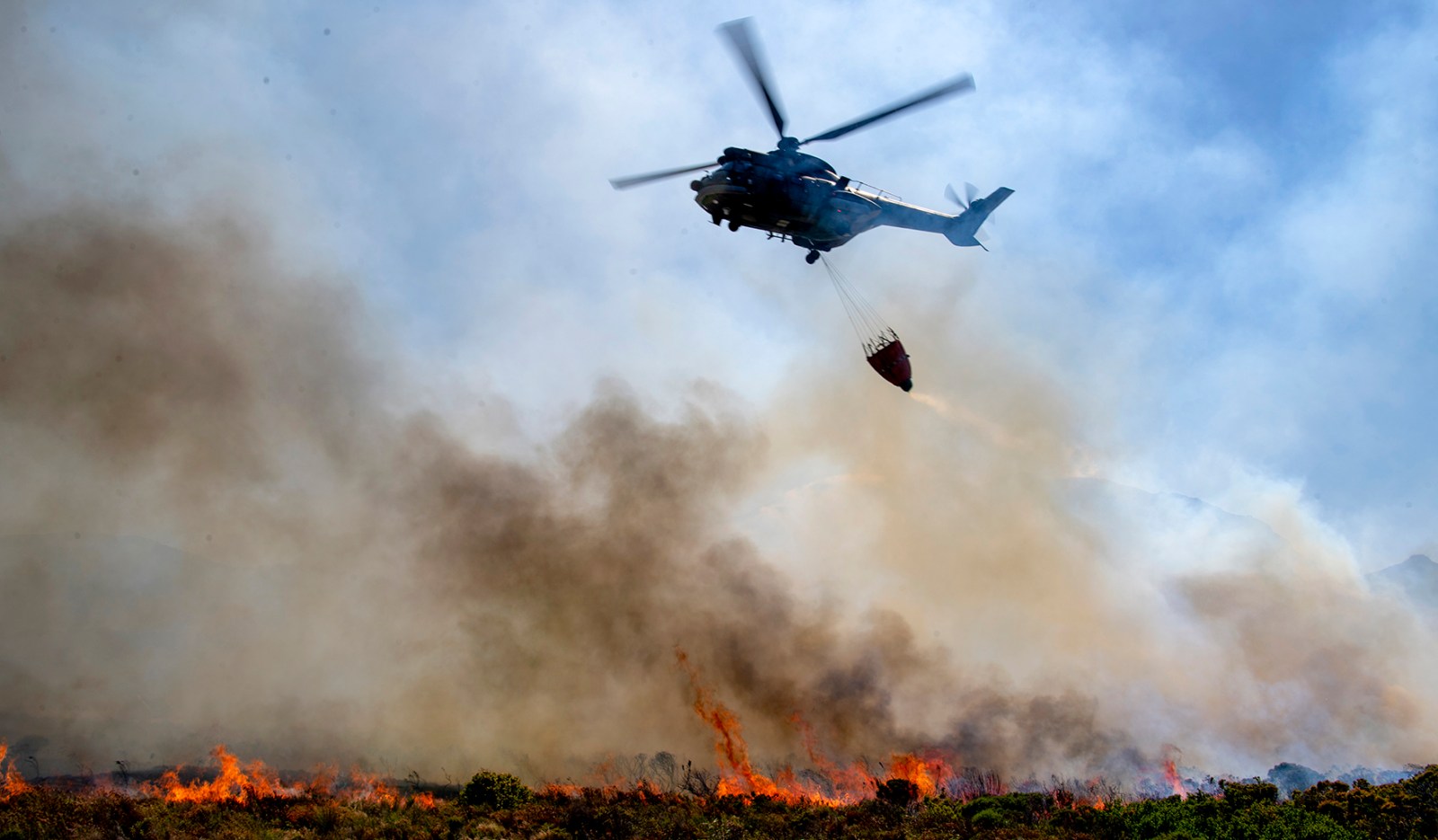 Early on Saturday, 8 January 2022, three years to the day after the devastating fires in the area near Betty’s Bay, a fire broke out in a deserted forested area right next to the Kogelberg biosphere. As it spread it burnt down the plantation, and intensified into the fynbos.

Before it could be contained, more than 5,000 hectares (the equivalent of almost 12,500 football pitches!) of the Kogelberg world heritage biosphere, the biggest floral biodiversity to be found anywhere on Earth, was burnt.

It is painfully clear that the lessons from the devastating Betty’s Bay fire of 2019 were not taken seriously enough and not enough is being done by those responsible to safeguard this precious region. This fire has exposed the lack of sufficient collaboration and communication between CapeNature, the Department of Forestry, Fisheries and the Environment (DFFE), Working on Fire and the District Municipality.

On the scene, tragic mistakes were made which cost dearly. CapeNature was warned that, since a strong easterly wind was predicted, the situation could get worse and spread all the way to Perdeberg and Betty’s Bay, but helicopters only arrived after some hours, losing the opportunity to contain the fire early and effectively.

As a result, three days later, choppers were still flying to douse the flames and hotspots, at huge expense.

Firebreaks to protect Kleinmond were only made on the Monday, after the fire broke out, and done in such a poor manner that the entire fynbos reserve next to the town, at Drie Susters and Jean’s Hill, burnt down as well, creating an apocalyptic scene of scorched earth as you drive for kilometres along the coast towards Hermanus.

This travesty could have been avoided if efforts had been made after previous fires, with clear plans and delegated responsibilities. While the authorities are working hard to recognise the intrinsic value and purpose of our fynbos ecosystems, especially the Kogelberg biosphere, more needs to be done to cut through the red tape and ensure good working relationships to prevent further unacceptable fires.

Fynbos is a fire-based ecosystem and it is meant to burn. However, due to human interference, fires have been too frequent and too extensive, creating local species extinction events, which will have long term impacts. Fires of this magnitude are devastating to the animal, reptile, bird and mammal populations, and at this frequency of burns, plants and seed banks are depleted.

This is the third fire since 2016 in the area. As our climate changes due to our overuse of fossil fuels, higher temperatures and more extreme weather will continue to seriously exacerbate our capacity to manage fires in the Cape region.

We believe, to avoid this ongoing fire devastation, a transparent management plan of the area that engages local stakeholders to be a part of the solution, creates opportunities, and looks at how to handle fires, is needed. DFFE must also provide feedback on how it sees the future of plantation forests and clarify its plans for handling the current unregulated harvesting of old forestry areas.

Clear responsibilities on how the chain of command works to prevent, and where necessary urgently manage, fire emergencies is lacking. This includes effective deployment of helicopters as well as the proactive management of sensitive areas.

Other examples of well-managed fynbos include the management of firebreaks, controlled burning of certain areas alongside the eradication of alien plants and trees. All of these activities should all be seen as part of a wider, more inclusive development plan that contributes to poverty alleviation and job creation in areas vulnerable to fire.

Land claims and the situation at Knoflokskraal in the mountains above the Kogelberg biosphere are inextricably linked to fynbos and fire management. A workable solution must be found for the Khoi people who already inhabit large amounts of DFFE land as a part of their land claim. This site and the forest lands in the surrounds are not being managed effectively by DFFE or other local authorities, and they are situated right in the middle of highly sensitive agricultural and eco-sensitive land, and it is a socioeconomic and environmental tinderbox.

It is important to acknowledge that CapeNature inherited a vast piece of plantation and fynbos without the provision of additional resources to manage it, and recent fires point to the fact that they do not currently have the capacity to manage it properly.

We feel that, to better protect the area, they should seek help, publicly flag this as an area that needs additional resources and let the public know what they intend to do, in a way that engages concerned stakeholders. This way the local communities can also play a constructive role in the protection of the area.

As people of faith, we are very concerned about the lack of provision of land, housing and basic services that is creating a downward spiral, leaving communities reliant on local natural resources for energy and at risk.

This local tragedy is a microcosm, a reflection of the global challenges we face, as we continue to race towards the climate crisis without a pause.  How can we learn to live more lightly on the earth with less destruction of fellow humans and the broader community of life with whom we share this precious planet? Our future depends on it. DM/MC

On behalf of the Southern African Faith Communities’ Environment Institute.