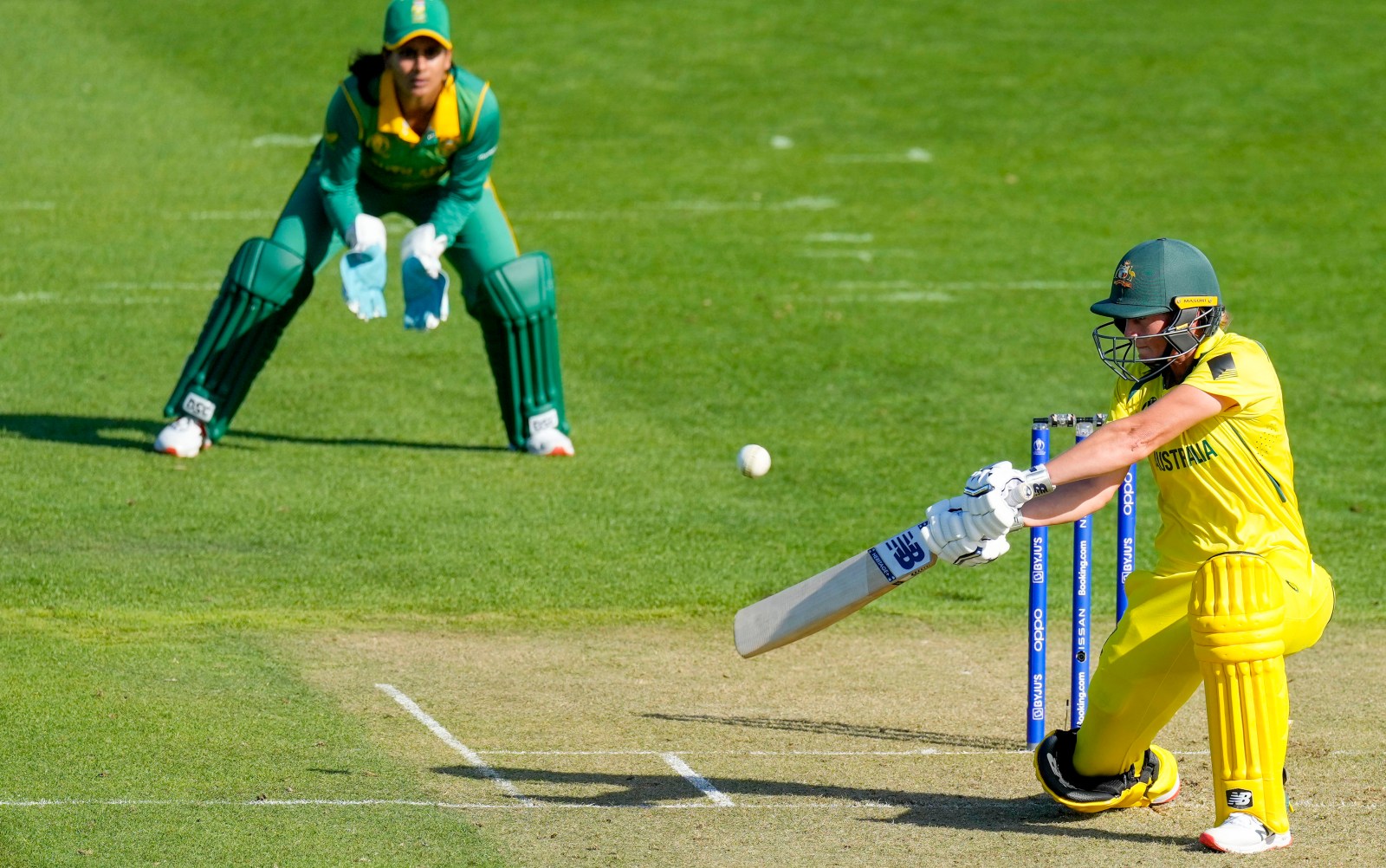 An unbeaten 135 from Australia’s premier batter Meg Lanning off only 130 balls, steered her side to a comfortable five-wicket win over South Africa at the Women’s World Cup in New Zealand.

This was the Proteas’ first loss in their fifth match at the tournament, and despite the setback they remain firmly on track for a semifinal berth. Australia won their sixth consecutive match and had already booked their place in the last four going into the contest.

South Africa need one more win to guarantee their place in the last four and they have two group games against the West Indies and India to come to secure their first objective of reaching the playoffs.

Batting first, the Proteas posted a formidable 271 for five in their allotted 50 overs as Laura Wolvaardt top-scored with 90 from 134 balls while captain Sune Luus added 52 off 51 balls. It was Wolvaardt’s fourth consecutive half-century at the tournament.

It provided the foundation for a good score, but against a powerful Australian batting line-up it needed to be backed up by quality bowling and exceptional fielding.

South Africa failed in both departments, dropping six catches in total and failing to take a chance to dismiss Lanning when she was on seven. Lanning edged the ball and wicketkeeper Trisha Chetty reacted too slowly, failing to dive as the ball sped to the boundary.

It was a theme that repeated itself through the innings as the Proteas failed to keep Australia under pressure with sharp fielding. Aussie batter Talia McGrath was dropped twice on her way to 32, as she shared a crucial 93-run fourth wicket stand with Lanning. That was a vital partnership in the context of the result.

The unfortunate Shabnim Ismail aside, who claimed two for 33, the Proteas’ bowling lacked a cutting edge, which will leave coach Hilton Moreeng with some problems to ponder in the coming days.

“I think we had a great first innings and 270 was par,” Luus said after the match. “It is nice to contribute and the batters coming after us are also contributing, which helps us set big totals.

“But Meg was excellent. It’s always a difficult one, but on another day the bowling attack would have defended that.

“We just lost it a bit on the field, probably lost a bit of focus. We will discuss it after the game and won’t repeat it. (Shabnim) Ismail bowled extremely well and was hitting Chetty’s gloves hard.”

The Proteas batters put on an 88-opening stand, the highest in the World Cup against Australia, which included a welcome return to form for Lizelle Lee, who scored 36 from 44 balls.

Down the order, Marizanne Kapp added a typically brisk 30 off 21 balls and vice-captain Chloe Tryon chipped in with 17 not out from nine balls, leaving Australia to chase a tough target.

“Australia is a quality side and they are the No 1-ranked team in the world for a reason,” Tryon said after the match. “But we needed to be at our best today and we weren’t in the second half of the match.

“We were happy with the batting and I loved the intent the girls had. We could have done better in the field though. There were too many dropped catches and we bowled both sides of the wicket too often. But I don’t think the gap between Australia and the rest is that big.”

The Proteas went into the match without leading bowler Masabata Klass, who missed out with a shoulder injury. Her replacement, Tumi Sekhukhune, failed to settle as the Australian batters targeted her specifically. The unfortunate Sekhukhune went for 68 runs in just seven overs.

Kapp, unusually, failed to take a wicket in eight overs and the normally parsimonious Ayabonga Khaka also went at 5.14 runs per over.

“This is not the end of the world, and we still have two games and two chances against the West Indies and India to qualify for the semifinals,” Tryon said.

“Australia is a very consistent team. We have taken a lot from them and we will take these lessons into our next game.” DM