As the Russians lay waste to Ukraine, I fear for Lviv – a city etched in my bones and embedded in my heart 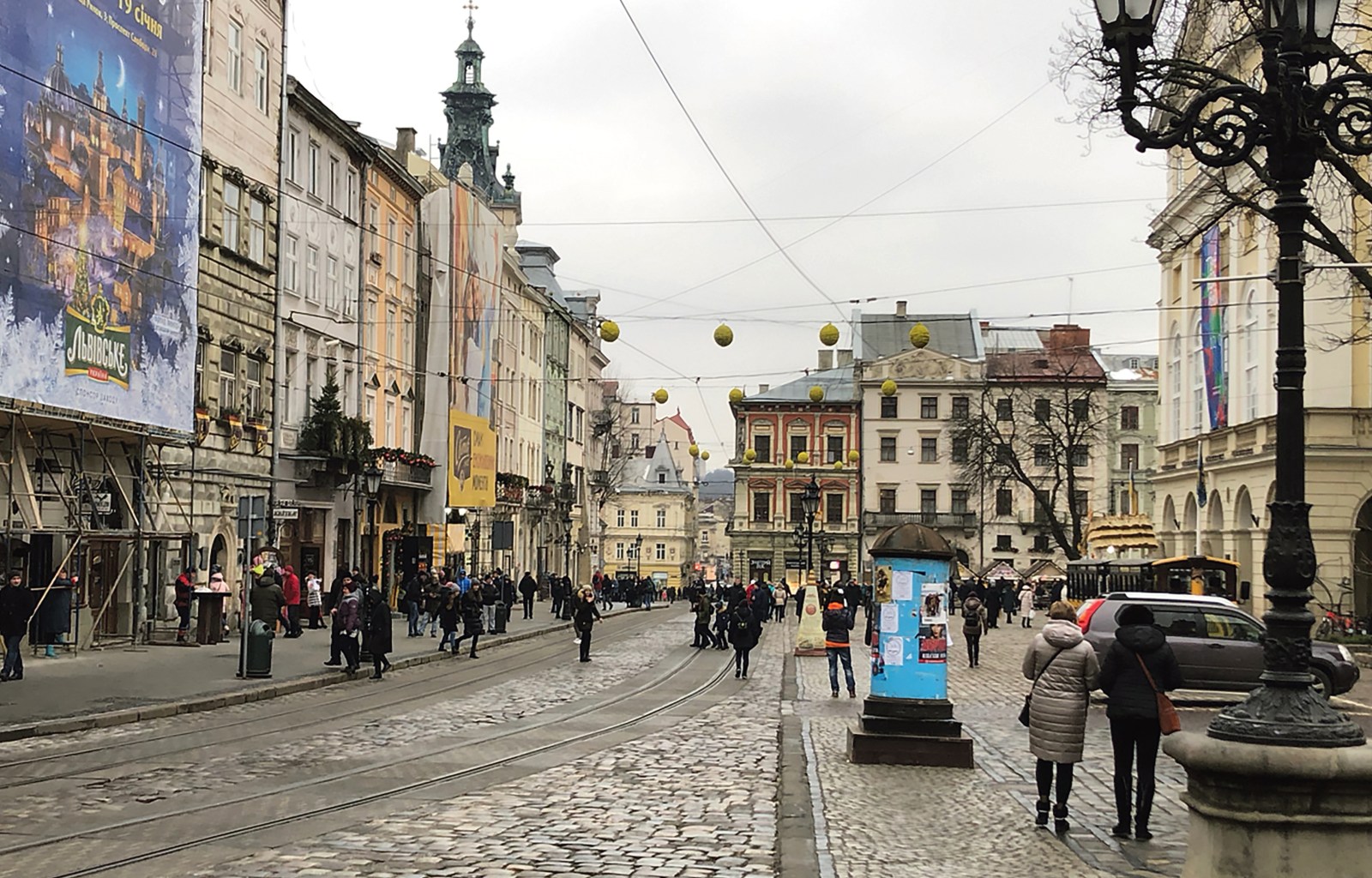 I brace for the destruction of my ancestral home, a historic, mysterious city, the place of my forefathers, and a prize fought over by power-hungry tsars and emperors.

As the Russian troops and killing machines move westwards across Ukraine, the people of Lviv are dismantling and storing away the town’s ancient cultural treasures and the train station is awash with people trying to get to Poland. That town has special significance for me; it’s part of my DNA.

My father was born and went to school there. My grandfather and great-grandfather lie together in the beautifully laid out Lychakiv Cemetery (“Łysakowska” in Polish). Established in 1787, it bears witness to numerous cultures and wars over the centuries and is a Unesco World Heritage Site.

It was there that I watched serene young mothers pushing prams, walking their children on paths under sprawling trees – and it was there that I discovered my forebears’ crumbling gravestone when I first visited Lviv in 2004.

Before World War 2, Lviv, together with a large part of today’s western Ukraine, was part of eastern Poland.

But that all changed after the war when Churchill, Roosevelt and Stalin redrew the boundaries of the new Europe at the Yalta Conference in 1945. Until then Lwów, as it was then known, was in Poland.

Current events have evoked vivid childhood memories, emotions and stories that I heard from my parents and the small Polish refugee community we’d been part of since my growing-up years on a dusty farm outside Cape Town. The conversation at Sunday gatherings was inevitably about World War 2, from which they had all escaped, fleeing first to Romania – as many are doing today.

I heard about the richly textured rural life led by a generation of landowners, all agronomists who ended up in South Africa after the war, where agricultural prospects were good, and where they started a new life. And now, about 80 years later, these buried stories from a former generation have come to life again.

In early September 1939, after Germany had invaded neighbouring Poland from the west, my father, his three brothers and my widowed grandfather (my grandmother had died of the Spanish flu in 1918) were gathered for Sunday lunch at my grandfather’s estate, which today is a five-hour drive south of Lviv on the banks of the Dnestr River. The estate was then in eastern Poland, not far from the then Russian border.

Though tense and anxious, the assembled Glazewskis did not feel immediately threatened. People were fleeing from the west and found shelter in the barn and other outbuildings on the farm. But then, in mid-September, one of my uncles who understood English was listening on his crackling family valve radio to the BBC World Service: they learnt that the Russian army had mobilised after the 1939 pact between Stalin and Hitler.

At the time, the family estate was situated about 10km from the Russian border, so my father and his three brothers made a quick decision to leave. They did so, crossing the riparian border into Romania. But prior to doing so they buried the family silver in a forest near my grandfather’s manor house.

So consumed was I by this story that, shortly before he died in 1992, I prevailed on my father to draw me a map showing the location of the buried silver. Against all odds I managed to recover the treasure with the help of my niece and two Ukrainian metal detector men in 2019, 80 years almost to the day after it was buried.

Witnessing the Russians now laying waste Ukrainian cities, I think with trepidation about the Armenian cathedral in Lviv where I viewed with pride the murals by the renowned Polish-born artist Jan Henryk de Rosen. My uncle had posed as a model for one of the angels as a teenager before World War 2. I recollect sitting in the pews one Sunday morning, taking in the smell of incense, imbibing the ancient rituals, in the shadow of my late uncle’s image on the walls of this holy place.

Throughout my life, the mention of faraway Lwów stirs up all kinds of feelings, a sense of solastalgia – loss and homesickness. This historic, mysterious city is the place of my forefathers; it is in my genes.

Before World War 2, Lviv was known as the third corner of the “cultural capitals triangle”, the other two being Vienna and Kraków. It was where Poles, Ukrainians, Armenians and Jews lived together. But it has also been a town of endless conflict and tumult, a prize fought over by power-hungry tsars and emperors, as evidenced by its various names. Founded in the 13th century, it was known as Leopolis (Leo’s town) in honour of Lev, the King of Galicia. During the Austro-Hungarian Empire it became Lemberg, and in the inter-world war period it was Lwów, in Poland. After World War 2 it became Lvov under the Union of Soviet Socialist Republics. Today it is Lviv in currently independent Ukraine. But to me, it will always be Lwów, the name etched in my bones and embedded in my heart since childhood.

It was in Lviv, a town with more than 30 synagogues on the eve of World War 2, that the Nazis committed terrible atrocities during the Holocaust. Today only one remains. An estimated 100,000 Jewish inhabitants in 1941 were reduced to fewer than 1,000 by 1945. On one of my early visits, during a city bus tour, I saw the area that had once been the Jewish ghetto; the Soviet-era tour guide told us nothing more than the fact that this was the town’s industrial area.

In Lviv I learnt first-hand about some of the Holocaust atrocities outlined in Philippe Sands’s remarkable book East West Street, with its focus on two jurists, Hersch Lauterpacht and Raphael Lemkin. Both Lwówians, they were law students at the city’s Ivan Franko University shortly before Jews were excluded from study on the eve of World War 2. By introducing the concept of “crimes against humanity” at the Nuremberg trials, Lauterpacht had played a central role in embedding the notion in international law, while Lemkin introduced the word “genocide” into the legal lexicon.

As I write this, I hear on the BBC World Service, as my uncle did more than 80 years ago, that the Russian army and its bombs are coming closer. DM168

Jan Glazewski has retired from the University of Cape Town, where he was professor in the Institute of Marine and Environmental Law. His short story My Father’s Map, about the recovery of family silver, can be accessed at www.emptymirrorbooks.com/personal-essay/my-fathers-map.