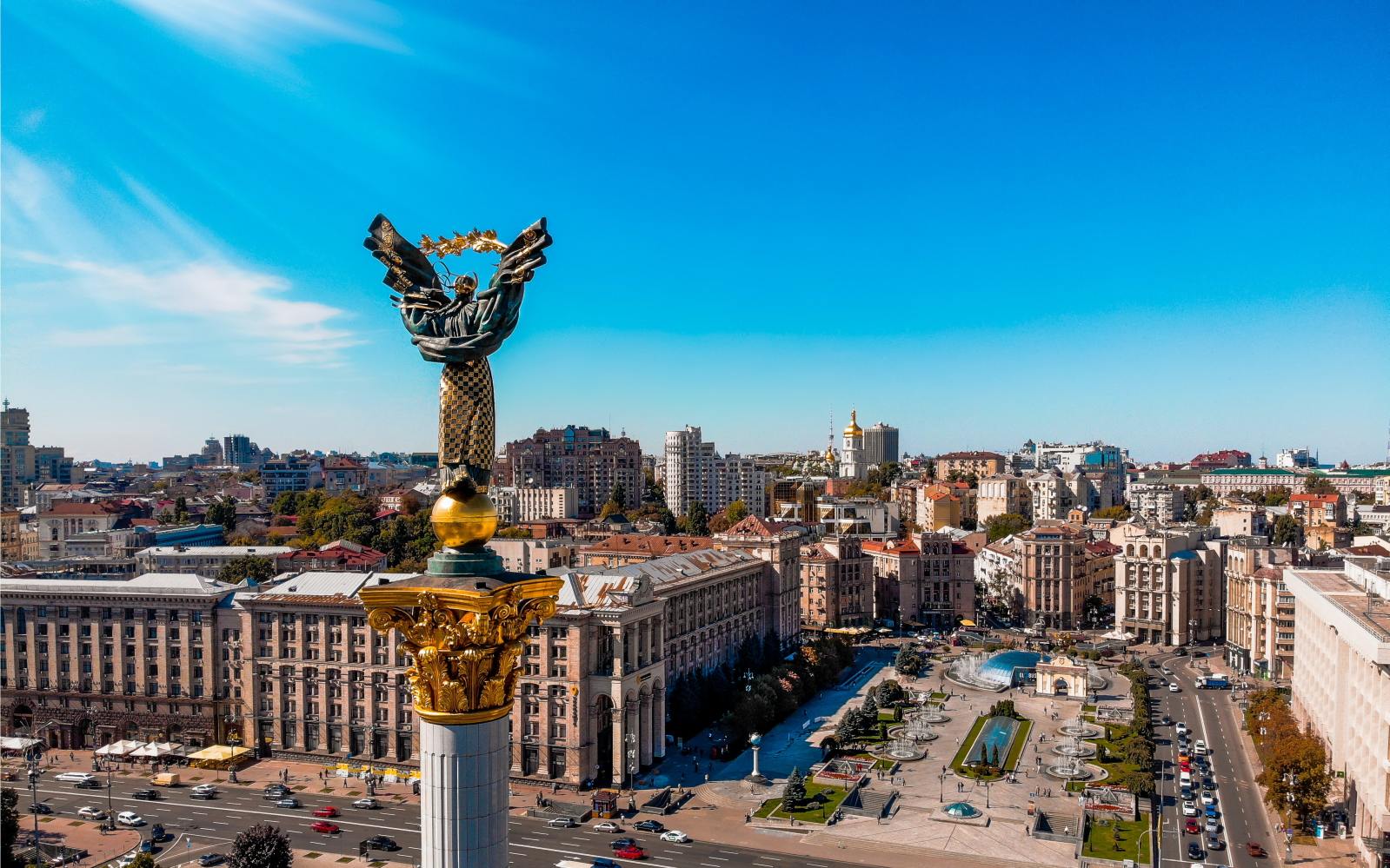 Ukraine is a country with a vast cultural heritage. It is dotted with sites of profound historic, artistic and archaeological importance – from Unesco world heritage monuments such as the Cathedral of St Sophia in Kyiv to exquisite examples of Cossack baroque architecture. But this rich cultural history is now at risk.

As the Russian war machine envelopes Ukraine and attempts to overwhelm Ukraine’s defences, its forces are indiscriminately targeting the civilian population. Heavy artillery, rockets and airstrikes deployed to break the morale of the Ukrainian people are also destroying cities and the priceless artefacts they hold.

Kyiv, Ukraine’s capital city, is under heavy bombardment. The city’s Museum of Natural History houses some of the earliest examples of architecture to survive anywhere, including huts made of mammoth bones, which date back 15,000 years to the Old Stone Age (Paleolithic period).

Perhaps the best-known artwork of Ukraine’s early civilisations is the Scythian pectoral (breastplate). Found in an ancient burial mound called Tovsta Mohyla (“fat barrow”), the Scythian pectoral dates back to the 4th century BC. Made of 24 carat gold and weighing 1.15kgs, it’s decorated with intricate and delicately modelled scenes of daily life and animals.

The pectoral’s current home is the Museum of Historical Treasures of Ukraine located in Kyiv’s Monastery of the Caves. The shelling of this museum would efface the archaeological and visual record of numerous cultures unique to Ukraine. Works of Scythian art were already taken from Ukraine during the Soviet period and fill Russian museums.

The 11th-century Monastery of the Caves in Kyiv is a Unesco world heritage site, among the most sacred in eastern Europe. It features underground caverns with chapels and miraculous relics. Above ground, the monastery boasts numerous churches and buildings that represent architectural and artistic styles from the Middle Ages through to the early modern period and into the modern age.

Another World Heritage site – and the jewel of Kyiv – is the 11th-century Cathedral of St Sophia. The cathedral dazzles visitors with its numerous golden domes and its richly coloured mosaics of saints and angels. If there’s one monument Putin would like to get his hands on, it is this cathedral, to which he wrongly traces the roots of the contemporary Russian State.

Another gem is the 12th-century Church of St Cyril, decorated with unique medieval frescoes and wall paintings by leading 19th-century symbolist artists. The church stands next to Babyn Yar, one of the largest mass graves associated with Nazi atrocities in Europe, which was recently hit by Russian missiles.

As the home of some of Ukraine’s great artists and writers, the city is dotted with museums that were once their homes, such as that of Taras Shevchenko. Ukraine’s foremost national poet and a prominent artist, Shevchenko fell foul of Russia in the 19th century for defying the ban on the Ukrainian language and for propagating Ukrainian independence.

Within Kyiv’s National Museum of Art are priceless icons (religious paintings of the medieval and baroque periods) and rare portraits of historical figures and Cossack leaders by such leading 18th-century artists as Volodymyr Borovykovskyi as well as some of the best examples of Ukrainian avant-garde painting. Many avant-garde artists faced repressive Soviet measures in the 1930s and their works were destroyed, which makes surviving examples all the more valuable.

The cultural inheritance of Ukraine is far from restricted to its capital. The Crimean peninsula boasts the remains of ancient Greek and Roman cities and medieval Genoese fortresses. The peninsula’s rich Tartar culture is represented by palace structures and a mosque in the central Crimean city of Bakhchysarai, once the capital of the powerful Crimean Khanate. Since the Russian annexation of Crimea in 2014, the native Tartar population has faced brutal repression.

In eastern and central Ukraine, baroque structures and neoclassical villas are the visible remnants of Ukraine’s Cossack Hetmanate State that lasted from from 1648-1764 and was often referred to as Ukraine. They combine current western European architectural and artistic trends with local traditions to form the unique Cossack baroque style.

Joseph Stalin associated the Cossack baroque style with Ukrainian nationalism and tried to destroy all works of art and architecture belonging to the Cossack period, making surviving works of this style a rarity. Medieval and Cossack baroque structures form the core of the northeastern city of Chernihiv, which has come under heavy bombardment in the past few days. Miraculously, thus far, no damage to the architectural monuments has been reported.

Spectacular fortresses positioned along steep riverbanks and country estates and palaces form part of the landscape of western Ukraine, and document the mixing of peoples and cultures: Ukrainian, Polish, Ottoman, Armenian, Greek. Here resides another of Ukraine’s urban gems and a Unesco World heritage site, the historic centre of the city of Lviv.

A lot has already been lost or destroyed. Museums in the homes of folk artists and folk production are found throughout the country. One such museum in the village of Ivanko not far from Kyiv was destroyed in a fire. It housed many works by one of the well-known and much-loved folk artists, Maria Pryimachenko, which are now lost forever.

The severely damaged city centre of Kharkiv, Ukraine’s second-largest city, once offered unparalleled examples of 20th-century modernist and constructivist architecture. Kharkiv reportedly is still under Ukrainian hands control. But much of its urban infrastructure has been reduced to rubble. The severity of the damage to it cultural inheritance is yet to be assessed. DM/ML

Olenka Z Pevny is an associate professor of Slavonic and Ukrainian Studies at the University of Cambridge.