The right months for eating avos? Any time you like 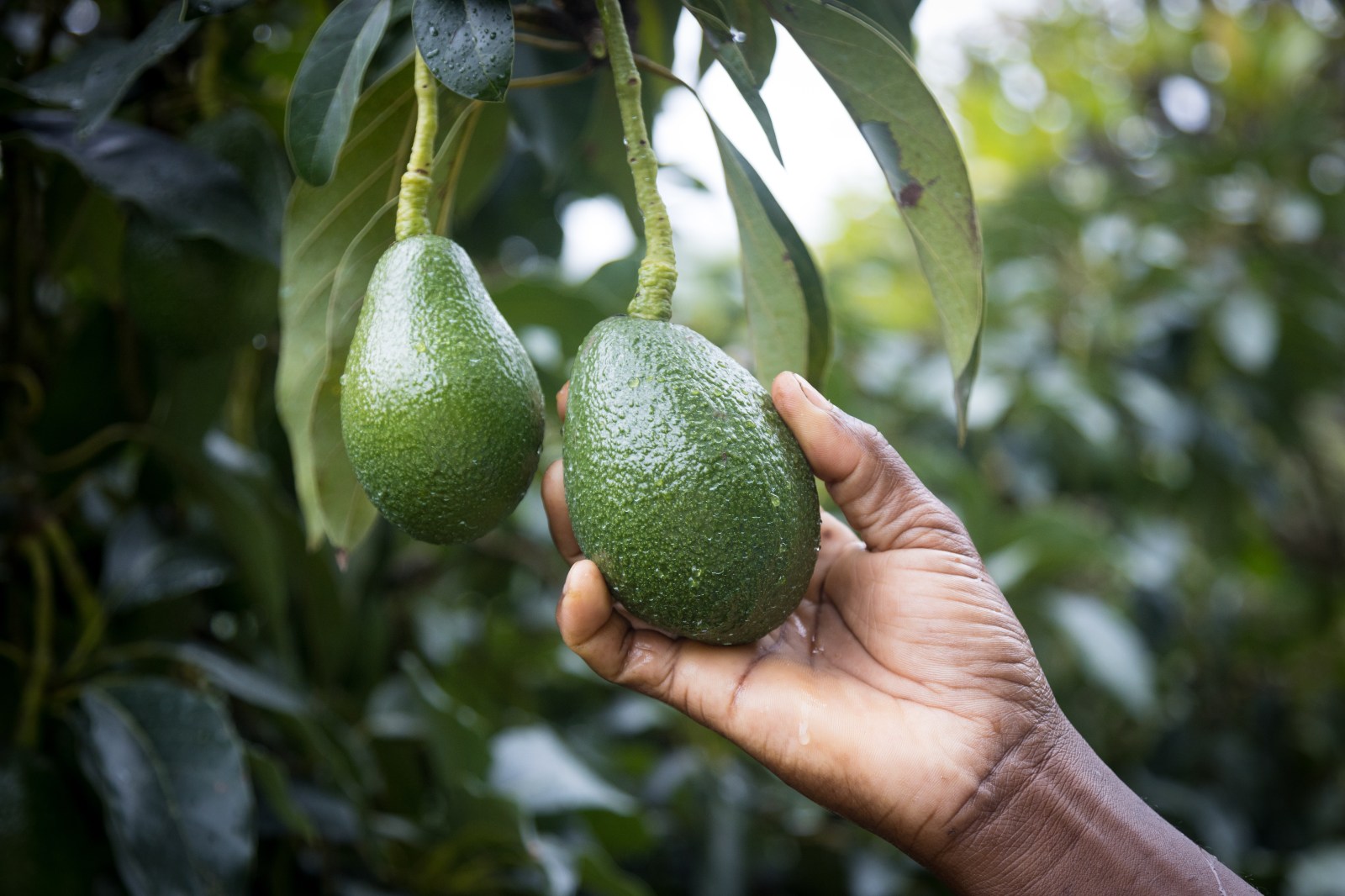 Avos, they are a superfood. (Photo: Johann van Rensburg)

Oranges in summer, really? Blueberries, asparagus and rhubarb in autumn? Brussels sprouts in spring and summer? And avocados? Well, we demand them all the time, in season or not, local or imported. A braai in December without avos? Puhlease, we’ll get some somehow.

Imported or forced, now that we know something about seasonal, environmentally conscious eating, we could really do without the fruits and vegetables that are not naturally in season in our own country. When they aren’t in season, we can eat something that is.

We wail at the prices of avos imported from Israel and Spain when ours are out of season. But we still buy them. They wouldn’t be importing them otherwise. We South Africans seem to think we’re somehow entitled to avocados all the time, no matter what it takes. It’s quite obsessive and berserk to be like this. But it is like this. We are like this.

You’ll hear ladies who lunch and families in steakhouses demand “some avo” or “some more avo” in their salads, any time of the year. The great South African pizza? It’s avo-and-bacon, with mozzarella cheese or what passes for it, of course. “Where’s the smashed avo toasty that’s usually on this menu? Well, I want it.”

I’m in an avo orchard under a humid, pearly sky near Tzaneen. From each tree hang our favourite pear-shaped, green-fleshed fruits. Yes, fruit because of the pip.

An hour ago, I dropped down here in a tiny plane.

I’d been wondering how and what to write about our distinctly national obsession with avos, regarding the extreme South African avo demand and the demanding thereof. Over recent years, I’ve read those little foldouts from grocery outlets about all-year-round local avo availability and it was never as promised. Then I read something by ZZ2, I admit better known to me as my favourite mixed-tomato supply people, also atchar-mango growing people. What I read yet again was about having local avos all year round. I hoped this time it might be true. That was a week ago. I’m here.

The scene I’m watching is Pinkerton avo picking. These are March-to-April-ripening avocados. When the notoriously avo-free months of December, January and February come, the picking scene is similar. Only the varieties, their terrains, their own microclimates, so the ZZ2 farms are different. The avos picked then are Galil, Itzamna, Simmonds and Shepard, even Reed avos for good measure.

This picking is speedy stuff. The men and women are ZZ2 employees who want to earn extra income from avo picking. The picking months were once highlighted on the calendar but the company can now provide picking all year round. There are some people, often women, who have become super-experts. Avo picking payment is per bag and it can be quite frantic, filling bag after bag as fast as possible, having it weighed, emptied and starting quickly again.

Yes, picking is constant. To ensure that we never lack locally grown, naturally and seasonally ripe, hand picked avos again, ZZ2 is providing a constant supply of avos all year, throughout every month now. At last, an incessant supply of real, ecologically grown avos, our nationally preferred fruit, is guaranteed, as Afrikado. Those salads, pizzas, toasties and even our version of not-so-very-Japanese sushi, avo sushi, can all come our South African way, without hiatus.

Never mind some of the idiosyncratic ways we have of eating our avos, they are a superfood. So they are healthy and consciously grown, at least as I now know, by ZZ2.

There always seems to be a but regarding superfoods and their production. The one for avos is that “they take a wasteful amount of water to grow”.

“They need not,” says Clive Garrett, the marketing director, also a champ cyclist. He mentions Natuurboerdery® often. It took me a while to figure out what “natou boudrais”, as it would sound in French, really was. I think he says it such a lot, it’s started sounding like that.

Over 20 years ago, ZZ2 realised that the world was changing fast in terms of responsible farming. ZZ2 was already starting to export. They began steering away from the old industrial style of agriculture and, through their new philosophy and associated methods under Natuurboerdery®, they began “farming in harmony with nature”.

There’s also no point in superfoods being super when they are grown with the assistance of pesticides. Nowadays, water is recycled and used cleverly, sparingly, held in the soils without wastage. The company’s own compost assists plants and natural waste products are used, boosting soil health without the synthetics and destruction. Probiotics are developed in situ so that the plants can withstand ailments and good old ways of growing trees on soil banks bear best fruit, so to speak. I can see some of these improvements from where I stand.

We stop at the ZZ2 offices for lunch. I can’t see any avos on the table. Tomatoes, certainly, are in the bolognaisey dish we fall upon hungrily, with a grated carrot and hanepoot raisin salad. And there’s that rather delicious ZZ2 pure tomato juice, most beloved of South African Bloody Mary imbibers.

I haven’t realised that the extent of the ZZ2 product ranges reaches far beyond my mixed tomato punnets and so many, many more kinds of tomatoes, the mangoes that I also knew about, then this enormous and widely extensive avocado range, some varieties grown on hilltops, others in valleys, for phenomenal climate and geographic variation.

However, there are onion farms, date forests, cherry farming, apple and pear orchards, stone fruit farming, almond growing and blueberry farming, all over South Africa and even in Namibia. Superfood farming I see is becoming prominent.

We visit the so-called packing sheds, where this morning’s Pinkerton avos are delivered, sorted, packed, stored cool, readied for distribution before my eyes. It’s dwarfing.

While the main ZZ2 agricultural operation broadens out from Mooketsi, the marketing is in Tzaneen and the guesthouse in Modjadjiskloof, a favourite historic area of mine. We have to be quick over and along the mountainous drive because of imminent load shedding, so that the kitchen can prepare dinner. It’s quite a special feast, this time making use of a few ZZ2 ingredients.

The snacks with the drinks feature, among other dips, an avo mousse, also a delicious impala kind of rillettes. Part of the dessert is a rich, dark chocolate and avocado mousse. It gets us talking about avocado as an ingredient in our favourite foods.

A real, chunky guacamole is hard to beat, we agree. One of my avo favourites is my mother’s savoury avocado ice cream that she would serve with curry. Another is Abigail Donnelly’s avo and lime loaf cake with its lime drizzle. A friend loves my baking eggs in half avos with bacon bits for brunch. A taste I find unforgettable was at the covered market in Fordsburg, where a man grinds sugarcane and mixes it with fruit juices. He mixed one for me with avocado. The talk is about avocado dishes almost till the lights go out, when a friend passes me a ZZ2 date to have with coffee.

Early cock-crow breakfast features fresh avo slices inter much comfort food alia, including giant ZZ2-cherry muffins on the table. We eat and drink coffees on the balcony overlooking the Modjadjiskloof valley, with but the lightest version of the famous silver mist rising.

The local market also features ZZ2 products like avos and tomatoes of course, onions and even dates. We pop in there en route to the nursery.

It’s responsible for all the new avo trees, with a scent the epitome of verdant. I see many of the summer season Reed variety starting new tree life in the recovery space, quite a beautiful place where plants can almost be heard growing in the silence. Cats roam outside to eat mice that like the botanic, natural growing medium. By green light, tender stems are grafted onto hardy, mother-country avocado rootstock.

“All trees come through me” says Braam the biologist.

The Natuurboerdery® depends quite a bit on two young natural scientists that persuade us to drink some of their probiotic muti and who also show us the natural fertiliser methods, unstinky and airy.

However, I’m the most impressed by the fact that we greedy-for-avos South Africans are assured everness of the fruit and that its own everness is better assured by ZZ2’s far-seeing, much-encompassing Natuurboerdery®, so impressed by the new Afrikado avo-varietals calendar that I’ve even been on a press trip, something I’ve very seldom felt inclined to do.

I must fly. I have two Pinkerton avos in my backpack. DM/TGIFood