Crony of Zimbabwean President Mnangagwa made about $90m...

Mnangagwa crony made about $90m in dodgy central bank deal, reveals explosive report by The Sentry 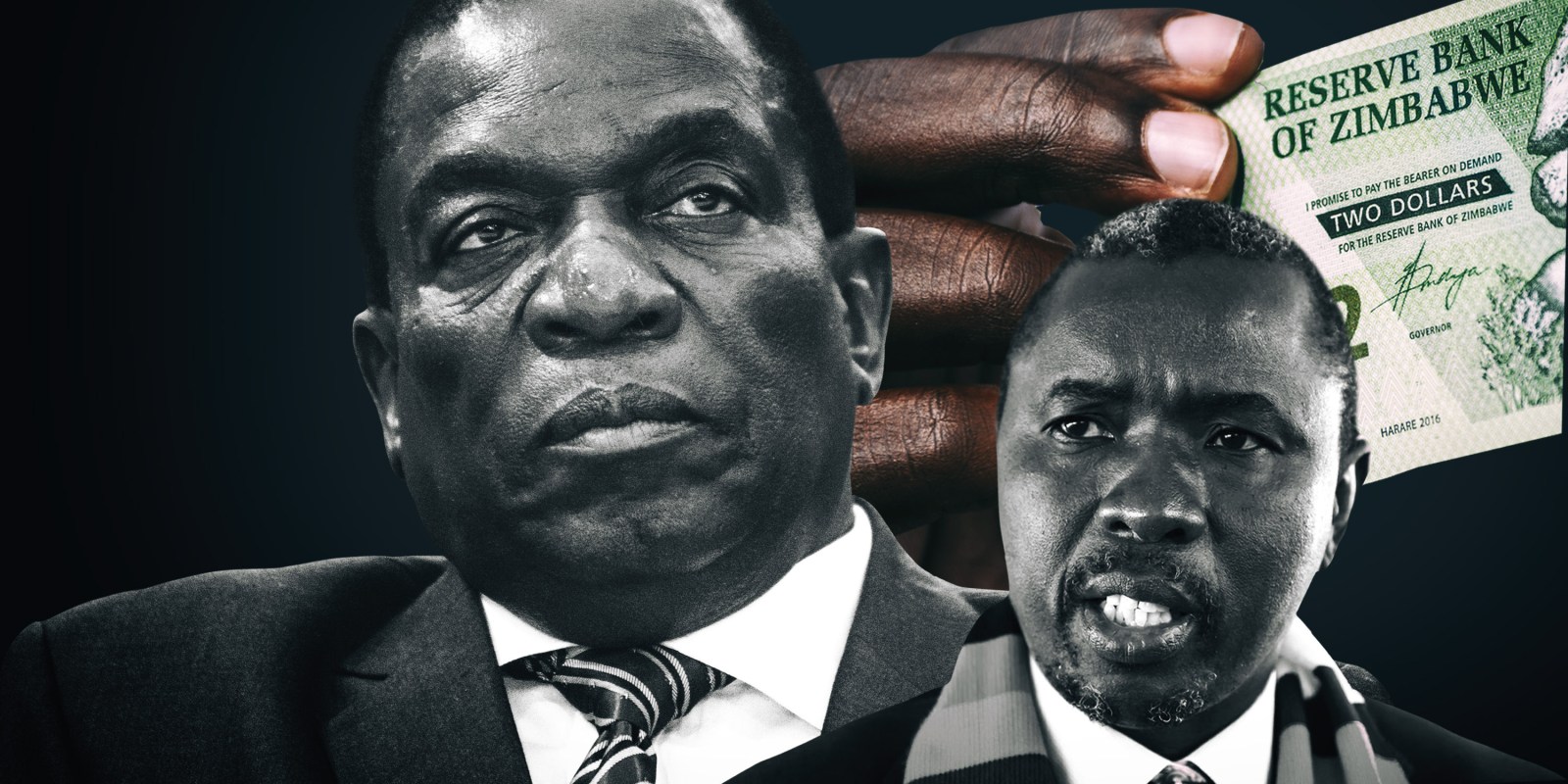 Kudakwashe Tagwirei, close adviser to Zimbabwean President Emmerson Mnangagwa, used some of the profits to buy gold mines and a platinum mine, according to a report published on Thursday by The Sentry, a US-based anti-corruption watchdog.

Tagwirei – an oil trader – used some of the profits to buy gold mines and a platinum mine, The Sentry, a US-based anti-corruption watchdog, revealed in a major report published on Thursday: Legal Tender? The Role of Sakunda and the Reserve Bank of Zimbabwe in Command Agriculture.

It said Tagwirei’s Sakunda Holdings won the $1-billion concession to run the Command Agriculture programme in 2016 without an open tendering process. And the Reserve Bank of Zimbabwe gave him local currency at far above the official exchange rate, in apparent violation of Zimbabwean law.

In a deep investigation, The Sentry found that Tagwirei’s companies earned about $280-million while running Command Agriculture from 2016 to 2019.

The programme was intended to boost agricultural production through the provision of inputs such as seed and fertiliser to commercial farmers. No official explanation was given for appointing an oil trading company to run an agricultural support programme.

The Sentry’s investigation found that, over the course of the three-year programme, Sakunda received $1.28-billion total – $230-million in hard currency and more than $1-billion in Treasury Bills – while providing inputs worth $1-billion: a surplus of $280-million.

One of the Treasury Bills, for $366-million, was improperly redeemed at a favourable exchange rate by the Reserve Bank of Zimbabwe after a new law that should have reduced the US dollar value of such assets, the report said.

“While others saw the US dollar value of their Treasury Bills fall, the Reserve Bank of Zimbabwe protected Tagwirei’s asset from this reduction in value when it was cashed in: the central bank sent more Zimbabwean dollars to his firms than it was obliged to by the new law.” That concession was worth at least $50-million and perhaps up to $100-million, for the oil tycoon’s companies, The Sentry calculated.

“The Reserve Bank of Zimbabwe’s decision does not seem to be in accordance with Zimbabwean law, and the International Monetary Fund reportedly blamed the Reserve Bank’s treatment of this Treasury Bill for bloating the money supply and contributing to inflation and the rapid decline in the value of Zimbabwe’s new currency from mid-2019,” said The Sentry’s report.

Sakunda, which denies any wrongdoing, testified in Zimbabwe’s Parliament that it received the favourable rate so that it could repay foreign suppliers – particularly of chemicals – in hard currency.

However, The Sentry’s investigation indicated that the Reserve Bank of Zimbabwe gave Tagwirei the preferential exchange rate for the Treasury Bills to allow one of Tagwirei’s firms to pay the government for some gold mines and a Zimbabwean military-controlled company for its share of a platinum mining joint venture with a Russian conglomerate.

Zimbabwe’s parliamentary Public Accounts Committee (PAC) has accused the Reserve Bank of Zimbabwe and the Ministry of Finance of acting “outside the law”, a charge which they both denied.

The PAC said the Reserve Bank of Zimbabwe acted unconstitutionally by issuing Treasury Bills to pay for Command Agriculture and many other projects, bypassing parliamentary approval of spending and borrowing. The PAC also accused the government of breaching procurement and public finance rules. In addition to the PAC, the Treasury’s own debt management office and the Auditor-General both raised similar alarms about the Command Agriculture programme and expressed concern about potential conflicts of interest.

Finance ministry officials told the PAC that Sakunda had been chosen to run Command Agriculture without a tender process because it had said it had its own – scarce – foreign currency and so was able to supply the government on credit.

But when it was put to these financial officials that the Reserve Bank of Zimbabwe had provided Sakunda with $1-billion of foreign currency in Treasury Bills, they could offer no satisfactory response.

“The programme may also have served as part of a system of patronage,” The Sentry said. At least some of the Command Agriculture programme recipients – who were not selected by Sakunda – were past or present members of the security forces. The Sentry also found evidence that the Reserve Bank of Zimbabwe may have been used to finance other politically motivated expenditure beyond Command Agriculture.

Justyna Gudzowska, the director of Illicit Finance Policy at The Sentry, said: “The central bank’s granting of a seemingly favourable exchange rate to an oil tycoon to pay a Zimbabwean military company for a Zimbabwean-Russian platinum mine doesn’t pass the smell test. It’s time for the Zimbabwe Anti Corruption Commission and police to investigate properly.”

Oliver Windridge, a senior adviser at The Sentry, said: “The $1-billion Command Agriculture programme was the product of a behind-closed-doors culture. Part of the solution is to embrace open contracting, making all contracts and payments public.”

The Sentry report’s recommendations, therefore, include procurement transparency measures that would allow Zimbabwean citizens to see how their money is spent. DM