Hot days in Addo frame an endless fascination with elep... 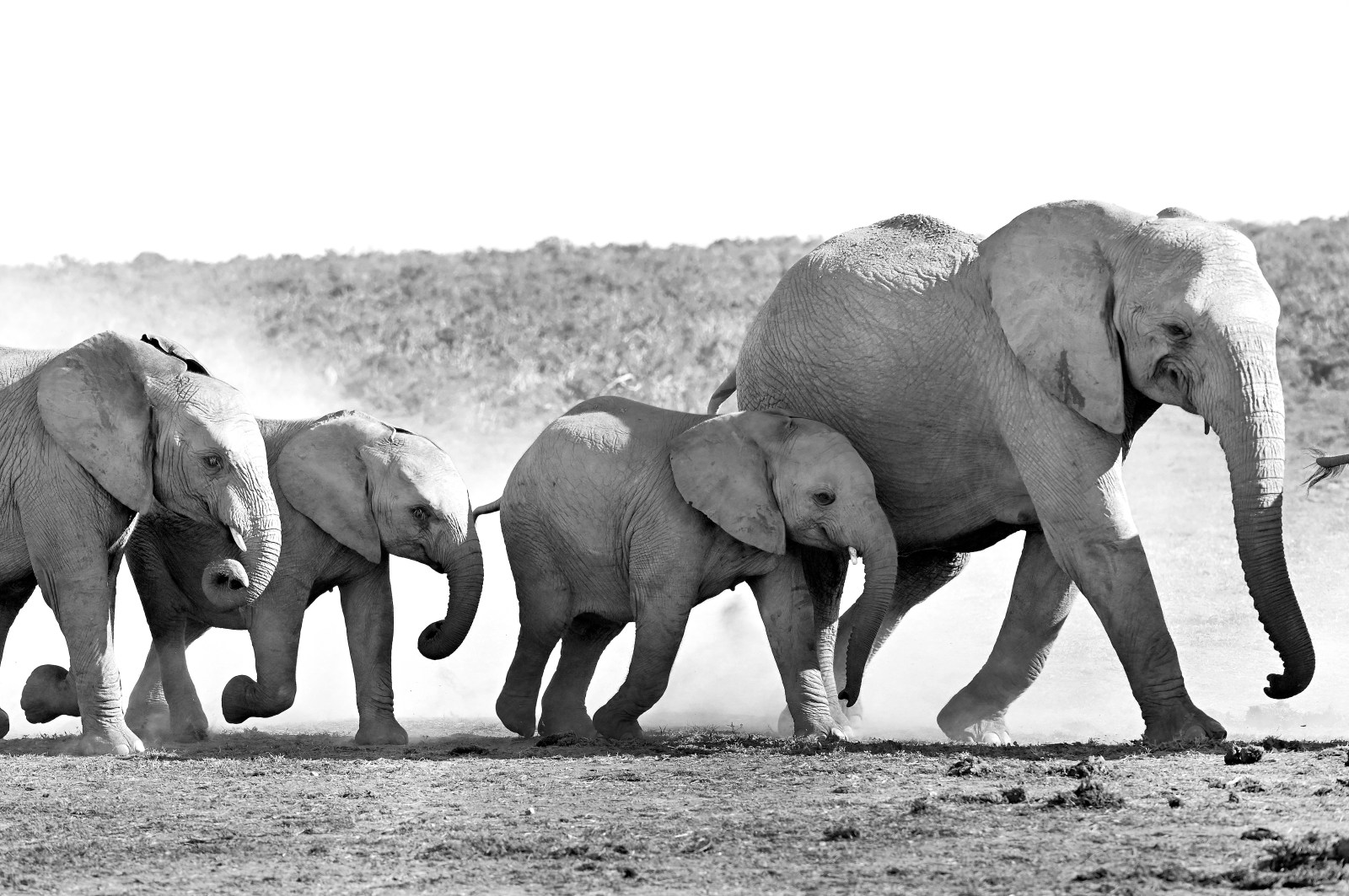 Dust flies as this herd of elephants just couldn’t wait to get to the waterhole and ran the last 75m at top speed to get there. It was 38 degrees in the Addo Elephant National Park on this day, and herds often have to walk several kilometres to get to water. They have to drink every day, and an adult male can consume more than 200 litres per day. (Photo: Anne Laing)

Elephant behaviour is fantastic to watch. Now that I live so close to the Addo Elephant National Park, I have a front-row seat to everything from elephant pool parties to standoffs with zebras.

In 2021, I was lucky enough to relocate from Centurion to a house directly across from the lower end of the Addo Elephant National Park in Colchester, about 40km from Gqeberha in the Eastern Cape. Addo was founded in 1931 and now covers 1,640km², making it South Africa’s third-largest national park, and it has more than 600 elephants.

I first went to Addo in 2003 after photographing a rugby Test in what was then known as Port Elizabeth. I added an extra day to my journey to go to Addo. From then on, whenever I had a photo shoot in Gqeberha, I added at least three days so that I could go to Addo. Now, living so close to it, I regularly photograph elephants and other wildlife in the national park.

It is fascinating to watch elephant behaviours, from two males who look like they want to kill each other, to others intertwining their trunks in a chilled manner.

My picture of the two aggressive bulls was taken while I was sitting in the passenger seat, shooting a rather funny standoff between some elephants and zebras wanting to drink at the same waterhole. For at least an hour, various elephants stopped about 25 zebras from getting close enough to drink until they finally let them quench their thirst.

Suddenly, I heard a loud noise on the other side of the car and grabbed my camera with the 70-200mm lens and jumped into the driver’s seat.

A herd of elephants was less than 5m away from me and were oblivious of my car. I took a few frames then drove a bit further away, just in case.

People need to use common sense. If you see a huddle within a herd walking along, the chances are that there is a baby in the group. The elephants can be on high alert and become protective, even aggressive. You need to be careful and show respect.

While I held back, waiting to reverse away from the big approaching herd, a man overtook me. He panicked and reversed at full speed around my car.

I knew it would be too dangerous to get out of their way by this time, so I stayed put. I was in a tiny hired car, and after I counted the 26th elephant walk past me, I could feel my adrenalin pumping.

Sometimes you can be watching several elephants play in the water when suddenly the matriarch (the female head of the family/herd) orders the herd to leave. A massive rush ensues as they obey and race to get out of the dam.

Recently, I was privileged to see a baby of maybe three days old sloshing around in Harpoor Dam. This is by far the youngest elephant I have ever seen in the water. Mothers are always at their side, but this mom was extra vigilant, keeping the baby safe from other adults playing in the water.

I also shot a video of a particularly big mother walking into the water with a very young baby. One could sense that she wanted to dive into the water but realised that her baby was underneath it. She waited until the calf was out of danger, then rolled upside down in the water.

On really hot days the dams become elephant pool parties and dozens of them get into the water. I have been to Harpoor and Rooidam when there have been more than 100 elephants at one time – either swimming or drinking from the sides or waiting to do one or both.

Elephants have many human traits. Maybe the most significant is that they also grieve over their dead. They have great compassion, for example gathering to make shade for a youngster that has collapsed from the heat, allowing it to recover.

Despite their size, elephants can run up to 40km/h. It is incredible to watch a herd that is within about 75m of a waterhole or dam on a really hot day. Suddenly, some members (often the younger ones) start sprinting to the water. It is also amazing to watch what they can do with their trunks. With more than 40,000 muscles in their trunks, elephants can lift extremely heavy objects as well as a single grain of rice.

On a good day in Addo, I can shoot more than 500 photos worth editing. Except for the two aggressive males, all the pictures on this page were shot in a single day.

Since moving here and going to Addo so often, my love and respect for elephants have grown even more. DM168