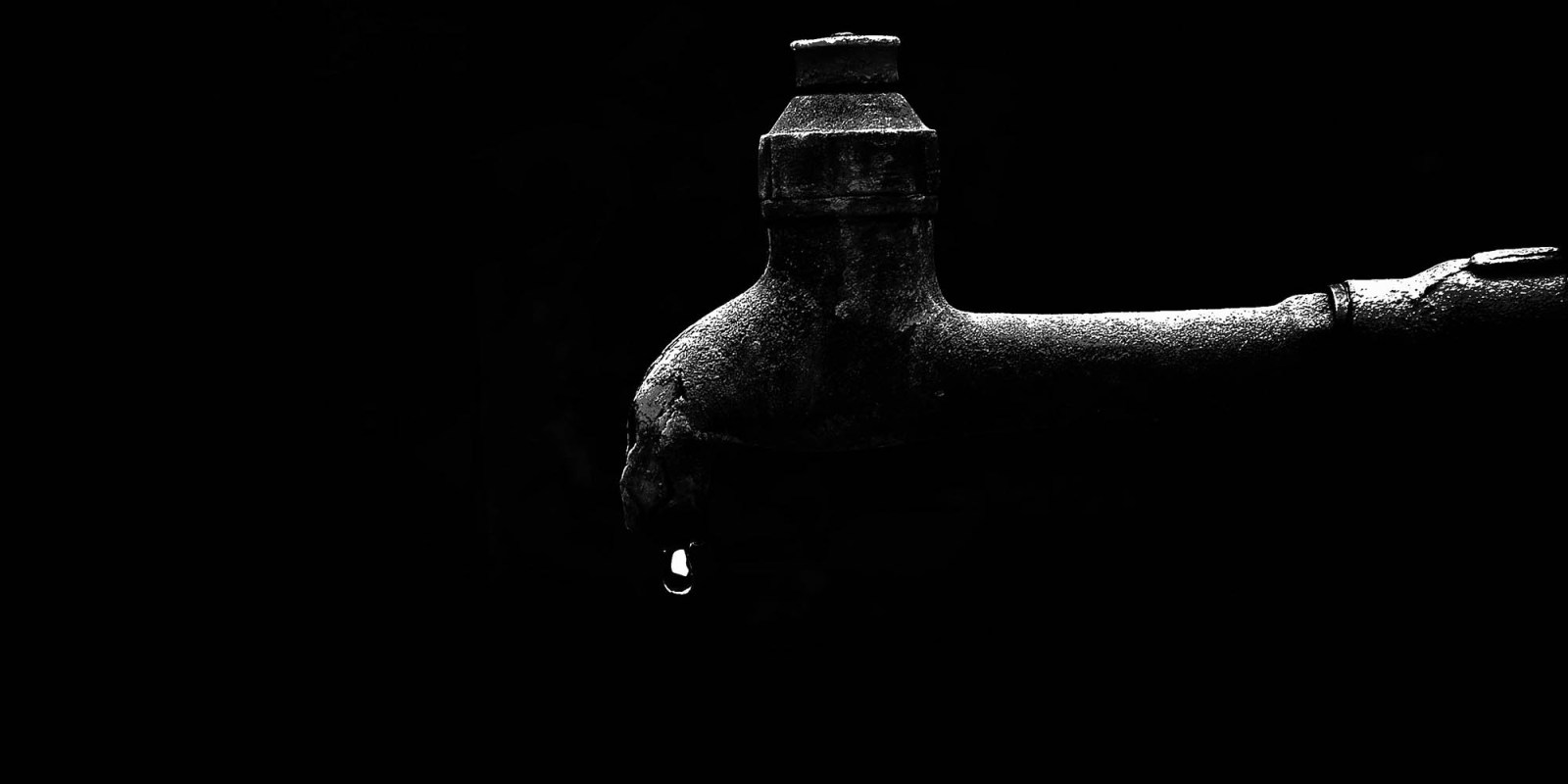 South Africa is one of the driest countries in the world and it is facing a 17% water supply shortfall in less than a decade — yet billions of litres of clean water are going down the drain every year due to leaking pipes and neglected infrastructure in towns and cities nationwide.

A senior official of the national Department of Water Affairs and Sanitation has chided municipalities that keep demanding more water allocations when several urban centres are losing 50% or more of their existing water supplies due to leaks or non-payment.

Leonardo Manus, the department’s Acting Deputy Director-General of Regulation Compliance and Enforcement, gave the example of a municipality that recently requested a 40% increase to its water supply allocation when 65% of its existing supplies were being lost to leaks.

“What’s the point of putting additional strain on our resources when we aren’t looking after our existing supplies? We cannot afford such water losses in a water-scarce country,” Manus said in a keynote speech at a webinar on 17 March to explore solutions to the country’s water infrastructure challenges.

Some of these concerns were echoed by Tshwane municipality’s water demand manager, Leseko Lekubu, who noted that municipalities also lost significant revenue due to water leaks.

“The more you lose from leaks, the more your tariffs have to increase. You can’t go on doing that.”

Ethekwini municipality senior investments manager, Linda Enicker, noted that water sales make up 13% of her municipality’s revenue (in a city that was recently revealed to be losing up to 54% of its water due to leaks and water theft)

Manus told the webinar — hosted by the Development Bank of SA in partnership with the National Treasury and the European Union — that there was not enough money to address South Africa’s looming water supply shortages. As a result, the government had little option but to start collaborating more closely with the private sector to raise funds for new infrastructure and rehabilitation projects.

In a candid acknowledgement of some of the problems within his department and the water sector, Manus said his department had “taken its foot off the pedal” by curtailing the national Blue and Green Drop monitoring schemes.

He also noted that the department had been through a succession of 15 heads in the past 20 years.

However, the Green Drop wastewater scheme resumed last June and the first report is due to be released shortly.

“But it won’t give a restatement of the problems. It’s rather going to diagnose problems” so that government is in a better position to restore functionality to wastewater treatment works.

Manus said it was also critical to focus on the rehabilitation and refurbishment of water infrastructure before spending on new capital projects. Several dams had lost much of their capacity due to sedimentation, while South Africa also faces a 17% water supply deficit by 2030.

Apart from raising the height of existing dams and building new dams and supply schemes, it was equally important to focus on maintaining existing resources. Too many people were experiencing the “raw end” of sewage spilling into streets.

“Sewage spills are unacceptable. Dysfunctional wastewater treatment works are also unacceptable,” he said, recalling outbreaks of typhoid fever in Delmas in 2005 and 2007 after untreated wastewater contaminated an aqueduct.

On where money would come from to remedy water quantity and quality problems, Manus suggested it was time for more lateral thinking, including more collaboration with the private sector.

“Alone, government cannot do what we want to do and what we have to do… we are not talking about ‘privatisation’, but about private sector collaborations.”

DBSA “disruption specialist” Johann Lubbe told the webinar that the development bank and the national Department of Water Affairs and Sanitation were hoping to establish a new “Water Partnership Office” modelled along similar lines to the Independent Power Producers (IPP) Office in the Department of Mineral Resources and Energy to drive new renewable energy projects.

The aim of this new water partnerships office was to provide a “one-stop shop” to assess the bankability, feasibility and implementation of water projects, and also assist with blended finance via the private sector.

There were also plans to place greater focus on the reuse of water, including large volumes of sewage and wastewater currently dumped into the ocean by coastal cities.