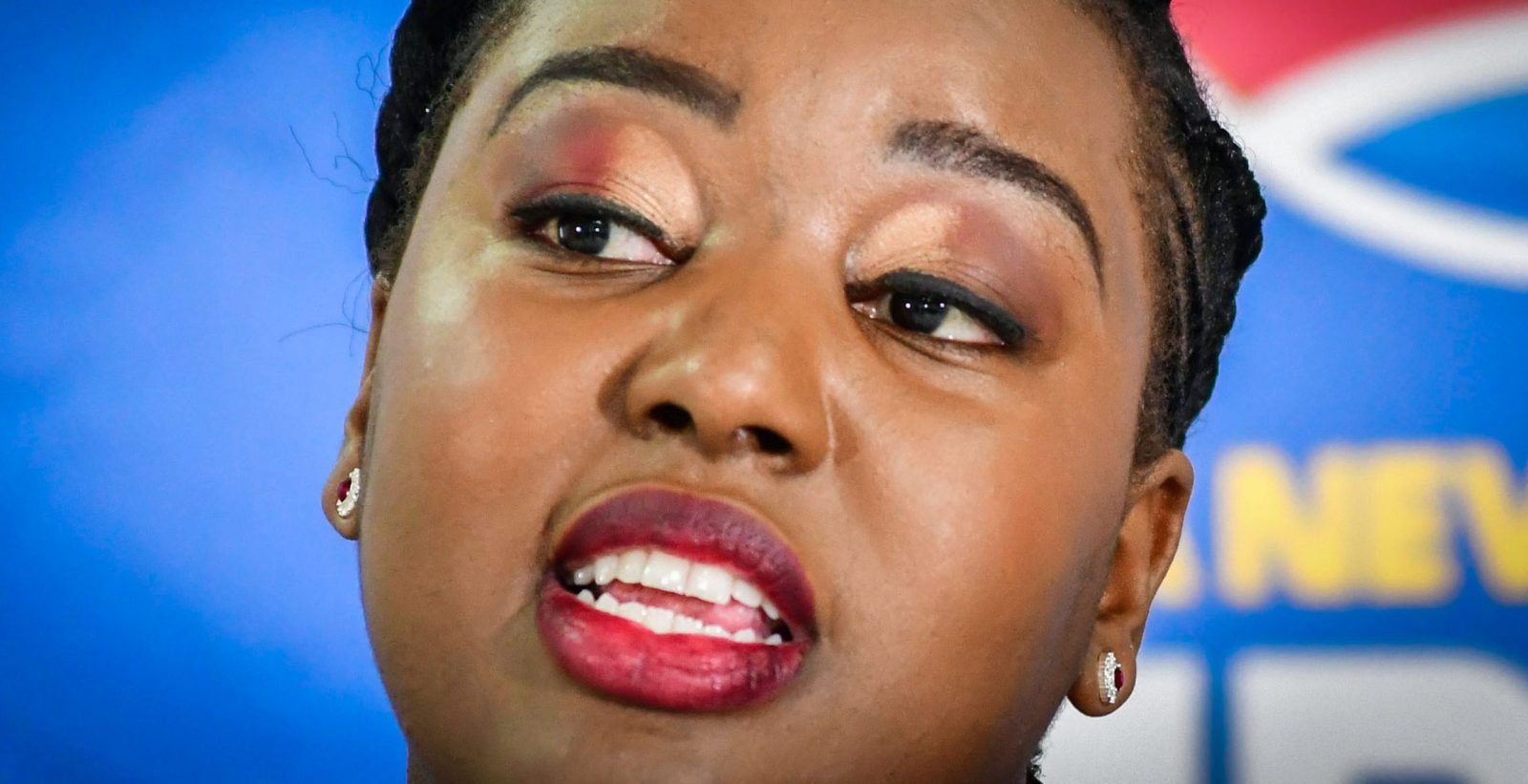 Mbali Ntuli, who ran against John Steenhuisen for the position of DA leader in 2020, has resigned from the party.

Ntuli, who will also be resigning from her position in the KwaZulu-Natal legislature, told Daily Maverick that after 15 years in the party, “I think I have done my bit and I am ready to do that elsewhere”.

I have today resigned from the Democratic Alliance. I have attached my letter below. ❤️ pic.twitter.com/QwIeyuDF1Q

“I feel like I have a lot of energy and a lot of ideas. I am trying to explore different ways of being useful to the country. I want to get back to communities, I am feeling very confined where I am now.

“I want to stretch myself [as a leader]. I have done as much as I can to do some of those things in the DA, but I think it is a good time now to exit the stage,”  she said on the eve of her announcement.

Her resignation follows those of other prominent figures – notably Lindiwe Mazibuko, Mmusi Maimane and Phumzile van Damme – who left the party in recent years to pursue careers in the non-profit sector. Others, such as Bongani Baloyi and Athol Trollip, have joined ActionSA, the new political home of former Johannesburg DA mayor Herman Mashaba.

Ntuli’s disentanglement from the DA has, at least unofficially, been evident for several months. On her personal Twitter account the relatively prolific tweeter has rarely mentioned the party.

Asked if she had emotionally abandoned the party some time ago, she said: “I think there has definitely been a long period of being generally disappointed. I can’t always tweet about things that I am no longer feeling passionate about, just because of who I am. Also, I don’t want to answer questions about things that I might disagree with. I also didn’t want to be in a position where I constantly had to be calling the party out. I think I have been forthright in the way I feel about many things.”

When asked if she would continue to vote for the DA, she replied casually: “I will see what happens in the next elections and which party best speaks to me.”

Ntuli’s 2020 campaign for party leader was grounded on the premise of “Let’s save the DA, so we can save SA”.

She branded herself as “kind, strong and fair” while running on a ticket of empathy and inclusivity, saying at the time: “I have run my campaign showing that what I want from this party is for everyone to feel included. The idea of diversity as one of our principles should be the one cherished the most. We need a new way of politics.”

Although Ntuli was a media darling in the lead-up to the election, her message did not resonate with the vast majority of DA representatives. Steenhuisen secured 79% of the vote.

Ntuli told Daily Maverick that her resignation would allow her to pursue her core interest: working alongside communities. Her strength in this regard has been acknowledged by her peers, who credit the work she did with then KwaZulu-Natal leader Zwakele Mncwango for significant DA victories in uMkhanyakude, in the far north of the province.

But she was also saddened, she said, that the years of constituency work she put into the northern areas had since been neglected. The DA lost all but one seat in the uMkhanyakude District in 2021, which made her “really emotional”.

“It is as if the party gave up on the strategy of being in those communities.”

Of her desire to empower communities, Ntuli said: “I am going to start an organisation that is going to find change-makers. People that are basically doing the work of government without the help of government, and in parallel structures in communities. I want to raise money to help them and make them proper change-makers in their communities [where they can] have an impact.”

She had good relationships with most of the DA team in KZN, she said, and it was these colleagues who she would miss the most. But, she emphasised, there were those in the party that she would be happy to “never see again”.

She urged the party to formalise an independent “sounding board” to help better unpack its decisions, and reiterated that many decisions were made within an “echo chamber” and therefore lacked objective scrutiny.

She said she would not be joining any other political party “for now”, but added that “politics is in my blood”.

“I am steering away from politicians, just jumping from one organisation to another. I do not want to just be comfortable. I want to challenge myself. I am not formally going to be talking to anyone in the political space. I am also scared of using the word ‘movement’ now because it is such a smokescreen for people who are in politics… who went into the ether to start a political party and said it was a movement. Mine is going to be able to help change-makers in the community.”

“As the DA in KZN, we would like to take this opportunity to thank Mbali for her contribution to different party structures over the past 15 years. We wish her well as she begins a new chapter in her life journey.”

KZN-born Ntuli lost her father – taxi boss Big Ben Ntuli, who also chaired the Long Distance Association – at the age of eight, which she has admitted had a profound impact on her life. She attended the prestigious Wykeham Collegiate in Pietermaritzburg before obtaining a bachelor of social science degree from Rhodes University, and has also run the family taxi business.

She has served as the DA’s provincial chairperson for young people, as DA Youth federal leader, and the KZN campaign director for the party.

Ntuli lives in Durban, has one daughter, and is expecting a second child.

At the time of her resignation she was an MPL serving in the public works portfolio. DM

This article has been updated with comment from the DA.